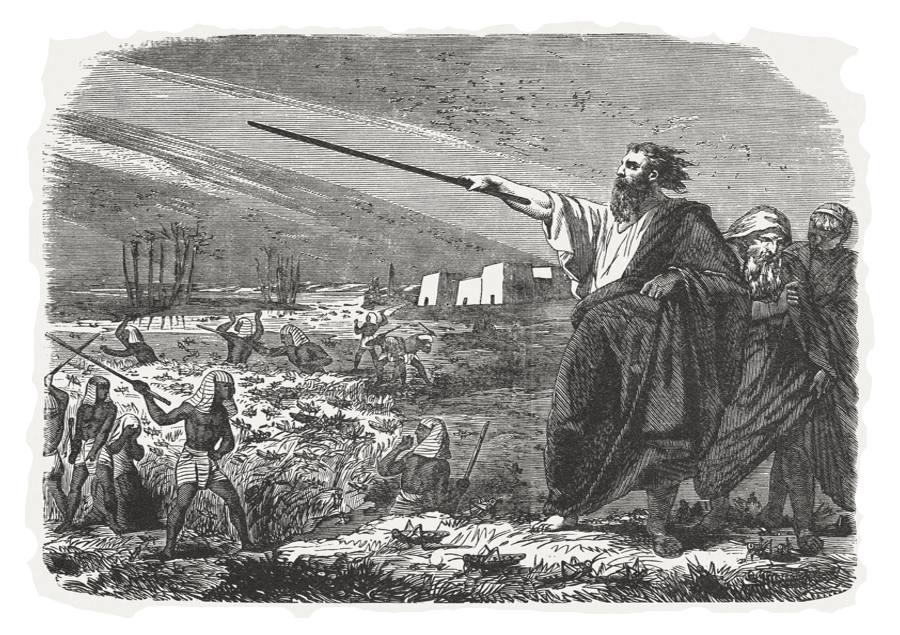 It came out on Passover, of all days, which is also Good Friday: Shalom Auslander’s New York Times op-ed, “In Time of War, I Propose We Give Up God.” He’s in favor of “killing gods.” I agree, but only if it’s about doing away with false gods — and that includes the fake version of God that Auslander mistakenly thinks Jews and Christians worship.

He makes up a false god no one believes in, declares his disgust at this god, and explains why no one should believe in it. What’s the point of that? Where’s the entertainment value, even? Apparently he thinks this god is the God we worship; apparently The Times considered his fiction worth passing along. Too bad some people will believe it — which is why it’s worth a rejoinder.

Raised as an Orthodox Jew, Auslander is appalled at what the rabbis taught him starting with the killing of innocents in the Exodus account. “Perhaps now,” he writes, “as missiles rain down and the dead are discovered in mass graves, is a good time to stop emulating this hateful God. Perhaps we can stop extolling his brutality. Perhaps now is a good time to teach our children to pass over God — to be as unlike him as possible.”

How confused can you get? We are unlike God. He’s infinite, we’re not. Doesn’t that count as different? In every critique he makes of God, he imagines God being like us. He gets God all wrong, and thus he gets his critique all wrong, too. He needs a better view of God, and a better view of humans, too.

A Better View of What God Is

If Auslander is going to critique a story, he ought to at least critique that story, not some other of his own devising. Instead he complains about God’s “cursing all women for eternity because of Eve’s choices,” and throwing Adam out of Eden “for eating an apple.” No, God didn’t just come down on them for “choices” (you and I both know why Auslander used that word for Eve), or for eating an apple. He did it because they rebelled against God, and rebelling against God is no small matter.

I have to wonder, what’s the point? Where’s the entertainment value in it, even?

Ausalnder seems to have mixed up the biblical account with some fable, where God is just one of the characters, There’s Adam, there’s Eve, and then there’s that other guy who has a lot of power and a bad temper. That’s just illiterate. He can think it’s a fable all he wants, but he ought to at least read what it says. God is no mere character here; He’s the ruler of all reality.

His exalted place in the universe is clear from the first words onward. “In the beginning, God.” You must realize how unique that is. Every other creation account starts with God or the gods and something else. This one starts with God alone. Others start with the gods dealing with some problem, fighting against each other, or against chaos, for example. The God of the Bible has no such competition, no such problem.

A Better View of Our Problem With God

Prior to creation, there was one reality and that reality was God. After creation, there is still one overarching reality ruling over all, and it’s still God. He is the God of all reality. So when God created Adam and Eve in perfect fellowship with Him, He also created them in perfect harmony with all of reality.

Eve’s “choice” was to say in effect, “This is all fine, God, but I can build a better reality than You did.” No, she couldn’t. She could never do better than God’s infinite love. And no one can rip off a corner of God’s reality, and make a different reality of her own.

So Eve’s “choice” was rebellion against reality itself, and so was Adam’s. It’s no wonder there were consequences, and no wonder that Adam and Eve’s descendants inherit those ill effects.

A Better View of Who God Is

God as mortal? That makes about as much sense as, “If horses had wings that flew into outer space where the air is made of lemonade fish, then …” — but why even finish the sentence like that? A mortal God is no more possible than a lemonade fish in the vacuum of space. Start a sentence that way, and there’s no point continuing it. It starts in nonsense; it can only end in nonsense.

Human justice is limited by space and time, but God is far too great to be cornered in like that.

It would appear that Auslander thinks there’s only one way to see God: That He’s like one of us. He did become one of us, in the person of Jesus Christ. Even there, though, in Jesus’ life, we see perfection of character that’s unparalleled in any other person, living or dead. Jesus towers far above all the rest. He is without match, even in literature or fiction, so that (as I’ve written in Too Good to Be False) even His story stands far above every other. This is our picture of who God is: Great in love, in power, in authority, and also in judgment.

But Auslander imagines God as a small thing, subject to the same rules of justice as His creation. Yes, God is just. You might almost say His character “requires” Him to be just, for He cannot deny His own nature. Human justice is limited by space and time, but God is far too great to be cornered in like that. The Judge of all the earth will indeed do right.

A Better View of What God Does

Auslander doesn’t see it that way. He’s appalled at the way God kills innocent people in the Bible. But that’s just … laughable. Auslander has no idea what an understatement he’s making, if he’s right. God presides over the death of every human who’s ever lived. So if you’re going to call Him unjust for the Exodus, why be so picky? Call Him unjust for everything!

And I suppose he would do that, because he doesn’t know what God does to maintain justice. He imagines God in human terms, as if God killed people the way humans do. He couldn’t be more wrong. When we kill, the person is gone — from our world, anyway. We’ve done the deed, and it’s over. If it was unjust, it was unjust for keeps, as far as we can do anything about it.

When God takes a life, He doesn’t end it, He transplants it, you might say. He takes it away from one place and moves it to another. The person remains. God has all eternity to afford him the justice he deserves.

A Better View for Us All

Be cautious how you read all this, though. This isn’t just about Auslander. We’ve all got the same bad tendency, believers included. Even if we know that Auslander’s small-g version of “god” isn’t real, we still have to guard against whittling God down to size, making Him less of the Sovereign King of all reality that He is. We, too, are prone to inventing “better” ways to make ourselves and our families happy, as if we could do better than God. We need a better view of God than that!

That’s the bad news. There’s good news, too. The same day The Times published this piece, Good Friday, is the day we mark Jesus’ dying to redeem us of our rebellious ways. Through Jesus, God offers His loving forgiveness to Auslander, to the publishers of The Times, and to you and me, for we need it just as much as they.

God is so much better than they imagine He is. I can guarantee He’s infinitely better than you or I realize as believers, too. We could all use a better view of God.

Tom Gilson (@TomGilsonAuthor) is a senior editor with The Stream and the author or editor of six books, including the recently released Too Good To Be False: How Jesus’ Incomparable Character Reveals His Reality.ls us how bad that god is, and why no one should believe in it. If you get God wrong, you get everything wrong. And I have to wonder, what’s the point? Where’s the entertainment value in it, even? Apparently he thinks this god is the God we worship. Apparently The Times thought it worth passing that along. Too bad some people are going to believe it — which is why it’s no waste of time to write a rejoinder.

What Does the Old Testament Teach About Self-Defense and Private Property?