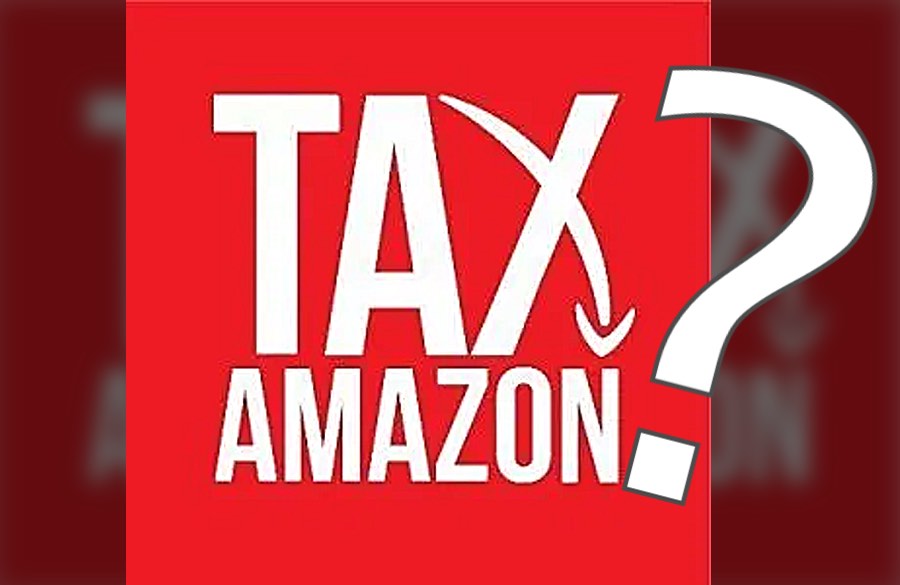 A few days ago I drove the streets of downtown Seattle to see what the city looked like, with some hundred thousand employees of Amazon, Google, and other companies working from home. I fell behind a slow-moving car with a cardboard sign in its back window reading “Tax Amazon!” Horns were honking, and I found myself caught in a sparsely-attended demonstration of about three cars and one shouting woman on the corner.

This is the Northwest, where the sun brings out protestors like tulips. I turned right on Fourth Avenue (I prefer right turns in many ways) and escaped that mini micro-aggression of a traffic jam.

Eleven years ago, as it happens, a more vigorous Tea Party demonstration took place further right down 4th Avenue. The small-government Tea Party movement began, by some accounts, in the heart of a city now fought over like street gangs by socialists, environmental activists, and woke capitalists. The two largest demonstrations I have witnessed here both involved conservative Americans concerned about the state of their country. The other was a demonstration against Iran on the University of Washington campus during the Carter era when I was a sophomore.

“Tax Amazon” brought Nancy Pelosi to mind. She has lately appeared on TV in a mask, looking like a bank robber as she demands three trillion dollars from our children and grandchildren for a new spending bill. She wants to use that wealth — $9,000 from your pocket, $36,000 if you are a family of four — to pay her party’s constituents, including public employees of states who have been promised lavish benefits by their bosses. That’s in addition to the $300,000 that’s already my family’s portion of the national debt.

Can Amazon pay for all the goodies that Nancy Pelosi promises? In fact, Amazon pays about a billion dollars a year in taxes. They keep the bill low by investing hundreds of billions of dollars. I have no objection to making tech billionaires pay more than they are. But you could snag every penny of Jeff Bezos’ money, and still only offset about six days of this year’s deficit spending alone. In doing so, you would destroy what may be America’s most dynamic and creative private company, which now employs a million people. Harvest those golden eggs, by all means. But don’t cook the geese that laid them in a fit of genocidal or suicidal passion.

Reckless spenders like Nancy Pelosi are bankrupting America at a rate that would make the fall of ancient Rome look sedate.

“But the world is in crisis!” you object. “People are out of work and hurting! The government needs to take on extra responsibilities at a time like this!”

I understand. My family has taken a blow, too. We will no doubt need to compromise with the bandits, and engage in more deficit spending over the next year or two.

But even before this crisis, in good times, “the best times ever!”, the federal government was plowing a trillion more dollars a year into the sod than it took in as revenue. What our children owe the country’s lenders was mounting with each passing day. We were already the grasshopper who played all summer long and laughed at the industrious ant. Winter would never come, we blithely assumed.

The Democratic Party planned to spend much more. Their presidential candidates promised to spend up to fifty trillion dollars ($150,000 per person) beyond our present astronomical liabilities. In their debates, hosted by the left-leaning media, hardly a peep was heard about federal debt.

One has to ask: Is it a coincidence that the party of Michigan Governor Whitmer, who banned gardening but kept abortion mills running because killing the unborn is “life-sustaining,” as she put it, is also the party that wants to bill newborns who survive for their endless, unfunded spending?

“Tax Amazon!” Sure, but where will that money go? Will it pay down the debt, or buy more Chinese surveillance drones and hire more Diversity Czars and Environmental Police to squeeze the private sector even further?

Short-term spending may be necessary, but it is time we demand that our “leaders” make long-term plans to pay down this sinful and cruel debt. Getting our house in order will be hard: it will require cuts in entitlements and, yes, raising some taxes. There are no easy solutions, because we have spent ourselves into a hole. But it is grossly immoral to continue spending our children’s money, and it will destroy our country.

Time to Throw a New Party

But first, let us throw another party. A party for cheap-skates. A party for responsible adults who love their country and want to see it thrive.

I prefer the word “party” over “protest.” After all, America is a country “of the people, by the people, and for the people,” as Abraham Lincoln put it. Party connotes a celebration of the grace which God has shed on America. You invite all kinds of people to a party. The point isn’t to exclude, but to come together to seek the good of our beloved nation.

No doubt some will call us racists. (That’s how the Democratic Party gets votes, these days — pathetic, I know.) They will paint protestors as gun-crazed, pot-bellied, glaze-eyed, suspenders-wearing, cult-like extras from The Handmaid’s Tale. They may even sic the FBI on us, like Barack Obama did.

We need to be smarter than our opponents, because we are fighting for a great land. We need to create a broad-based movement — multi-racial, class-inclusive, positive but stubborn, well-spoken but passionate — to return our country to a sound fiscal and moral basis.

This generation of Americans face four great challenges. We are only part-way through a deadly pandemic. Tens of millions of Americans are out of work. The rise of an ambitious, self-righteous, and sometimes ruthless China has charged the geopolitical landscape with danger. Then when we open our collective purse to deal with these challenges, instead of funds laid away for a rainy day, we find a series of huge IOUs. Yet our heedless, officious, bread-and-circus promising robber baron politicians deign to spend trillions more, while activists attack the companies that create wealth.

Time to throw those tea leaves overboard, and recover who we are.

Open Borders, Not the Wall, Would Be the True Immorality