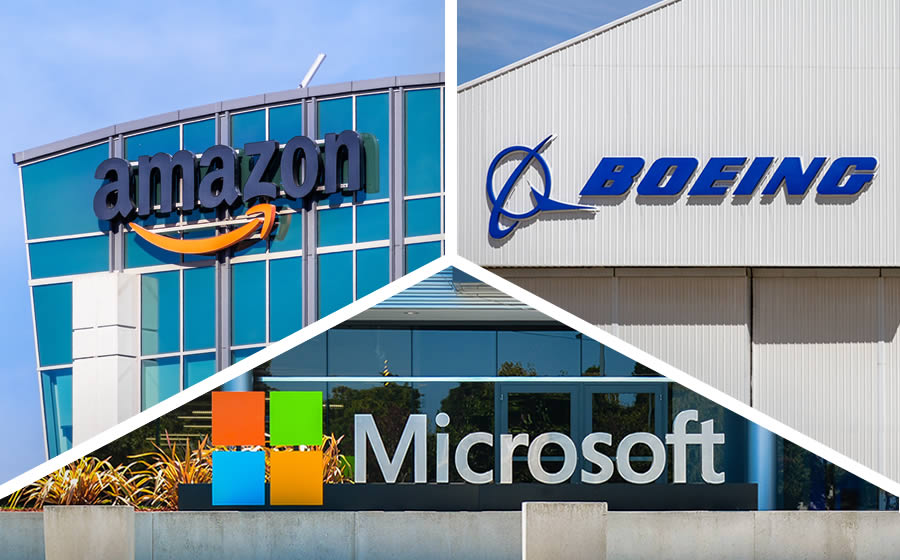 Bill Boeing Jr., son of the founder of the aircraft manufacturer, once put my family up for free for more than a year on his estate in rural Washington. I had just returned from a stint teaching in Japan. Boeing owned property east of Seattle, a fir-covered hillside which overlooked a golf course that had once been a sheep ranch owned by his father. The younger Boeing wanted the cottage across the rhododendron-lined driveway occupied, preferably with a police officer, but a teacher would do in a pinch.

Mr. Boeing struck me, the once or twice I met him, as a likable elderly gentleman. When he told me that the Museum of Flight at Boeing Field, where he was on the board, had just acquired a Concord, he sounded like a kid at Christmas. (One who eagerly lets the other kids play with his cool new toy.)

The Boeings were in the 1%, while we were probably somewhere about 75%. (I was sporadically employed at the time.) It never occurred to me to be angry or jealous over this differential.

Though they are also far richer than most Americans will ever be, Elizabeth Warren and Bernie Sanders want us to resent the likes of the Boeing family. The wealthy capitalist oligarchs who run the nation are not paying their “fair share,” they tell us. The best thing we can do is institute a tax on their lot which would suck trillions out of their accounts and into the Federal Reserve. According to NBC News: “Under Warren’s proposal, households with over $50 million in assets would pay a 2 percent tax on their net worth every year. The rate would rise to 3 percent on assets over $1 billion.”

With a tax like that, it would only be a matter of time before the son of Bill Boeing would have no extra house to lend us.

Once confiscated, where would all that wealth go?

It won’t pay down that $23 trillion dollar debt our nation has accumulated. It’s a debt so large, America’s creditors might as well own the house my family bought after we left the Boeing home. No, Senators Warren and Sanders have much more for that money to do! Both candidates say they would cancel student debt and pay for free college. Warren now apparently thinks the Democrats’ expensive health care plan didn’t do the trick, and wishes to spend trillions more. She promises to “fully fund our public land management agencies and eliminate the infrastructure and maintenance backlog on our public lands” in her first term. At the same time, she would cease leasing new fields to energy companies that bring in $10 billion a year, put gasoline in your tank, and reduce dependency on tyrannical oil states.

In short, Sanders and Warren plan vast amounts of new spending. They will spend so much that even if they stripped the rich naked and set them begging in the streets in barrels, your wallet would still have to be bled dry to pay for it all. If you owe America’s creditors the equity on your house now, you will owe them your dog’s first puppies, your right arm and left leg, and vital internal organs by the time these politicians spend all they promise.

And that’s assuming the rich stay around to get taxed dry first. Mr. Boeing spent much of the year in California, he told me, but made a point of not staying too long. Why? California’s high state income tax.

The Boeing family did more for Seattle than provide one native with free rent. Their company employed up to some 120,000 mostly high-earning engineers, machinists, salespersons, and other personnel around the region, creating comfortable neighborhoods and suburbs. It built airplanes which took me to Japan, and brought my family back. It created sophisticated weapons by which the United States protected itself from enemies that shot capitalists, helping bring the Cold War to a happy conclusion.

How Boeing Has Impacted Seattle

Living in a Boeing home, and flying on Boeing aircraft, likely also inspired my oldest son to love airplanes. He recently obtained an engineering degree from the University of Washington, and is now flying as often as he can in pursuit of a commercial license. Last summer he rented a plane. We cruised over the Olympic Peninsula, touched down for breakfast at a local airstrip, and flew back across a sparkling Puget Sound.

I am glad that the well-off pay a disproportionate share of taxes in the United States. I would not object if they paid a bit more. But visit Sanders’ and Warren’s websites, or hear their speeches, and you’ll notice they seem angry at the rich. (Forgetting that by world standards, they themselves are wealthy!)

Why did Boeing Senior build airplanes in Seattle? Because forests along the coast grow spruce, which has a strong strength-to-weight ratio, and could be used for early aircraft manufacture. But he could have set up shop over the border in British Columbia, where even more trees were available.

Growing up the son of a small-scale builder, when Boeing slumped, we moved to Alaska, and my father worked outside in bitter winds in a parka. That’s how much good it did us when Boeing wasn’t doing so well.

New creators have moved into town since. The “raw materials” for their products need not be harvested locally at all. Hard-driven Bill Gates and his friend Paul Allen, borrowing computer time at the University of Washington, set up a little company that grew. Again, whole neighborhoods and suburbs grew wealthy on the back of that company, including McMansions that dwarfed the Boeings’ old home. Then Amazon moved in, probably also in part to avoid California taxes, and more nice houses went up.

True, I can no longer afford to live in Seattle proper. But the real estate boom allowed my mother to sell her home and retire in some security. Yet I remain keenly aware of the relationship between “evil” big business and the welfare of carpenters, electricians, carpet-layers, and plumbers. Growing up the son of a small-scale builder, when Boeing slumped, we moved to Alaska, and my father worked outside in bitter winds in a parka. That’s how much good it did us when Boeing wasn’t doing so well.

What of Other Wealthy Individuals?

Bill Gates is spending billions to save the lives of malaria victims in Africa. Paul Allen tried to build a grand park for Seattle, and did manage museums dedicated to Rock ‘n Roll and to aircraft built for combat. Dad missed the Amazon construction boom, but he enjoyed watching Seahawks games more after Paul Allen made them a contender. Jeff Bezos has been a bit stingy, but I like books, and my city is prospering.

My home state is one of America’s top exporters. I’d like to see the whole country export more — more products and services, that is. Not the companies that make America prosper. Instead, maybe we should export politicians who don’t understand free enterprise. Let Sanders and Warren go live for four years in Venezuela, where they won’t have to rub elbows with creative and productive people who get paid well for making great stuff.