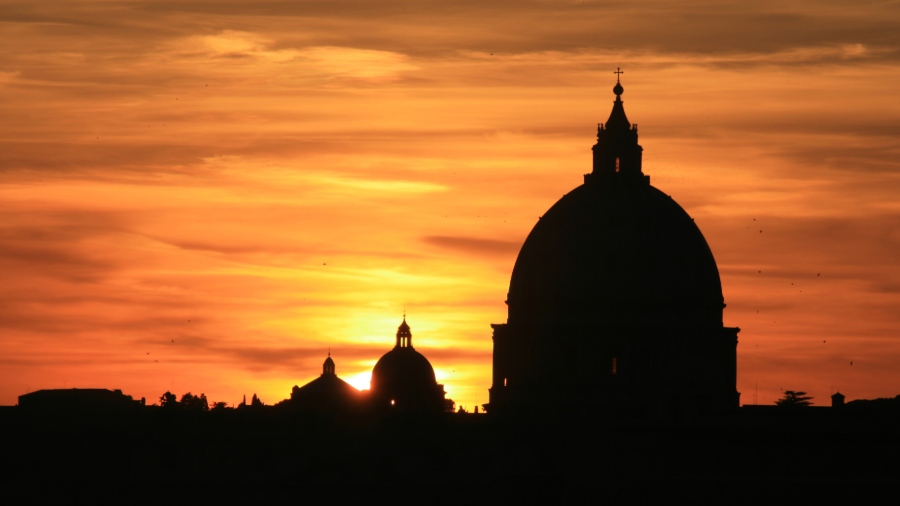 Last week, I put a hopeful spin on Pope Francis’ comment that the Wuhan Virus was “nature’s revenge.” As I argued, that might be right. Cruel and filthy animal practices at Chinese wet markets have proven a pandemic factory. And a threat to global health. If China won’t close them, we ought to declare economic war on that country. Just as we did on Japan in the 1930s, for its genocidal attacks on … China.

A story published a few days ago at Vatican News took the pope’s assertion much further. It went into some ugly, anti-human territory. Church Militant reports:

The column headlined “Coronavirus: earth’s unlikely ally” by Jesuit priest Fr. Benedict Mayaki, claimed that “the changes in human behavior due to the COVID-19 virus pandemic are yielding unintended benefits to the planet.

In the article, Fr. Mayaki claimed: “Earth is healing herself” as a result of “the reduction in human activity.”

Coronavirus was an ecological boon to the world, as “the global reduction in air, land and sea travel is yielding benefits for the planet as carbon emission sees a projected decline,” Mayaki trumpeted.

“In Italy, fish have returned to the canals in Venice. Less tourism and water transport have allowed the murky waters to settle. Migratory birds, including swans have been sighted gliding through the city’s waterways,” he wrote.

Failing to indict China for its role in the origin and spread of the virus, Mayaki noted that “China, the world’s largest carbon emitter, now has a significant decrease in the concentration of nitrogen dioxide in the air” because of the “decline of economic and industrial activities during the coronavirus outbreak.”

The Jesuit also hailed the merit of “improvement in its air quality” for Hong Kong, as “key air pollutants dropped by nearly a third from January to February this year.”

The Silver Lining in the Cloud Above the Crematorium

Simply staggering. The column left me speechless. But not for long. Church Militant reporter Dr. Jules Gomes contacted me for comment. I responded:

It’s one thing for historians to look back on the Black Plague and conclude that after the massive damage it caused, society bounced back — in some ways even stronger, since land was more plentiful, wages rose and serfs gained more rights.

But can you imagine during the plague, people’s own pastors sitting around idle (Masses not just private but canceled), reflecting on how the plague was improving things at the moment? They would have been burned as witches.

An Opportunity for Swans

The Vatican PR team must be getting better. Because the furor this column provoked got it pulled down pretty quickly. No explanation, no retraction statement. No apology to people whose elderly parents might have died, as thousands already have throughout Italy. Just the WHOOSH of a story going down the Memory Hole. Vaticania has always been allied with East Asia, I guess.

God calls priests be to shepherds, who conform themselves to Christ. So how can Fr. Mayaki ascend to a plane far above Christ’s suffering flock? Or take the “biosphere’s” perspective? How can he look past the bodies piling up, unshriven and unblessed, in Italy’s graveyards? Walk past the empty, dying family businesses, and see … an opportunity for swans? (Incidentally, the Church Militant piece exposes such environmental “benefits” cited by the Jesuit priest as fake news.)

Gaia’s Immune System, Weeding Us Out

There are environmentalists who quietly take satisfaction at the notion of human population plummeting. One of them was the Vatican’s senior scientific advisor Hans Schellnhuber. That German scientist consulted with Pope Francis on his 2015 letter on the environment, Laudatio Si. Schellnhuber appeared alongside cardinals at Vatican science summits. As Stream contributor William Briggs reported, Schellnhuber speaks of “Gaia,” an image some scientists use to personify the environment, almost as a real, living being:

Schellnhuber echoes the theme of a cognizant, i.e. self-aware, planet in [a] … 2004 paper in Nature 2004, “Climbing the co-evolution ladder,” suggesting again that mankind is an infection, saying that mankind “perturbs … the global ‘metabolism’” of the planet.

Be not afraid! There is a cure. If we don’t enact drastic changes to cut back carbon use and climate change? Then Gaia will impose her own limits on mankind. Schellnhuber warns: “maybe the carrying capacity of the earth would go down to just 1 billion, and then the discussion would be settled.”

Is Mankind the Real Virus?

It’s one thing to look at environmental limits, and the costs we impose on our neighbors or descendants. We call that prudent stewardship, and it obeys God’s command to Adam in Genesis. It’s quite another thing to view the biosphere as a kind of immanent goddess. Or mankind as a virus whose economic activities are a form of inflammation. Let your thoughts run along these lines, and you’ll end writing things like … Father Benedict Miyaki’s column.

I’ll never forget the Edgar Allen Poe story “The Masque of the Red Death.” In the story, aristocrats during a plague lock themselves in a Renaissance palace, not too unlike the Vatican. They avoid all contact with the common people. These princes offer no help in this time of desperation and need. In fact, some among this elite take satisfaction in the thinning of “the herd” the plague is bringing about. I won’t spoil the ending, but I think you can likely guess it.

That’s not a good look for a priest of the Society of Jesus.