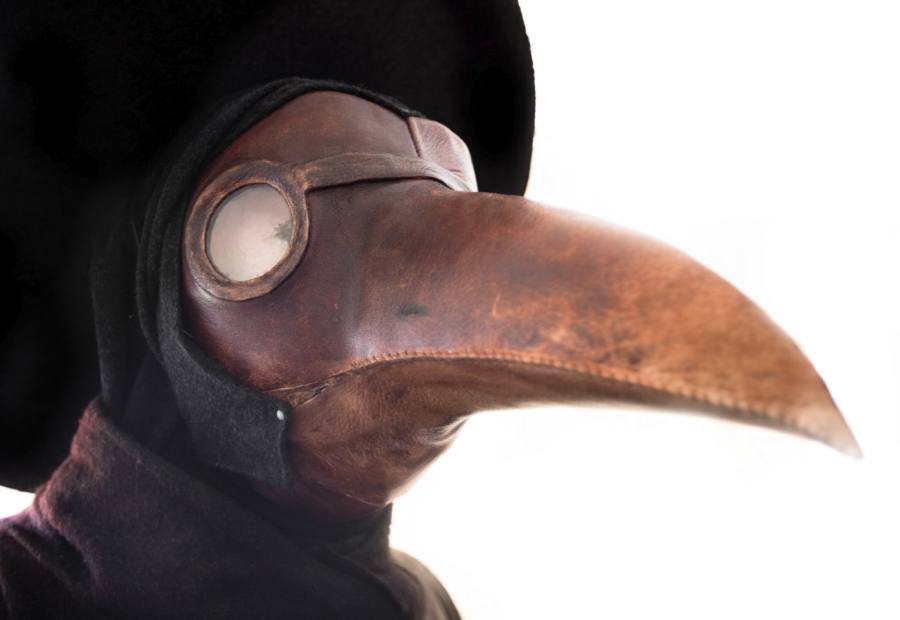 I’m one of the last people on earth ready to take Pope Francis’ statements on faith. If you follow me here, you’ll know that. I’ve criticized his muddled, Modernist theology, his coziness with corruption, and his penchant for post-Christian leftist politics. I’ve compared him with the worst Renaissance popes. Unfavorably, since at least they commissioned great art. Pope Francis gave us the crudely-carved Incan nature-goddess idol Pachamama at the Vatican, which a brave young Catholic (now sick with the virus!) threw in the Tiber.

But one thing Francis said lately struck me as having a grain of truth. Or maybe a seed.

Breitbart reports on Francis’ interview with a Spanish journalist:

Asked by a Spanish journalist via Skype whether the COVID-19 pandemic is nature’s way of taking “revenge” on humanity, the pontiff suggested that nature is calling for attention.

“There’s a saying, which you have heard: ‘God always forgives. We sometimes forgive. Nature never forgives,’” the pope said. “Fires, earthquakes … nature is throwing a tantrum so that we will take care of her.”

So is the virus “nature’s revenge” on man, because of our cruel neglect of the Earth? I don’t know about that. But I do think it’s nature’s revenge on us for farming practices that are cruel to living animals.

The “wet markets” of China were the likely source of the last several pandemics that went on to ravage the world. In those markets, live creatures of every variety are mixed together, tied or chained up, waiting for consumers to pick them so they can be killed on the spot. Lots of blood splashing, pathogens mixing, bird germs meeting pig germs and cow germs … like Tinder, except for viruses. Smithsonian Magazine warned us three years ago that China could be the “ground zero” for “future pandemics” thanks to its treatment of animals.

But it’s not just China. I remember reading in the 1990s Sir James Goldsmith’s anti-globalist book, The Trap. He warned against the money-saving tricks some British farmers were using. These included turning cows into cannibals. That’s right. A new industrial farming technique had farmers feeding cows ground up pieces of … cows, to save money on protein. Including those cows’ spinal columns and brains. Goldsmith warned that cannibalism results in strange diseases, pointing to the brain illness called Kuru. South Seas headhunters caught it from … eating brains.

Smithsonian Magazine warned us three years ago that China could be the “ground zero” for “future pandemics” thanks to its treatment of animals.

Critics scoffed at Goldsmith as a crank, right up until British cows came down with Mad Cow Disease, which research showed they’d caught from … eating brains. A little of the old-fashioned horse sense that prevented farmers from doing this to their cows for countless millennia could have saved billions of pounds and hundreds of lives.

Our own factory farming practices here at home aren’t vastly better. Because of our crony-capitalist corn subsidies, we have huge mountains of cheap corn, growing like pyramids. To use it up, we feed it to cows, whom God never meant to eat it. That makes them sick, so we dose them with antibiotics, helping to build up antibiotic resistant strains of bacteria. Likewise we cruelly abuse and overcrowd pigs, who are as emotionally intelligent as dogs, but genetically much closer to humans. Which means that their diseases (see “swine flu”) are more likely to mutate into strains that are deadly to us.

If we go on abusing antibiotics (and animals) to make such farming possible, we’ll squander the single greatest medical miracle of the 20th century. We’ll go back to the days when cutting yourself with gardening shears meant a significant chance of a hideous death from sepsis.

The world needs the Chinese government to reform its farming practices now, or face a massive economic boycott. But of course, the penny-saving efforts of ruthless companies have sunk deep roots in China’s economy. So “Woke” companies that lecture Americans on “racism” and “social injustice” send their products to be made by slave laborers in China, imprisoned for their religious beliefs or dissent from totalitarianism.

Globalizing Democrats and Republicans alike cheerfully oversaw the outsourcing of huge sectors of our economy to a Communist slave state. One that steals organs from dissidents and sells them to rich donors. A government that forced the destruction of some 400 million unborn children through its One Child Policy.

Read Michael Walsh in The Epoch Times, one of the few media outlets not beholden to or scared of the Chinese Communist government:

The coronavirus has also put the spotlight on the Peoples Republic of China’s (PRC) outsized influence in the United States, including its penetration of U.S. colleges and universities to implant or suborn professors to steal research and technology, and agents masquerading as students who were actually officers in the People’s Liberation Army.

Dependence on China for, among other things, prescription drugs and medical devices, is now a thing of the past, especially after a Chinese threat to withhold life-saving pharmaceuticals. And extensive Chinese investment in places such as northern Italy (where the worst of the European outbreak has occurred, thanks to PRC control of the Italian textile industry) is undergoing immediate reassessment.

Pretending that such a country was a fit member for the World Trade Organization, and its factories fit competitors to our own, was a tenet of “mainstream” orthodoxy all through the 1990s and 2000s. Only a few “cranks” like Ross Perot and Pat Buchanan dared to dissent. For their trouble, they got laughed at, by the same people panicking today over the impending collapse of our economy.

Maybe this virus is God’s revenge for our callous neglect of human dignity, too.