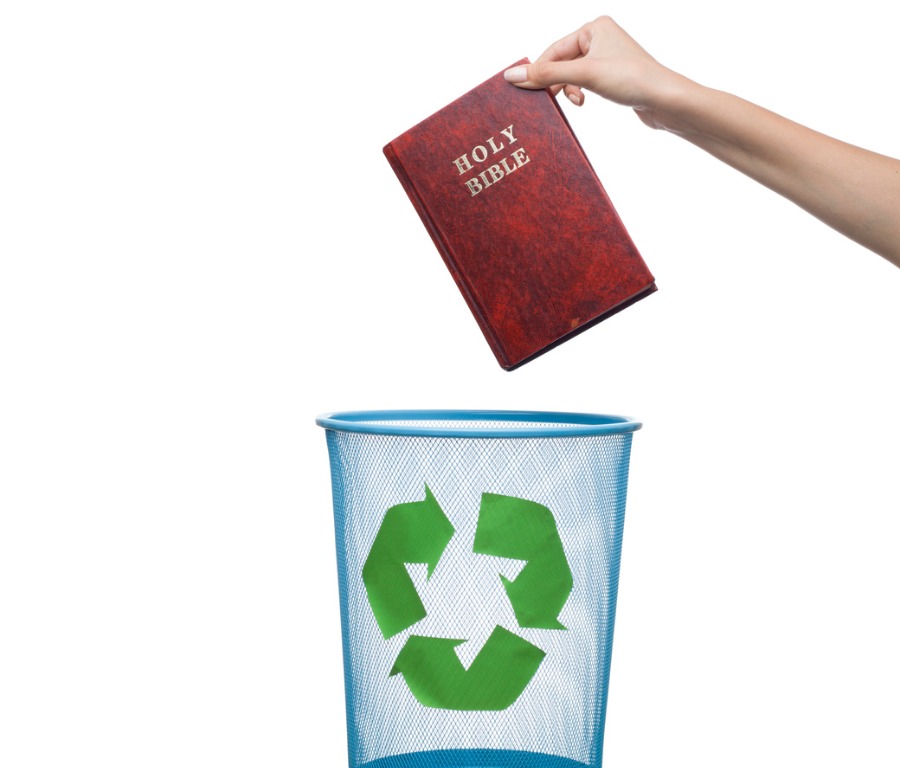 There is no question about it. There is not even a desire to hide it. The Democrat Party continues to grow spiritually darker to the point of actually proclaiming itself the party of the religiously non-affiliated. Is it any surprise?

Back in 2012, the Washington Post reported the Democrats were under fire for removing “God” from their national platform.

This was not missed by Paul Ryan, then a Republican vice-presidential candidate, who stated on Fox News, “I guess I would just put the onus and the burden on them to explain why they did all this, these purges of God.”

And was it a coincidence that, the same year, the Democrats also failed to affirm Jerusalem as Israel’s capital?

To put this in perspective, the Post observed that, “God is mentioned 12 times in the 2012 GOP platform. The 2008 Democratic platform made one reference to God: the ‘God-given potential’ of working people. The 2004 platform had numerous references to God.”

How times have changed.

Democrats Have a God Problem … and a Problem with God

Two years ago, in 2017, Selena Zito claimed in the New York Post that, “The Democratic Party has a God problem.”

Remembering what happened in 2012, when it was widely reported that the Democrats booed God” (during the platform hearings), Zito argued that the Democrats have since “pushed away religious voters not simply by ignoring them but by actively repelling them with accusations of bigotry and backwardness.”

And, she added, “Unless they change that, Democrats haven’t got a prayer of solving their God problem.”

As of today, I wouldn’t be holding my breath.

Michael Wear, who previously served as a faith adviser to President Obama, calls the DNC’s resolution “stupid on a fundamental level that transcends electoral politics.”

Yes, the Democratic Party is the party of the religiously unaffiliated, and this is now seen as something to celebrate. “If you have no religious affiliation, we’re the party for you!”

Not surprisingly, this fairly substantial group, growing by the year, holds to strongly liberal social views, especially when it comes to abortion and same-sex “marriage.” And this, in particular, is something praised by the Democrats. “If you support LGBT activism and stand for abortion, we’re the party for you!”

As noted by a Pew Forum poll, “About three-quarters of white evangelical Protestants (77%) think abortion should be illegal in all or most cases.

“By contrast, 83% of religiously unaffiliated Americans say abortion should be legal in all or most cases, as do nearly two-thirds of black Protestants (64%), six-in-ten white mainline Protestants (60%) and a slim majority of Catholics (56%).”

This is a strikingly high number: 83 percent. It looks like lack of religious affiliation deeply affects one’s views of the sanctity of life, beginning in the womb.

Booing Those With Traditional Values

The DNC resolution states that “the nonreligious have often been subjected to unfair bias and exclusion in American society, particularly in the areas of politics and policy-making where assumptions of religiosity have long predominated.”

This, of course, is ironic, since there has been an increasing attack on religious beliefs in America in recent decades, from the courts to the universities and beyond. Are the non-religious really being “subjected to unfair bias and exclusion in American society, particularly in the areas of politics and policymaking?”

The resolution also states that “those most loudly claiming that morals, values, and patriotism must be defined by their particular religious views have used those religious views, with misplaced claims of ‘religious liberty,’ to justify public policy that has threatened the civil rights and liberties of many Americans, including but not limited to the LGBT community, women, and ethnic and religious/nonreligious minorities.”

So, in contrast with conservative evangelicals, who are branded as religious hypocrites and who are abusing their religious power, it is the religiously non-affiliated who hold to ethical values and truly care about all Americans.

Of course, it is good strategy for the Democrats to make such an explicit appeal to this substantial voting bloc. And it appears that the values of the religiously non-affiliated are much closer to the those of the DNC than the RNC. And, without question, there is some hypocrisy among those of us on the conservative evangelical side, which the DNC wants to highlight. (No group has a monopoly on hypocrisy. It affects all groups on all sides.)

Given that the resolution will be used as further evidence that the Democrat Party is the God-less party, Wear could well be right.

What is undeniable, though, is this. The militantly pro-abortion, pro-LGBT activism party is the party of those without religious affiliation.