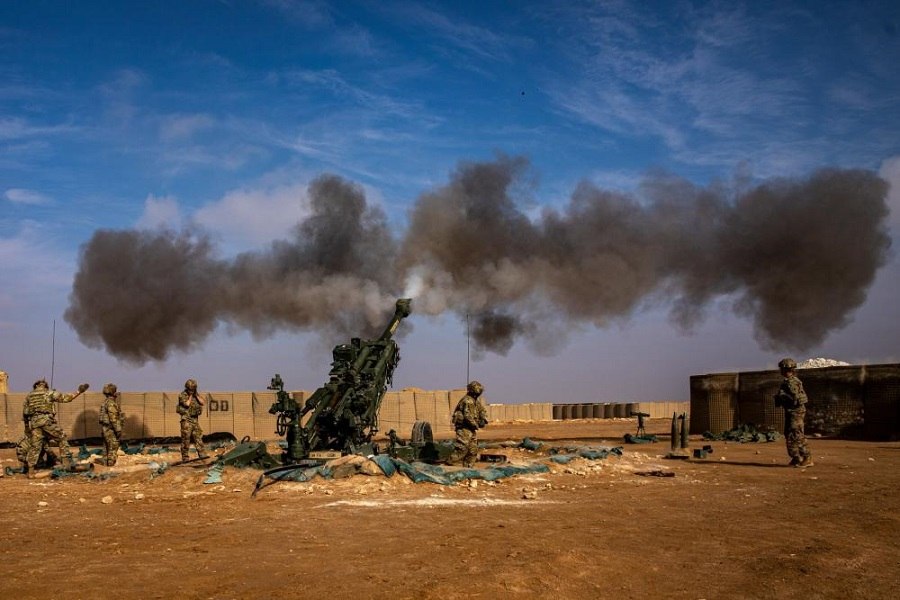 It’s a new year, but not much has changed for the 900 members of U.S. military still serving in Syria.

American troops stationed at Mission Support Site Conoco in eastern Syria came under attack on Wednesday when two enemy rockets landed near the base. By God’s grace, the U.S. military said there were no injuries or significant damage.

While no terrorist groups had claimed responsibility as of Thursday, the Associated Press cited the Syrian Observatory for Human Rights as blaming the attack on “Arab tribesmen in the region who are armed by Iran.” The timing of the rocket launch is also notable, as this week marked the third anniversary of Iranian Quds Force terrorist leader Qasem Soleimani being taken out by a U.S. military strike in Iraq.

In a statement, U.S. Central Command condemned the Wednesday rocket attacks targeting our country’s valiant men and women in uniform.

“Attacks of this kind place coalition forces and the civilian populace at risk and undermine the hard-earned stability and security of Syria and the region,” Col. Joe Buccino said.

Please pray for the safety of all U.S. military personnel serving in the Middle East, especially war-torn Syria and neighboring Iraq.

As Russia’s war in Ukraine continues, approximately 100,000 American troops are serving across Europe.

Some training operations are occurring close to the battlefield, as The New York Times reported this week from the Mihail Kogalniceanu Air Base in Romania. There, “soldiers of the U.S. Army’s 101st Airborne Division train, eat and sleep on a drab, sprawling post in southeast Romania, a mere seven-minute rocket flight from where Russia has stockpiled munitions in Crimea,” Lara Jakes wrote.

This Military Times roundup is full of updates on what U.S. service members are doing in Germany, Lithuania and other countries all across Europe. Please continue to pray for all American troops serving on the continent as well as their loved ones here at home.

The Los Angeles-class fast-attack submarine returned to @SUBASE_NLON today following a six-month deployment to the @US_EUCOM area of responsibility. pic.twitter.com/1c46pbWR8U

Welcome home, sailors! Thank you for your service to our country. Happy New Year to you and your families!