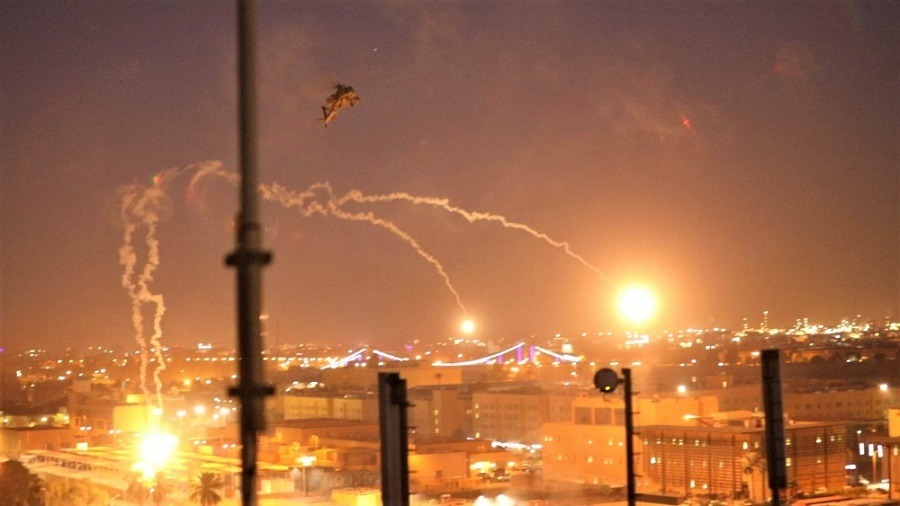 On Tuesday, the United States blamed Iran for an all-out assault on the U.S. Embassy in Baghdad that resulted in additional American troops being sent to Iraq. Two days later, the infamous terrorist leader of Iran’s Quds Force is dead.

Soleimani was eliminated in an airstrike that also killed militia leader Abu Mahdi Muhandis, according to CBS News. Many U.S. officials and Gold Star families have repeatedly blamed Soleimani for providing advanced explosive devices to terrorist groups that were then used against American and coalition troops.

NEW: The U.S. Defense Department said late Thursday that the airstrike in Baghdad that killed Qasem Soleimani, the head of Iran's elite military force, was a "decisive defensive action to protect U.S. personnel" and was ordered by President Trump. https://t.co/kawTRA90cO pic.twitter.com/fuARC4GdZm

“General Soleimani and his Quds Force were responsible for the deaths of hundreds of American and coalition service members and the wounding of thousands more,” Secretary Esper said in his official Pentagon statement. “He had orchestrated attacks on coalition bases in Iraq over the last several months – including the attack on December 27th – culminating in the death and wounding of additional American and Iraqi personnel.

The U.S. government also directly blamed Soleimani for this week’s attempted storming of the embassy, which was put down by brave U.S. troops.

“General Soleimani also approved the attacks on the U.S. Embassy in Baghdad that took place this week,” Esper said.

During the embassy siege, 100 U.S. Marines were rushed to Iraq, while approximately 750 U.S. Army paratroopers were also ordered to deploy. The CBS report adds that the number of additional American forces could eventually be as high as 5,000.

Thinking of all the brave US service members who were killed & wounded as a result of Qasem Soleimani & Iran’s many despicable acts of terrorism. This isn’t a Trump story — it’s about our troops, including those still in harm’s way. Praying for these warriors & their families

This breaking news story isn’t primarily about President Trump, politics, or even the possibility of a wider conflict with Iran. It’s about the thousands of brave men and women in uniform who were wounded or taken from their families as a result of Soleimani’s terrorist acts.

This terrorist’s death is also about the thousands of valiant Americans still serving in the region. As I wrote earlier this week, they need our frequent and fervent prayers, as do their worried families here at home.

More than eighteen years ago, the world was put on notice.

“Every nation in every region now has a decision to make,” President George W. Bush said ten days after the 9/11 attacks. “Either you are with us, or you are with the terrorists.”

The repressive, evil government of Iran chose the terrorists. Now, thanks to our incredible military, Iran’s second most powerful leader is dead.

“The United States will continue to take all necessary action to protect our people and our interests wherever they are around the world,” Secretary Esper said.

Thank you to our troops, veterans and their families. Lord, please watch over our nation’s warriors and safely guide them back into the arms of their loved ones.