Reactions to the Passing of Colin Powell 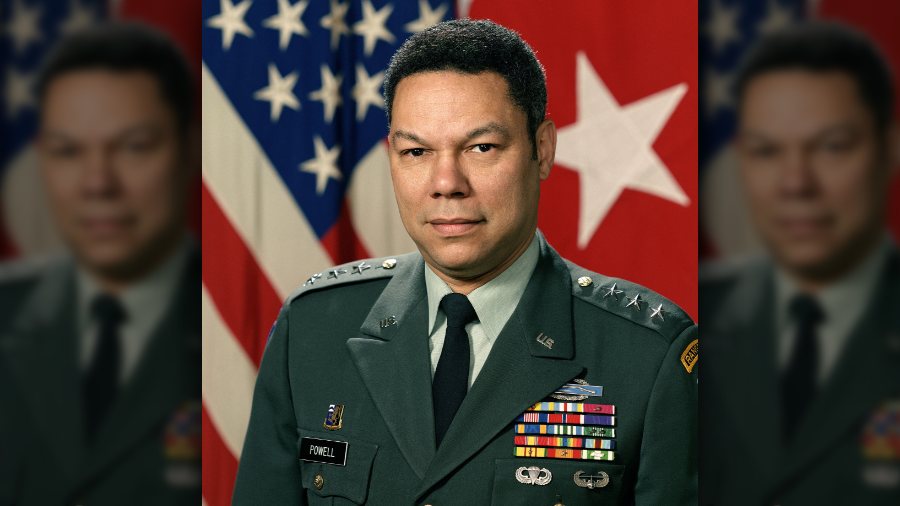 The family of Colin Powell, former U.S. Secretary of State and Chairman of the Joint Chiefs of Staff, announced Monday morning his death from complications of COVID-19. They noted that he was fully vaccinated. Powell is known for being the first Black U.S. secretary of state, helping lead the U.S. military during the Gulf War and helping to shape U.S. foreign policy.

You can read The Stream full obituary here: “A Hero Lost: General-Turned-Diplomat Colin Powell Passes Away at Age 84”

Reactions to the passing of this important figure in American history have been pouring in since news of his death.

Laura and I are deeply saddened by the death of Colin Powell. He was a great public servant, starting with his time as a soldier during Vietnam. Many Presidents relied on General Powell’s counsel and experience. He was National Security Adviser under President Reagan, Chairman of the Joint Chiefs of Staff under my father and President Clinton, and Secretary of State during my Administration. He was such a favorite of Presidents that he earned the Presidential Medal of Freedom – twice. He was highly respected at home and abroad. And most important, Colin was a family man and a friend. Laura and I send Alma and their children our sincere condolences as they remember the life of a great man.

"Laura and I are deeply saddened by the death of Colin Powell. He was a great public servant, starting with his time as a soldier during Vietnam." – President George W. Bush

Former Vice President Dick Cheney released a statement saying “Colin was a trailblazer and role model for so many.”

I’m deeply saddened to learn that America has lost a leader and statesman. General Powell had a remarkably distinguished career, and I was fortunate to work with him. He was a man who loved his country and served her long and well.

Working with him during Operations Desert Shield and Desert Storm, I saw first-hand General Powell’s dedication to the United States and his commitment to the brave and selfless men and women who serve our country in uniform. Colin was a trailblazer and role model for so many: the son of immigrants who rose to become National Security Advisor, Chairman of the Joint Chiefs, and Secretary of State.

Lynne and I extend our prayers and profound condolences to his wife, Alma, and to their children. His legacy and unparalleled record of service will never be forgotten.

It will be impossible to replace Gen. Colin Powell. He was a tremendous personal friend and mentor to me, and there’s a hole in my heart right now as I think about his loss. My thoughts and prayers today are with his family, and I want them to know I will miss him dearly. pic.twitter.com/pX24KQMMBc

My wife Angela, a Jamaican immigrant like General Powell's parents, & I offer our deepest condolences on the loss of retired General Colin Powell. Gen. Powell was truly an example of the American dream & a servant to our constitutional Republic. Requiem en pace Sir, Army Strong! pic.twitter.com/KafDMGNk42

Today, the nation lost a man of undaunted courage and a champion of character. A statesman & trailblazer, devoted to America and the cause of liberty, Colin Powell’s legacy of service & honor will long inspire. Ann & I offer our love & sincere condolences to Alma and his family.

General Colin Powell’s death is so shocking and heartbreaking. He had some tough moments around our wars, but was a fundamentally good and decent man and a great American we could all be proud of. I know my Caribbean-American fam certainly are. Wishing peace to his soul & family. pic.twitter.com/5A6KZzjkFF

At the personal level, Colin Powell was a nice man. He was also a trailblazer. But he was also a military leader and key strategist of an empire that killed countless people and undermined the sovereignty of multiple nations. In our memorials, we must be honest about all of this.

Colin Powell was a great American and a good friend. I was one of a small, but determined group, that urged him to run for President in 1996. What if???

I’m saddened to hear of the passing of General Colin Powell. As the former Chairman of the Joint Chiefs of Staff & first Black Secretary of State, he lived a remarkable life of leadership, service, and patriotism, and leaves behind an extraordinary legacy. https://t.co/1UAxOBNYwN

Deeply saddened by the passing of patriotic trailblazer the Honorable Colin Powell.

He served America with distinction as both a warrior and a diplomat.

May he forever Rest in Peace.

Collin’s death from COVID-19 and his vaccination status have become a topic of reactions:

The fact that Colin Powell died from a breakthrough COVID infection raises new concerns about how effective vaccines are long-term.

I’m gutted by the news of Colin Powell’s death.

It’s such a cruel reminder that we are living through a terrible pandemic that is killing people daily despite some of us getting used to living through these awful times.https://t.co/1LWNFnCVx2

My feed is filled with news about Colin Powell’s death from complications of Covid-19, but none of them mention he was immuno-compromised from a battle with cancer.

Former British Prime Minister Tony Blair said he was “wonderful to work with” and “was one of those leaders who always treated those under them with kindness and concern.”

Colin was a towering figure in American military and political leadership over many years, someone of immense capability and integrity, a hugely likeable and warm personality and a great companion, with a lovely and self-deprecating sense of humour. He was wonderful to work with, he inspired loyalty and respect and was one of those leaders who always treated those under them with kindness and concern. His life stands as a testament not only to dedicated public service but also a strong belief in willingness to work across partisan division in the interests of his country. I am so sorry to hear the news of his death. He still had so much to give. My thoughts and prayers are Alma and all his large and loving extended family.