Prof. Kendi, This Is Not How to Be an Antiracist 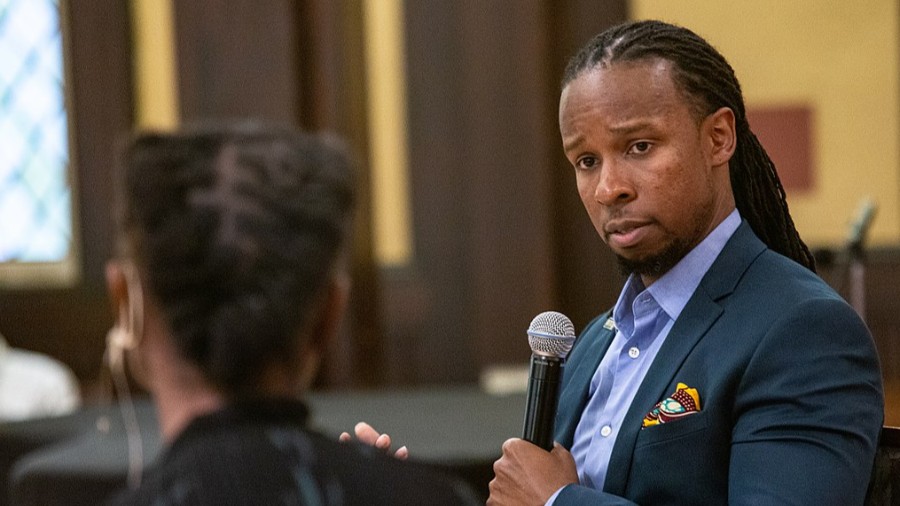 Prof. Ibram Kendi has become one of the most popular and influential authors in America today, with his latest book, How to Be an Antiracist, driving the curricula in many a school in our nation. Yet his recent tweets, criticizing Whites who adopted Black children, are anything but antiracist. To the contrary, they smack of racism.

In a now-deleted tweet, Christian conservative Jenny Beth Martin wrote: “With 2 adopted children from Haiti, it is going to be interesting to watch the Democrats try to smear Amy Coney Barrett as racist.”

Kendi responded, “Some White colonizers ‘adopted’ Black children. They ‘civilized’ these ‘savage’ children in the ‘superior’ ways of White people, using them as props in their lifelong pictures of denial, while cutting the biological parents of these children out of the picture of humanity.”

We would hope someone of Kendi’s current stature would not be the one to launch a racist attack.

And lest someone think he was just talking about the darker periods in our history when slavery prevailed, a period which Kendi has outlined in detailed in his important book Stamped from the Beginning, he added this: “And whether this is Barrett or not is not the point. It is a belief too many White people have: if they have or adopt a child of color, then they can’t be racist.”

Talk about how not to be an antiracist.

What Not to Do

First, Kendi made his comment in direct response to Martin’s tweet regarding the Barretts. If Kendi did not think his words applied to them, then this was not the place to make the comment. Just turn the tables around where “Blacks” are accused in such a blanket way, and we would quickly label that comment as both non-productive and racist.

The Horrible Suffering of Many Orphans Around the World

Quite a few of the graduates of our ministry school work with orphans around the world — from the Ukraine to the Philippines to India, among other countries — and many of these children have suffered horribly over the years. Some have been sexually trafficked. Others had to beg on the streets. Others were abandoned by a single parent unable to care for the children anymore. Others live in squalid orphanages.

It is an act of great compassion to take one of these orphans into your own family, and my friends who have adopted children of different nationalities and ethnicities and colors have done so with great joy. They count it a privilege and honor to help give these children a new life, and they would find utterly abhorrent the idea that they were educating little savages in the superior White culture. Perish the thought. (For the record, some of my colleagues involved in orphan ministry are themselves people of color.)

Darker-Skinned Children are Discriminated Against in the Adoption System

Third, reports indicate that, to this day, dark-skinned children suffer discrimination in our adoption system. As noted in a February 2019 article, “When it comes to adoption, Americans might assume that each child is treated equally. But research shows that darker-skinned children are repeatedly discriminated against, both by potential adoptive parents and the social workers who are charged with protecting their well-being.”

I have heard this from White Christian colleagues who have adopted children of color, which is one reason they chose to adopt them. They wanted them to receive equal treatment in every way. Will Kendi criticize this as well? Are Whites not allowed to work for justice for Black orphans? Will they be criticized as “colonizers” if they do?

Fourth, while Kendi rejects the idea that Whites who adopt Blacks cannot be racist, what he fails to consider is that White American families who do adopt Black children are confronted with racism on a regular basis. They often see that their White children are treated better than their Black children. They experience inequities in our system and differing perceptions in our society. (The adoptive parents have told me this firsthand.)

These White couples would be the most likely to relate to many of Kendi’s own experiences as a Black American, yet rather than embracing them as allies, he feels he must challenge the narrative.

Unfortunately, some struck even lower than Kendi, revealing just how much animosity already exists towards Amy Coney Barrett. Someone going by the name of slats1992 on Twitter posted a picture of Adolf Hitler standing next to a little girl.

“‘With the young Jewish girl who won his affection, it is going to be interesting to watch the resistance try to smear Adolf Hitler as racist.’”

This is even lower than Donny Deutsch’s comparison of Trump to Hitler. It is evil and it sick.

But this is exactly what we can expect because of Barrett’s conservative Christian beliefs. She will be demonized in every which way imaginable, no matter how grotesque the comparison.

It’s just that we would hope someone of Kendi’s current stature would not be the one to launch a racist attack.