When MSNBC Compares Trump to Hitler 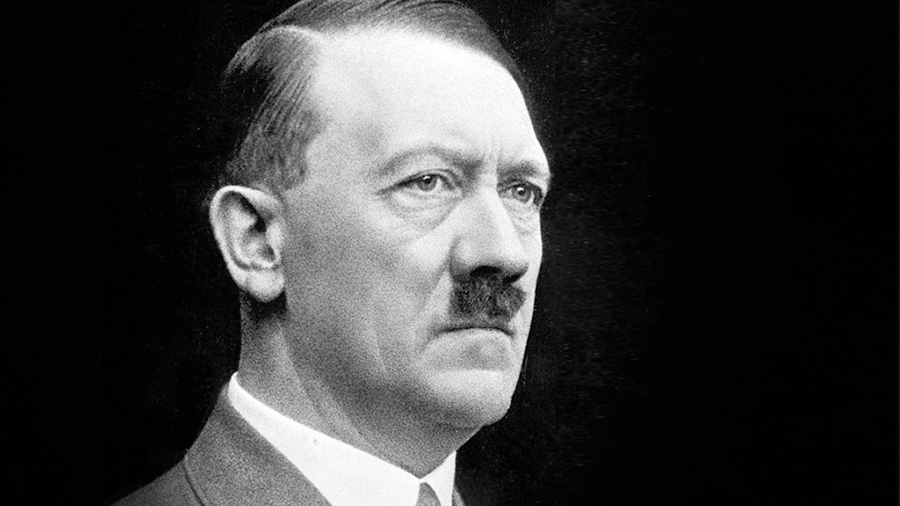 Editor’s note: Be sure to watch Dr. Brown’s recent interview with Stream publisher James Robison: Can We Vote for Trump Without Hurting Our Christian Witness?

This past Wednesday morning, Donny Deutsch, a frequent guest on MSNBC and a former program host, claimed there was “‘no difference’ between President Donald Trump’s rhetoric and what ‘Adolf Hitler preached’ in Germany in the 1930s.” He added, “And we’re here and what is the difference between Adolf Hitler and Donald Trump? I’m not saying there is a Holocaust but when you look at the tactics, that is where we are right now.”

This is as outrageous as it is ignorant, and Deutsch needs to be called on the carpet for his ugly and inflammatory comments. As stated by the National Council of Young Israel, “To in any way liken President Trump to Adolf Hitler, who is arguably the most heinous anti-Semite in world history, is unequivocally repugnant, and trivializing the Holocaust to make a cheap political point on television is a tremendous insult to the victims and their progeny.”

Joe Scarborough, who hosted the interview with Deutsch, is also to be faulted for going along with Deutsch rather than stopping him in his tracks. It is also inexcusable that Deutsch, himself Jewish, called out Jews who support Trump.

What was Deutsch’s fundamental argument? He said, “But what was going on in the early ’30s Germany? Basically you had a destruction of belief in the free press, you had blurring between the executive branch and the Justice Department, you have creating an other, whether it’s Muslims, whether it’s Mexicans, whether it’s congressmen who weren’t born in this country, and then you have the destruction of free elections.”

But Deutsch is hardly the first to make the Trump-Hitler comparison. In fact, I devoted an entire chapter of my book Evangelicals at the Crossroads: Will We Pass the Trump Test? to a major statement by the International Bonhoeffer Society (IBS). They, too, made comparisons between Nazi Germany and America today, mentioning Trump by name but not Hitler. The statement explicitly called for “ending Donald Trump’s presidency.”

Obviously, I can’t duplicate here everything laid out in the book, but let’s put aside inflammatory rhetoric and look at the simple facts. Can a valid comparison be made between Trump and Hitler and between America today and pre-World War II Nazi Germany? Absolutely, categorically not.

Trump has been our president for the last four years. During this time he has not imprisoned his political opponents, not overruled the Supreme Court or Congress, not launched aggressive new wars in other parts of the world, and not shut down the dissenting press (although he has certainly sought to expose “fake news”).

In stark contrast, within months of Hitler coming into power in 1933, the Dachau concentration camp was opened for political dissenters, Hitler announced some of his conquest and expansion plans, and the first boycott of Jewish businesses was implemented.

One Targeted Jews, One Brings Peace

As for targeting the Jews, the Yad Vashem website explains, “In September 1935 the ‘Nuremberg Laws’ were passed, stripping the Jews of their citizenship and forbidding intermarriage between Jews and non-Jews. Jews were banned from universities; Jewish actors were dismissed from theaters; Jewish authors’ works were rejected by publishers; and Jewish journalists were hard-pressed to find newspapers that would publish their writings. Famous artists and scientists played an important role in this campaign of dispossession and party labeling of literature, art and science. Some scientists and physicians were involved in the theoretical underpinnings of the racial doctrine.”

How do we even contrast that with Trump’s pro-Israel actions, including moving our embassy to Jerusalem, seeking to broker a peace plan with the Palestinians that was strongly pro-Israel, and forging historic peace treaties with the UAE and Bahrain? And what of the fact that Ivanka and Jared are practicing Jews, meaning that Trump’s own grandchildren are Jewish?

When it comes to the treatment of the Christian community, Trump has fought tirelessly to defend religious liberties, both at home and abroad. Again, in stark contrast, already in 1933, Nazi church leaders were calling for all pastors to make a personal oath of loyalty to Hitler while demanding that all baptized Jews be expelled from the churches.

For those who claim that Trump’s Christian supporters will follow him no matter what, those same supporters challenged him when he pulled our troops from Syria, with Pat Robertson even issuing a public warning. Can you imagine what would happen if Trump changed his stance on abortion or religious liberty?

As for Trump’s alleged racism, the corollary of his purported white nationalism, why is it that he has been steadily growing in popularity in the Black community? And why were so many Black voices heard at the recent RNC?

Think back to the viral video of an Ethiopian immigrant leading in prayer at a 2019 Young Black Leadership Summit at the White House following the president addressing the packed room of young Black leaders. Could you imagine a world in which Hitler held a Young Jewish Leadership Summit?

And what of Trump’s actions in prison reform, funding of historic Black colleges, and helping drop the unemployment rates for all Americans, including Blacks and other minorities? How can this possibly be compared to the actions of a murderous madman like Hitler?

I have no desire to deny Trump’s many flaws or to downplay the divisive nature of his rhetoric. But to compare him to Adolf Hitler, also comparing his followers to Hitler’s Nazis, is simply obscene, not to mention a terrible slight on Hitler’s victims. Deutsch should be ashamed of himself.

(For all who want to defend Deutsch’s words, including Deutsch himself, my phone lines are open. I’d be more than happy to debate this with you on the radio. The light will quickly dispel the darkness. For my relevant video commentary, see here.)

To Compare Trump to Hitler is to Insult the American People