Our Earthly Fathers and the Fatherhood of God 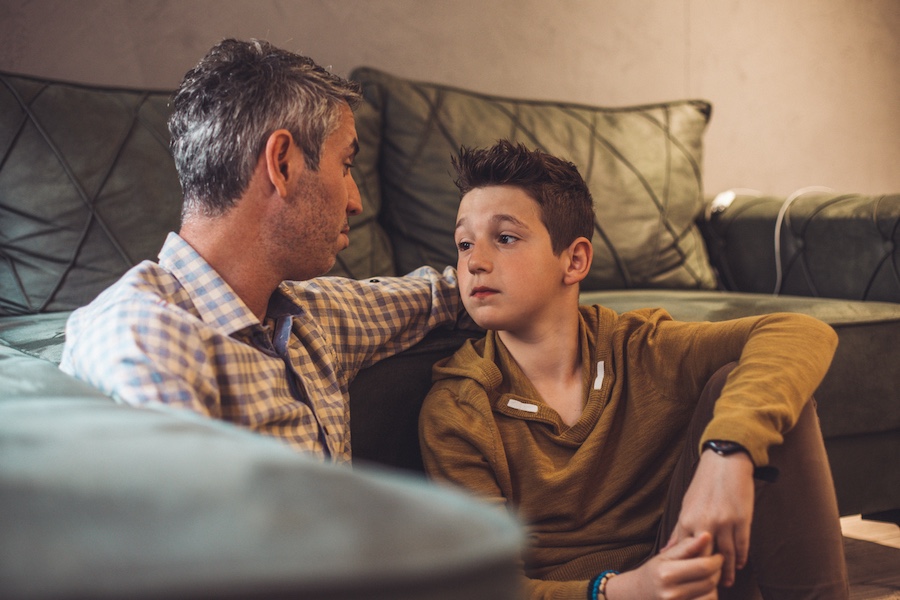 We often have to shout when lawmakers do the wrong things. It’s only fair to give them a shout-out when they do something right.

On Wednesday, the Florida House of Representatives passed HB 7065 to tackle the fatherlessness problem in “The Sunshine State.” The bill would direct the Department of Children and Families to prioritize resources for fathers.

A main part of the bill would direct the department to contract for the creation of the ‘Responsible Fatherhood Initiative.’ The department would contract with an entity to launch a website and distribute other materials that would inform fathers on effective parenting … . The fatherhood initiative also would include a print, television and social media campaign that may include appearances by and involvement from public figures and influencers.

Help for Dads Is Help for Their Kids

House Speaker Chris Sprowls (R), who made the legislation a top priority for 2022, said, “From poverty to crime to incarceration, just about every negative outcome we see that faces boys here in Florida and across the country, can be linked back to an absent father in the home.” Former NFL player and Florida resident, Jack Brewer, was also instrumental in pushing the legislation to the forefront.

Kudos to Florida for leading the way … again. Hopefully, other states will follow. The fatherless problem in our country is one of the worst crises we have, and it’s getting worse.

Here are some stats for children who grow up in fatherless homes according to the U.S. Census Bureau and U.S Department of Justice. (One in four American kids live without a biological, step, or adoptive father in the home.) Fatherless children are:

My Father and Our Father 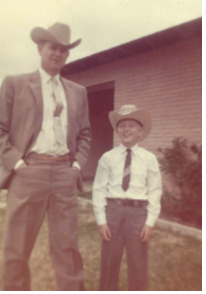 With my dad, circa early 60s. (This was obviously before Trump made long ties fashionable.)

I was blessed to have a wonderful earthly father and got to enjoy him until he was 95. He was a Christian but not a real student of the Bible. When I became a believer in the late seventies and began to read the Bible, I saw many similarities in his nature and my heavenly Father’s. Because of my dad, it was easy for me to relate to my heavenly Father’s love for me. “If you then, being evil, know how to give good gifts to your children, how much more will your Father who is in heaven give good things to those who ask Him” (Matthew 7:11). Oh thank heaven for 7:11!

Unfortunately, many grow up without that blessing I had. But anyone can be taught true Fatherhood by our true Father, God. In 2 Corinthians 6:18, Paul quotes this Old Testament concept found in 2 Samuel 7:14, Jeremiah 31:9, and elsewhere: “I will be a Father to you, And you shall be My sons and daughters, Says the Lord Almighty.”

It’s interesting that the founder of The Stream and Life Outreach International, James Robison, never knew his father, and yet he is used mightily by God as a father figure in the body of Christ, as the apostle Paul was. “For though you might have ten thousand instructors in Christ, yet you do not have many fathers; for in Christ Jesus I have begotten you through the gospel” (1 Corinthians 4:15).

In Luke 15 we find what we call the story of “The Prodigal Son.” Most Bibles will even have that label on the header at the top of the appropriate page. But that parable has been grossly mis-named. How do I know that? (This is not going to be as deep a theological answer as you think.) All you have to do is read the first verse (verse 11). Jesus began, “A certain man had two sons.” It does not say, “A certain son had a father and an older brother.” The story is all about the “man,” or the father! And that father is a perfect type of our heavenly Father. [emphasis added]

Yes, the younger son had wasted his father’s fortune on prostitutes and reckless living (word apparently got around even without phones and the internet). But his father showed great compassion on him. It doesn’t say how long the boy was gone, but to waste (presumably) a great deal of money, he was probably gone for at least months, if not a year or two.

Verse 20 says, “And he arose and came to his father. But when he was still a great way off, his father saw him and had compassion, and ran and fell on his neck and kissed him.” Even after all that time lapse, when the son finally decided to go home, the father spotted him “while he was still a great way off.” [emphasis added] Was that just luck of the draw, that dad was watching the road?

The Father Looks Out for His Son

No. I believe every time that father walked out to draw some water out of the cistern, to milk the cow, to get a bucket of corn for the fatted calf, or to plant some seed in the field he was looking for his son. And when he spotted him, he ran to his son. According to many historians, in the first-century Middle Eastern culture it was a disgrace for a man to run. In order to run, he would have to pull up his tunic, thereby shamefully showing his bare legs. This father didn’t care about shaming himself; his love for the returning son was far greater than that.

Hebrews 12:2 reminds us that Jesus “for the joy that was set before Him endured the cross, despising the shame” for you and me. Jesus was shamed by much worse than just exposing his legs. Many think the Romans wanted to maximize the humiliation, and He was probably crucified completely naked. But far worse than that was bearing the shame for all of mankind … past, present, and future.

I applaud the state of Florida for this initiative. Perhaps this is a step towards the fulfillment of the prophet Malachi’s prophecy from about 2,500 years ago. “And he will turn The hearts of the fathers to the children, And the hearts of the children to their fathers” (Malachi 4:6).

Unlikely Fighter: The True Story of a Fatherless Kid’s Journey From Pain to Hope and an Identity in Christ