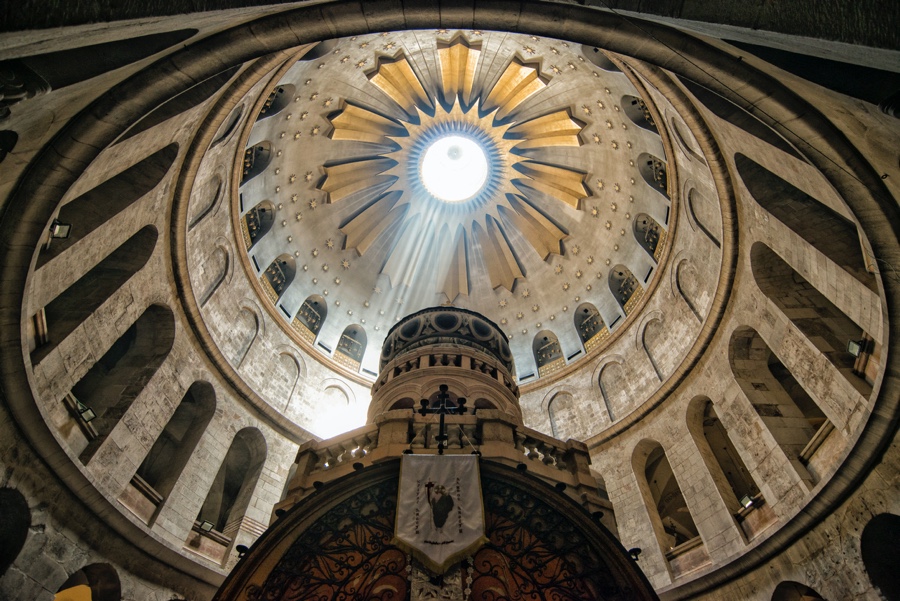 Christ-followers are up against a lot in today’s world. I wrote about it a couple weeks ago: the world is throwing a lot at us, including sexual power-mongering and powerful spiritual deception. But the story doesn’t end there (even if it got set aside a few days due to the rise of the coronavirus). If I’d left it at that, it would have been a message of despair, but it’s only half the story. We may have a lot going against us, but the other side has even more.

I wouldn’t want to be in their position, even if it looks strong for the moment. In the end they can’t win. They’re fighting against history, against truth, and most of all, against the power of God.

Secularists’ momentary victories are just that: momentary. Christianity has history on its side. The Left likes to tell us we’re on the wrong side of history, but that’s just silliness. It analyzes down to saying, “It’s right because it’s happening right now.” They said the same thing about eugenics a century ago. They said it about Nazism and communism. It’s an empty rhetorical device, that’s all; either that, or else it’s the myopia that thinks our own age is the first and only one in all history to figure everything out, and to do it without caring what God says.

The day will come when they’ll learn the truth and the power of God, and they’ll submit to Him.

It won’t last. Nothing has, except one thing. If you really want to talk history, you need to look at all that’s come and gone over the past few thousand years. Kingdoms have risen fallen. Intellectual movements have grown faddish and disappeared. One thing has remained: the world’s major religions. In the West, Christianity has outlasted all its foes, and in the rest of the world it’s growing quickly.

Christianity will outlive the Left. It’ll outlast today’s sexual madness, and it will survive socialism. That’s the real lesson of history.

It’s no accident that Christianity has stood strong over the centuries. We’ve got the truth on our side — truth about reality as it really is. By God’s grace, we have truth behind us on the great social questions of the day — life, marriage, morality, the economy. Reality doesn’t yield to lies or fantasies about such things. Humans may push against it, but eventually it will push back and reassert itself. Truth remains true no matter how many people ignore or reject it.

And Christianity is firmly settled in truth, God’s truth. It’s important that we remember whose truth it is. It isn’t ours, something to boast in as if we owned it in some way. Unbelievers sometimes accuse us of arrogance for our conviction that we have the truth, and indeed we’re guilty of that, if we claim it as our own. If on the other hand we remember it’s God’s truth, truth we acknowledge and submit to, that’s humility, not arrogance. Or as I’ve been saying it for some time now, we don’t hold the truth, the Truth holds us.

God’s truth is good, loving and joyful for those who trust in it. Those who try to reject it will find out, sooner or later, that it’s also a holy and just truth, and there’s a price to be paid for fighting it.

The Power of God

And this truth, this reality, has even more going for it: the very power of God, keeping His people in His care, no matter what any person or any group may try to throw our way.

By God’s power the Church has even survived our own internal errors. They have been many, century upon century, and in any ordinary social movement they would have been fatal. But God has always kept a strong remnant in His Church, and we can be sure that until the end, when Christ returns, He will keep on showing Himself strong through His people. It’s His way of revealing Himself in the world.

This is not “the Church triumphant,” though, as if we would appear the victor in all earthly battles. No, this is the Church kept strong by God’s power through whatever good times or struggles may come our way. Jesus’ greatest victory, His resurrection, followed upon the moment His opponents thought was theirs. In the same way, Christianity has always shown itself strongest when it’s most under pressure. Jesus’ true followers cannot lose earthly ground without gaining spiritual ground. Historically that’s almost always included gaining more new followers of Christ.

The power of God is at work in His people, to guide, correct, support, and empower. It’s foolish to stand up against that. Some people try it anyway. Eventually they’ll learn, and for their sake, the sooner the better.

To Learn the Truth and the Power of God

I keep hearing our opponents say, “Sorry, but your side lost. The marriage question is settled, and a decade or two there won’t be any of you homophobes left to complain about it.” They’ll echo and extend that to religious freedom, and other issues we care about. But this is only for a moment.

The day will come when they’ll learn the truth and the power of God, and they’ll submit to Him. They can learn it kneel before Him while alive here on earth, as Christ-followers do today, or they can learn it and kneel to Him before His throne of judgment later. My prayer is that they’ll make the right decision while there’s still time. Either way, Christ’s victory is secure, and He shares His victories with His people.

Our opponents have a lot going for them, but that’s okay. I can remain calm over it, even as I fight it by all appropriate means, not as the world fights (2 Cor. 10:3-5), but God’s way, mostly through prayer and persuasion. There’s reason for hope and for a smile, no matter what they might throw at us. They’re up against a lot more than we are.

The One Good Reason to Be a Christian