What We’re Up Against: Powerful Spiritual Deception

It looks so family friendly, but this show like many others is insidiously deceptive. 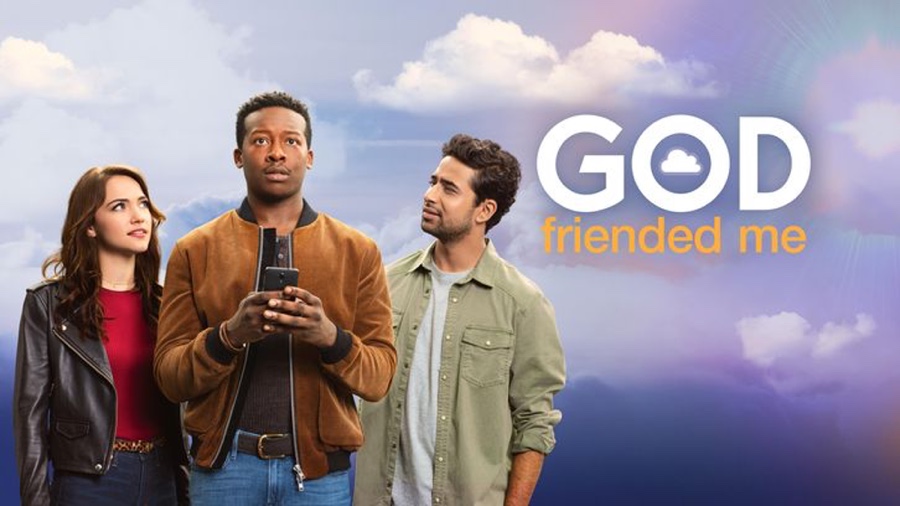 Want some clean, wholesome TV to watch with your kids? It’s not so easy to find, but what could be better than CBS’s God Friended Me? There’s no sex or violence, just young people being friends with each other, and sacrificing their days to help other people.

But this show, and other programs, books, and stories like it, may be just as deadly-damaging as the unlimited sexual expression I wrote about over the weekend. It offers different distortions, but they’re just as fatal in the long run. And it aims them at a quite unsuspecting market.

With God Friended Me now in its second season, the show’s week-to-week premise is that 20-something New Yorker Miles Finer gets social media friend suggestions from “God.” He and his friends know it isn’t really God behind it, so they’re trying to track down who’s sending these suggestions.

In the real world, whoever is behind the “God account” would surely have to give account to God for taking His name in vain. But this isn’t the real world.

Apparently this “God account” has incredible intel, since it always knows who has an apparently unsolvable problem, which Miles and his friends will then solve for them. Not only that, but the God account has an uncanny way of making sure Miles runs into that person.

Apart from the mystery of who’s behind the “God account,” though, the show is as uplifting as it could possibly be. Uplifting — and deadly. Though it’s been on for nearly two full seasons already, one very recent episode epitomizes just how insidious “good” TV can be.

The problem Miles is sent to solve in this episode centers around young Anna, dying of cancer, who’d once been a member of Harlem Episcopal Church. Miles’s dad had been the pastor there at the time; he’s a bishop now. Anna had lost her faith when a friend committed suicide. It was up to Miles to help her recover it. Just what is this “faith” she needed to have restored, though?

Two decisive moments late in the episode tell the answer. Miles had been questioning his own faith, but his sister reassured him: “You have faith, Miles. Faith in your family, in your friends. Most importantly, you have faith in people, in the most extraordinary way.” And that’s all the faith he needed!

But it also teaches that God is unreal, unnecessary, or at best a merely symbolic figure — which makes it a deadly deception.

Of course Anna’s faith ended up restored, too, because Miles and the “God account” never fail. Just hours before she dies, she imparts her new-found wisdom about faith in a Facebook video, including this:

Sometimes it’s the simple things that are the most profound reminders of what’s important. Like love, how it can heal the past or give us hope for the future. Or family, knowing no matter what happens, we don’t have to fight alone. Because faith isn’t just about religion. It’s about realizing we’re all in this together. It’s easy to forget how connected we all are. It’s easy to feel scared or angry. But that’s not the same thing as losing faith. And sometimes it takes meeting someone new to remind us of that — that it’s never too late to find the faith we’ve lost.

Faith Without God or Christ

It’s as sticky-sweet as the Hallmark Channel might be if Christmas fell on Valentine’s Day. lt’s a lot more preachy, though. And this is the message the show’s writers want us to take to heart. Faith “isn’t about religion,” and it isn’t about God, either. The episode mentions Him just twice, other than the fake God in “the God account.”

Thus faith has nothing to do with God. Anna never had to confront the one big question that had challenged her faith two years earlier: “how a benevolent God could allow so much suffering.” That question was raised early on, but completely ignored through all the suffering that ensued in this episode. Apparently God is irrelevant to all that.

Suffering? Where? In this show, everyone lives happily ever after, except Anna who dies; but at least she dies with faith in her heart, so all turns out well for her, too. Because faith matters, even if God doesn’t. Faith is all that counts, and it doesn’t much matter what or whom you put your faith in. The word “faith” is mentioned at least 30 times in the fifteen minutes or so centered on that subplot. The name of God comes up twice; Jesus Christ, not at all.

Again, faith “isn’t about religion,” says Preacher Anna — but this program sure is. It’s a false religion it purveys, offering a false hope based on misplaced faith.  This faith is nothing but treat-each-other-well, feel-good stuff. The strong presence of Miles’s father (a bishop) lets “God Friended Me” purvey this faith as compatible with his, which suggests that it’s Christian faith.

Nothing could be further from the truth. Mere “faith” is really quite meaningless; it must be faith in something for the word even to make sense. And that something must be sufficiently good, powerful, and wise to be worth our trust.

Friends, family, and “people” can be worth a degree of faith. Still it’s next to meaningless to say, “I have faith in people.” One must ask, Which people? What do you trust these people to do or to be? What if you’re counting on them for more than even the best of them can provide?

Anna was. She got some pleasant affirmations from a few people. Then she died. In the real world, that means, then she faced judgment, and the eternal difference between life and death.

She needed Someone who could carry her to everlasting life. “Faith” can’t do that. Only Jesus Christ can.

But it’s such a nice show. It’s such an oasis of family-friendliness in the midst of a sex- and violence-filled television wasteland. It’s the kind of show parents would love their kids to be watching. It teaches such great values. That makes it a powerfully attractive program. So insidious.

Because it also teaches that God is unreal, unnecessary, or at best a merely symbolic figure — which makes it such a deadly deception. Just the kind of show the media establishment wants you and your kids watching and learning from.