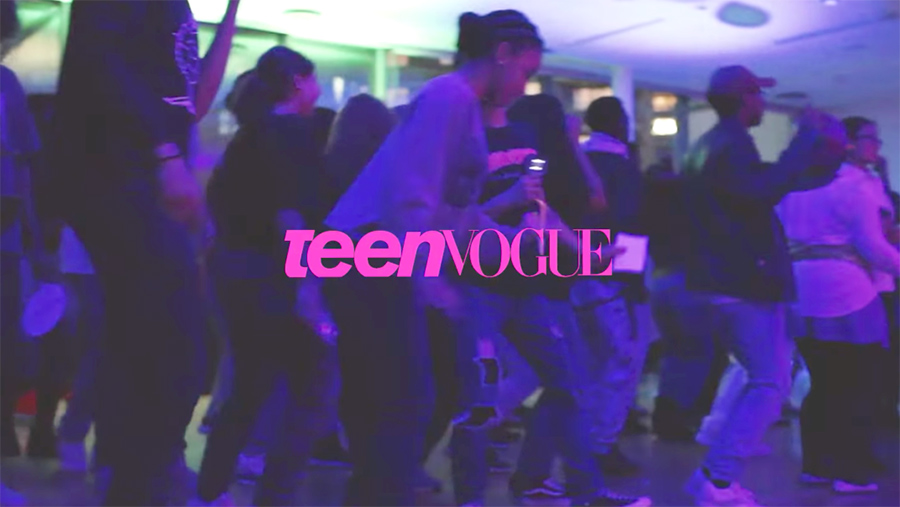 A "Teen Vogue" writer wants us to accept ALL forms of sexuality. All of them.

Want to see what we’re up against?

Lily Herman is a prolific free-lance writer with hundreds of published pieces in periodicals including TIME, USA Today, and Forbes. An ambitious millennial, her topics range from business advice to biking across America. She’s also contributing editor to Teen Vogue, which is what concerns me most: she writes for teenage girls. That, plus knowing what she considers important, from her February Mic.com column, “Can the next generation of candidates make politics more sex-positive?”

She opens the piece complaining about “a harsh truth,” from the last elections, the 2018 midterms. There were gains for “marginalized” candidates, she says, but “whenever society takes a step forward, criticism isn’t far behind, particularly against those who refuse to conform to traditional expectations.” That especially goes for “sexuality and relationship statuses.”

Her prime example: Rep. Katie Hill of California, openly bisexual, going through “a difficult divorce,” with explicit photos of her available online, posted without her consent, but apparently not shot without her consent. She’s the hero. The bad guys? Her opponents, running on a platform of “simple, stable, monogamous relationships bound in matrimony and commitments to raising nuclear families.”

Herman gives Hill kudos for successfully “subverting a whole pile of rigid societal structures around gender, age, sexuality, and relationships.” Except scandal followed, when she was credibly accused of an inappropriate relationship with a staffer, and she had to resign; and it all proves “just how far our society has to go” yet.

Buttigieg Wasn’t Queer Enough for Her

Then there’s Noah Dyer. He was a gubernatorial candidate in Arizona who both supports and participates in open, polyamorous relationships. He acknowledged on his own campaign website that he’d had group sex, and sex on camera. And Herman thinks it’s just awful his Democratic party rejected him for that. At long last, have they no sense of shame?

More prominently, Pete Buttigieg may have been a gay candidate, but he “embraces many political institutions and norms.” And he’s “cisgender” and married to just one man. That makes him, well, not quite queer enough. “The battle, then,” writes Herman, “is not to just accept certain expressions of sexuality, gender identity, and relationships, but all of them.”

“The battle, then,” writes Herman, “is not to just accept certain expressions of sexuality, gender identity, and relationships, but all of them.”

“All of them.” Don’t rush past that; think about it. All. Of. Them. Are there any restrictions at all on that? Any? Age, for instance?

Voters should “actively support” every expression of sexuality, gender identity, and relationships, she says. Otherwise we may be “stuck in this rigid structure forever.”

So urges the Teen Vogue writer. We need candidates who will make politics “more sex-positive,” not so infected with stable, monogamous marriages and nuclear families.

For the 2020 elections this is just an undercurrent, but even that, to Herman, is a problem. She thinks it ought to be completely out in the open, freely accepted, and central to our politics.

What We’re Up Against

There are so many directions I could go from this point. I could explain how Herman’s“sex-positive” values are really sex-negative, for God had a better idea in mind when He created sex. Or I could tell you how healthy many of our existing structures can be, especially family structures, and how utterly destructive are her wishes against them.

I could remind us of all that and more, except as a reader of The Stream, I think you already know. What may not be so obvious is how freely, openly, and unashamedly some people are pushing this destruction upon us.

So I have just one point to make. I hope it’s enough to rouse us all awake. When we wake up, I hope we’ll commit to all the prayer, study, organizing and advocacy it calls for. And the mourning, the grief, and (as it may apply) the repentance. Remember, Pete Buttigieg wasn’t gay enough. Voters should support every expression of sexuality, gender identity, and relationships. So says the Teen Vogue writer.

Just one point, then: This is what we’re up against. We’d better take it seriously.