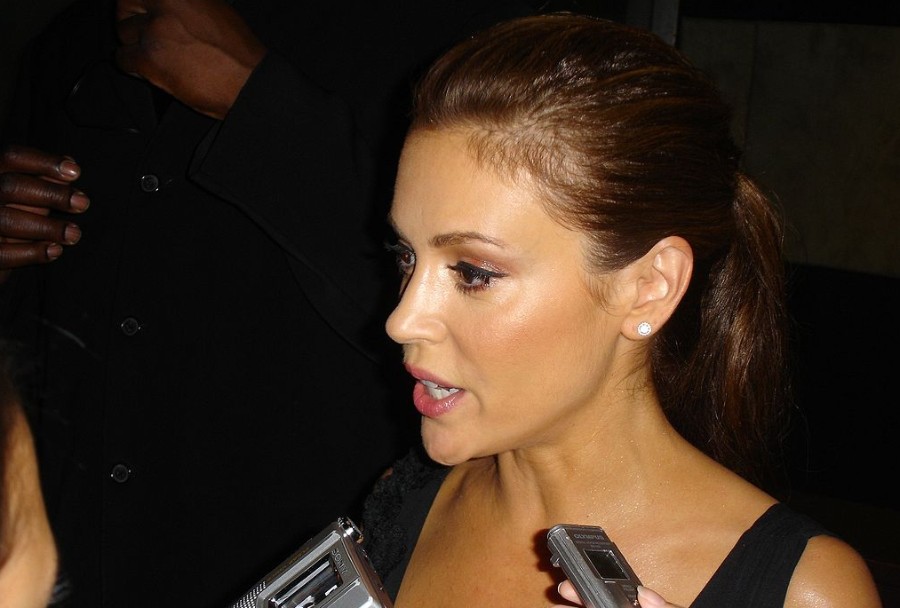 Among the many Hollywood celebrities who hotly opposed Donald Trump, Alyssa Milano has been one of the most consistent. Now, as she believes that the election of Joe Biden is a fait accompli, she is offering an olive branch. How should we respond?

On November 24 she tweeted, “I’d like to extend an olive branch to Trump supporters.

“I am ready to move #ForwardTogether.

“There’s so much work to do to heal the nation. Let’s be a part of the solution and not add to the problems we face.

“My comments are open. Please reply with #ForwardTogether. ❤️”

She also said, “We’re going to need a lot of humility and compassion right now. Anger and triumphalism is less helpful.”

Prior to Biden’s apparent victory, though, her sentiments were different. And so, on October 22, she tweeted, “America or Trump. You can’t love both. #BidenWon.”

On the same day, she also tweeted, “Hope over fear. Love over hate. #BidenWon.” (Yes, she tweeted that Biden won back in October.)

Not So Quick to Forgive

Not surprisingly, the responses to her olive branch were mixed.

Fox News reported that, “Trump supporters were quick to react to Milano’s offering on Monday, and a majority did not meet her with kind words in return. Several balked at the star’s approach, calling it a ‘joke’ after her several outcries for Trump to be ripped from office.

“‘I remember you. You were the one glaring at Justice Brett Kavanaugh during his hearings. You were the one that called conservatives every name in the book and didn’t sensor your words in the least. No way you’d be offering an olive branch had your party lost … How about NO,’ one person reacted.

“Another wrote: ‘I’m too lazy to read the comments but I suspect this yielded exactly zero Trump supporters to take your olive branch.’”

Others, responding as Trump opponents, made clear that they had nothing in common with his supporters. There was no olive branch coming from them.

Let’s Seek to Heal Together, But …

I felt to respond differently, tweeting: “By all means, let’s seek to heal the nation. #ForwardTogether!

“1) For what past comments can you now apologize?

“2) Can you have a civil conversation with pro-life Christians?

“3) Would you have accepted an olive branch from Trump supporters Nov 2016?”

These questions were meant to be sincere, even if my tweet was buried among thousands of other responses and never even seen by Milano.

My point was to say this: I will sit and talk with almost anyone who has an opposing ideological or spiritual or political point of view as long as they are willing to have an honest exchange of ideas. To refuse to do so is to shut all possible doors of communication, destroy any possible bridges of understanding, and eliminate all possible efforts at outreach.

How do we help our cause by living in isolation? And how can we love our neighbor as ourselves if we won’t even dialogue with our neighbor? And don’t we all want to see America healed?

In the past, I have challenged Milano’s statements about abortion, especially when she cited the Bible in support. And, given the opportunity, I would do so face to face.

But if someone reaches out to me in good faith, offering me an olive branch, I will take that offer on face value until they disqualify themselves.

So, my first question to Milano was: “For what past comments can you now apologize?”

She recently said that voting for Trump is choosing hate. She also said that you cannot love America and vote for Trump. Is she willing to recognize how harshly and broadly she judged tens of millions of voters? (Ms. Milano, if by chance you’re reading this, I’d genuinely love to hear your response.)

Secondly, is she willing to have a face to face, civil conversation with pro-life Christians who believe that abortion is the slaughter of the unborn? (I would ask my pro-life friends the same question in reverse: Can we have a civil conversation with someone who believes that life does not begin until conception or, at the least, not until the baby is viable outside the womb?)

Thirdly, is Milano simply offering the olive branch of the victor? Is she saying, “Now that we won and have crushed your resistance, let’s be friends”?

Such an olive branch is hardly sincere, any more than ours might have been sincere had we been victorious. (Of course, some still believe we will be.)

Pursuing Purity While Working for Peace

But to cite those verses would be to miss the point that was being made.

Jesus was addressing false notions of His Messiahship, explaining that, as a result of His earthly mission, there would be division in the homes rather than peace on earth. But He was not calling us to be divisive people.

As for Paul, he was calling us not to pollute our own souls by yoking ourselves together with the sinful society.

But this same Paul was quite clear that we were not to stop associating with the people of the world, writing, “I wrote to you in my letter not to associate with sexually immoral people — not at all meaning the people of this world who are immoral, or the greedy and swindlers, or idolaters. In that case you would have to leave this world” (1 Corinthians 5:9-10). All clear!

Similarly, Hebrews states, “Make every effort to live in peace with everyone and to be holy; without holiness no one will see the Lord” (Hebrews 12:14).

So, we pursue personal purity while seeking to live at peace with others.

Peter even urged us to live such impeccable lives among the non-believers that they would be converted by our lifestyles (see 1 Peter 2:12; see also Matthew 5:14-16).

Paul also called us “to slander no one to be peaceable and considerate, and always to be gentle toward everyone, reminding us that, “At one time we too were foolish, disobedient, deceived and enslaved by all kinds of passions and pleasures. We lived in malice and envy, being hated and hating one another.” Yes, this was how we once lived, in ignorance and blindness, until the mercy of God appeared to us through Jesus. (See Titus 3:1-5.)

If Door is Opened a Crack, Walk Through It

Perhaps Alyssa Milano is just as we once were, convinced she is spiritually right when, in many ways, she is quite wrong. And perhaps, should we sit down and talk together, we would recognize the humanity in each of us in the midst of our differences.

And best of all, should we accept her offer of an olive branch, perhaps we could introduce her to the one who changed everything for us.

If the door is open, even a crack, I’ll walk through it. (To my staunchest ideological and spiritual opponents, take that as my olive branch, offered in love but without compromise.)