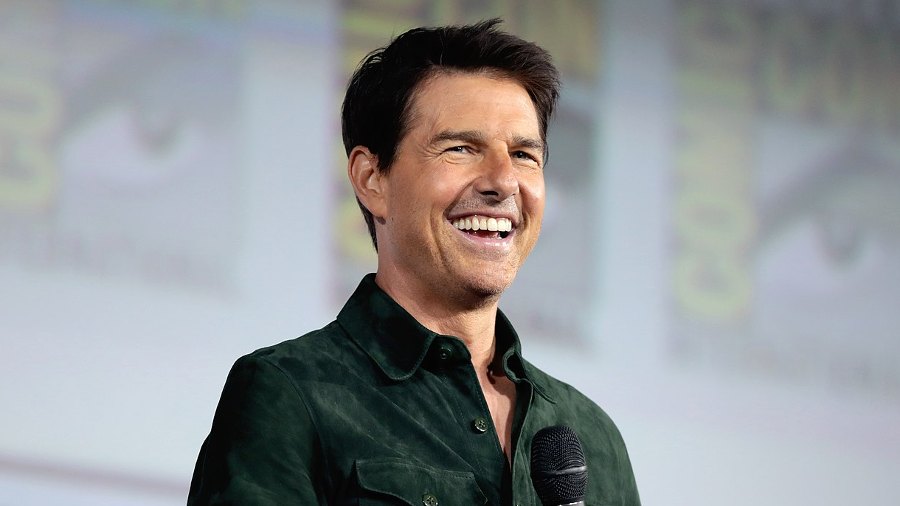 Tom Cruise’s summer blockbuster Top Gun: Maverick is not just thrilling, it’s not just breathtaking cinematography, it’s not just a great story. Maverick serves up a powerful and needed message — and hence, offers much more than the original.

Others are writing about the film’s fantastic aerial action sequences, its poignant handling of life and death, of forgiveness and friendship, of growing up and growing old, and its sage commentary on the importance of balancing instinct, emotion and intellect. But I was especially struck by other elements in the film.

The first is how the film shines a spotlight on service and selflessness. If the original Top Gun celebrated swaggering individualism, the sequel celebrates serving others and dying to self.

Early in the film, Cruise’s Capt. Pete “Maverick” Mitchell pushes the limits of his orders and the laws of physics to prove the capabilities of a hypersonic spaceplane he’s test-piloting — and to save the program and, in his words, “everyone else” from the budget-cutting axe.

“Send me.” This is the heart of the ethos that motivates all those who defend and protect us.

In one moving sequence Maverick, burdened by the sense that he’s sending pilots on a mission from which some of them will not return, tearfully pleads with his old friend and now-commanding officer, Adm. Tom “Iceman” Kazansky, “Send me.” Later, Maverick rockets his F-18 to the aid of a fellow pilot caught in a cauldron of enemy surface-to-air missiles. That selfless act is followed by another act of aerial altruism and another, as each pilot willingly puts himself in harm’s way so that their fellow aviators — and indeed, their fellow man — might live.

“Send me.” This is the heart of the ethos that motivates all those who defend and protect us. And whether or not they — or Cruise — realize it, this comes straight from scripture. “Then I heard the voice of the Lord saying, ‘Whom shall I send? And who will go for us?’” The prophet answered, “Here am I. Send me!”

The made-in-Hollywood hero we know as Maverick is a bigger-than-life reflection of real-life heroes like my grandfathers, my dad and my friends Brian, Scott, Katie, Matt, Rick and Joe and every American who has said, “Send me.” Just 2.1 million of them shield this nation of 330 million — and serve as civilization’s first-responder and last line of defense. What Churchill said in 1940 remains true today: so much owed by so many to so few.

Maverick also reminds those with ears to hear and eyes to see that there’s more to us than this physical world — and even that there’s a cloud of witnesses pulling for us.

In Maverick, there are many echoes of Top Gun’s recurrent phrase “Talk to me, Goose.” This is a reference to Lt. Nick “Goose” Bradshaw — the Radar Intercept Officer (or RIO) who manned the systems in the backseat of Maverick’s F-14 in the original film, and who died in that film. Early in the sequel, Maverick whispers those words as his hypersonic rocket-plane crests the clouds and touches that place where sky and space meet. The answer comes in the form of a brilliant sunrise. In another scene, he says that multi-meaning phrase as he prepares to go into battle, wrestles with whether he’s done enough to brace his young team for the fire, and wonders if he and his team are up for the mission. Again, the answer comes immediately, this time in the booming baritone voice of his commander: “You’re where you belong, Maverick.”

A few scenes later, in the heat of battle, Goose’s son whispers that phrase, but with an unexpected and moving modification: “Talk to me, Dad.” And immediately, the young pilot finds the strength to carry out his impossible mission.

Again, for those with ears to hear, the moment serves as a stirring reminder that our Father is our strength and our help.

Speaking of fathers, Maverick is in many ways a story about the burdens and joys of being a dad — and the pain of needing a dad who’s not there. Goose died in the first film, and Maverick’s father had died years earlier in Vietnam. Maverick, we learn, has sought to protect Goose’s son, shielding him from danger and carrying the burden of a promise made to Goose’s wife by keeping her son safe. Maverick carries that burden alone, quietly, stoically. Goose’s son carries the pain and anger openly.

Yet Maverick is a father figure not just for Goose’s son, but for all the pilots he’s training. Indeed, Maverick sees his team of young pilots not as bloodless extensions of their warplanes, but as people with families and tomorrows — people he’s determined to lead back home. At one point, he even reminds his higher-ups that the mission won’t be complete just by taking out the target, but rather by getting everyone back safely.

Like a good dad, like a good shepherd, Maverick will do anything and everything to make sure none of his own is lost — even if that means sacrificing himself. The joy that comes when he knows his “son” is safe — the pride he feels when he sees his “son” doing what he was made to do — fills his heart and fills the screen.

In this, Maverick offers something of a Father’s Day message: Dads need to show that joy and that pride — and sons and daughters need to say “Thank you” to the man who plays the role of supporting actor and good shepherd in their lives.

That brings us to the final element from Maverick that struck me and stayed with me.

In Maverick, those who survive the aerial battle return to their shipmates with an overflowing spirit of gratitude. It’s expressed in words and tears, salutes and bear hugs. The look is similar to the carrier-deck celebration in the original, but the feel is much different. Emotional expressions of thankfulness replace the cocky exchange of “You can be my wingman … No, you can be mine.” In this, Maverick nudges us to do the same — for our defenders and for each other.

To be sure, the “Thank you for your service” response many of us muster when we encounter one of our defenders is better than how an earlier generation of Americans greeted those returning from Vietnam. But it seems empty. In fact, among some veterans of the war on terror, the phrase is shrugged off as an afterthought or quoted as an inside joke. In defense of those who say it and mean it, we don’t know what more to say. Maybe that’s the point. Since we can never really thank or repay those who literally form a shield between us and tyranny, between us and chaos, between us and Xi and Putin and Kim and Khamenei, between us and mass-murderers masquerading as holy men, anything we say will sound and seem empty.

Alan Dowd writes at the crossroads of faith and public policy. A longer version of this essay, focusing more on history and national security, appeared in Providence.

The Brew: Some of What Ya’ Might Have Missed Over Memorial Day Weekend

This Thanksgiving, Don’t Forget to be Grateful for the Little Things