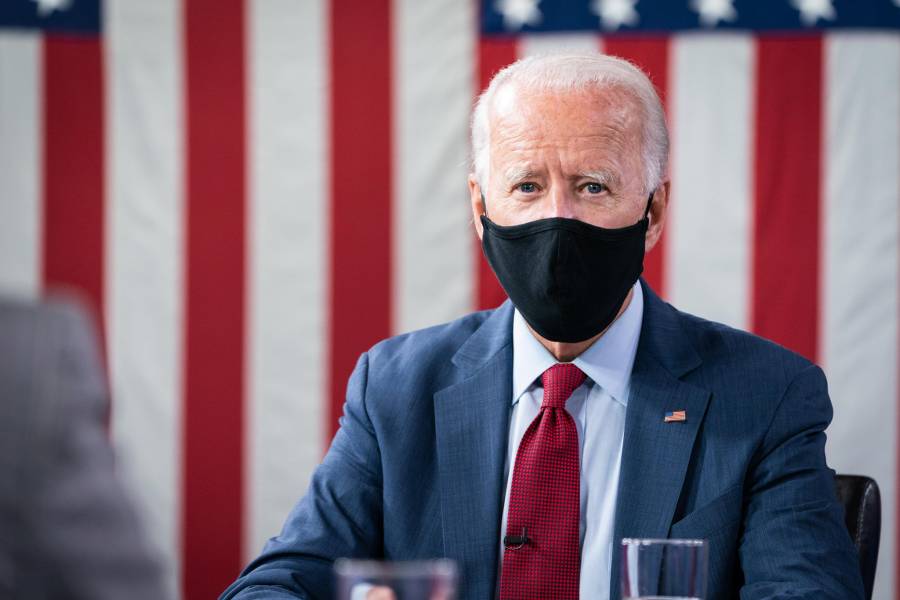 Vanity Fair reported back in October that Joe Biden advisors pressured the company Pfizer to hold off announcing its vaccine until after the election. The magazine clogs the story with plenty of propaganda language. It disguises this political pressure as “scientific” caution, but the facts are clear.

The Biden team was desperate to keep Americans scared and locked down in their homes until their ballots were cast. Chief among those exerting such massive political pressure was Ezekiel Emanuel. He’s the euthanasia enthusiast who’d withhold life-saving medicine from anyone over age 75.

This seems shady as hell, from a story on Oct. 22.

Biden coronavirus task force member @ZekeEmanuel worked with @EricTopol to pressure Pfizer not to apply for approval of its vaccine on an expedited timeline before the election. https://t.co/M8L0oPfPdI pic.twitter.com/fCqvcTpkdO

It seems that Biden’s gambit worked. That Disney Animatronic Dead “President-Elect” Joe Biden will successfully dodge the legal challenges to his victory. I hope I am wrong. But if I’m not, we need to know precisely the kind of shell of a man we’re dealing with. And who are his closest and most important allies.

The biggest and most effective of these, it’s clear, is the COVID virus. Or the Wuhan Flu, is you want to use the scientific convention in existence until Beijing snapped its fingers, and worldwide media obeyed it. To all appearances, Joe Biden obeyed China, too. He directly cooperated, at every stage, with a Chinese biowarfare attack on the rest of the world. The reward he sought in return? The White House. Should his election stand, the lesson the world will draw from it should be clear: Friends of China prosper. Get the hint?

Was Biden Following Orders, or Just Sniffing Out His Interests?

Joe Biden’s son Hunter sought illicit millions from China and was subject to Chinese blackmail. We know that from the laptop the FBI hid in a basement and the media wouldn’t report on. What we don’t know? Whether Biden directly coordinated his strategy with China. Or if he simply and cynically figured out on his own how to make the COVID crisis worse. Then ride it to win the election. Either scenario would explain his actions. The one theory that wouldn’t is that Biden was a patriotic American, doing the best he could.

Ask yourself: Why did Joe Biden oppose Donald Trump’s life-saving travel ban on China? China had locked down its own country to travel, and was welding people to die in their apartments inside Wuhan. What’s the patriotic explanation of Biden back in January smearing Trump as “xenophobic” for rejecting travelers whom China wouldn’t admit? China sent a million possible carriers out to the world like Japanese Zeros on Pearl Harbor morning. They spread the disease, so China didn’t suffer alone. They brought it first and worst to Italy, where we saw horrific scenes of hospital wards turning into morgues. What part of that was it right for Joe Biden to wish on Americans?

Why Kill All Those Old Folks?

Ask yourself again why blue-state governors such as Andrew Cuomo (now facing an Emmy Award for impersonating a U.S. governor) dumped virus patients on nursing homes. Why kill off tens of thousands of America’s most vulnerable? I have found no rational explanation for doing that. Or for leaving thousands of beds empty on medical ships such as the U.S.S. Comfort, and field hospitals such as Samaritan’s Purse set up.

If such a virus dump on the elderly had happened in just one state, I’d chalk it up to incompetence. But this policy was apparently coordinated. It only happened in blue states, such as New York, New Jersey, Michigan and California. And the massive die-off of veterans and grandmas in those states helped pad the death tolls.

Fanning the Panic, for the Great Reset

That fanned the panic, which Democrats counted on. That allowed them to shut down their states. To destroy the Trump boom economy. And to make the case for massive micromanagement of individual citizens. You know, the Great Reset, which Canada’s Justin Trudeau admits will be the pretext for enacting a pre-existing globalist agenda.

Remember, my friends, the virus is very smart. It knows to spread when people sing in church. But not to spread when they loot cities to demand we defund the police. The virus knew better than to spread when Democrats harvested votes. Or rallied by the thousands to protest the danger of in-person voting. But it absolutely would have spread and killed millions if people had to show up and show ID at polling places.

The Virus: Too Smart for Us

Such a crafty virus. It made sure that the only safe time to announce an upcoming vaccine against it would be … just two weeks after the election the Democrats were counting on it to win them.

Maybe Joe Biden is right: this virus is so hyper-intelligent and powerful we’d better ally with it. And with China. Resistance is futile.