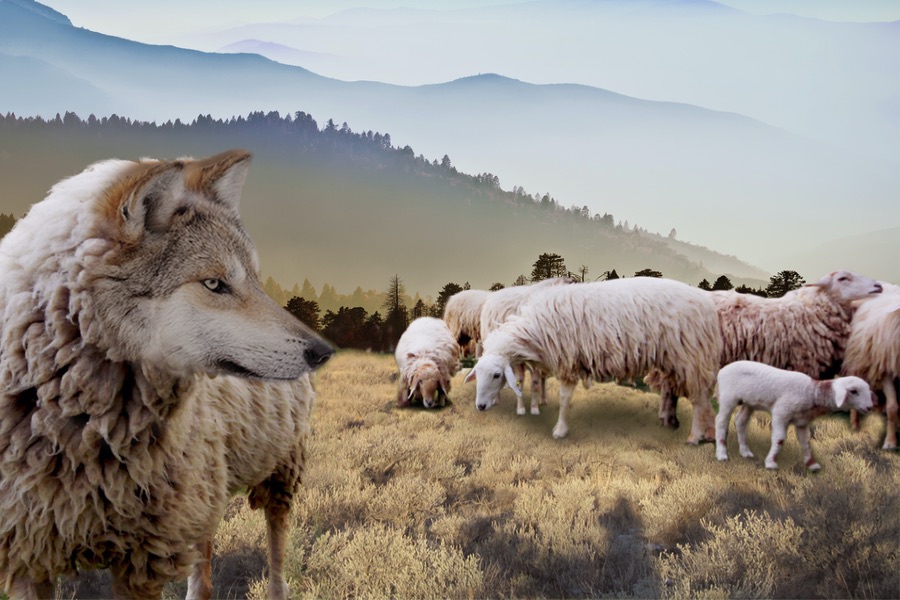 I’d like to thank the key organ of Catholic Integralism, The Josias, for doing exactly what I’d hoped to provoke such Integralists to do. That is to finally man up regarding their ideology and say the quiet part out loud.

In a recent post, Alan Fimister blurted out what authors Scott Hahn and Brandon McGinley would only whisper in their recent book, Right and Just. Integralists claim that Catholic bishops have absolute jurisdiction over every baptized human being in their dioceses. They have the right to imprison them for heresy, close down Protestant and Eastern Orthodox churches, censor “heretical” books, and ensure that every baptized child is educated as a Catholic. Now it might not be “prudent” to insist on that power at any given moment. (For instance, at a moment like ours when Catholic bishops chosen by pedophile ex-Cardinal Theodore McCarrick are the last people any fit parent would trust with their male children, in particular.)

But the Church has such rights. It exercised them quite properly when Pope Pius IX kidnapped a Jewish child baptized against his parents’ wishes. By the same principle, King Louis XV was justified in taking the children away from Huguenot parents, to raise them as Catholics. In the “ideal” situation the Josias envisions, that would be happening here in America, as soon as it’s “prudent” (i.e., we can get away with it).

Femister further declared that the idea of founding a republic like the United States on Natural Law — instead of divine Revelation, like Saudi Arabia — is “Satanic.” Supporting it makes me a “liberal.” In the sense of Classical Liberalism — as opposed to Catholic Sharia — I’ll happily cop to that title.

To buttress his assertions, Fimister quoted some non-infallible statements by popes. But I could just as easily quote Pope Francis denouncing the death penalty and carving out loopholes for adulterous Catholics to receive Communion. Papal encyclicals, Francis has taught us, can contain mistakes. It’s ludicrous to pretend (as some of us used to) that Catholics ought to treat papal assertions as presumptively infallible. (Then when one of them contradicted previous Church teaching, we’d save papal claims by bleating that the new, false statement wasn’t taught ex cathedra.) Francis has done us all a favor by cutting papal claims back down to size.

Femister cited a number of Church statements including our Catechism, all of them fallible. He even twists the words of Pope John Paul II to make him sound like an Integralist. This is the same pope who in 2000 led an elaborate public repentance on behalf of the whole Church for past Integralist abuses. He specifically begged forgiveness for the times when the Church persecuted Protestants. John Paul also spoke often and eloquently of the value of religious freedom for all. So did Pope Benedict XVI.

Femister would consider those public doctrinal errors of those popes, of course. So when exactly are the pope’s words completely decisive?

Most chillingly for Catholics, Femister asserts that the text of Vatican II’s much-celebrated text affirming religious liberty, Dignitatis Humanae, was in fact willfully dishonest propaganda. (Or as the Muslims call it, taqiyya.) Yes, the text declared that religious liberty was due each human person by natural law and divine revelation. In fact, the Church speaking as one, declared:

[T]he human person has a right to religious freedom. This freedom means that all men are to be immune from coercion on the part of individuals or of social groups and of any human power, in such wise that no one is to be forced to act in a manner contrary to his own beliefs, whether privately or publicly, whether alone or in association with others, within due limits.

The council further declares that the right to religious freedom has its foundation in the very dignity of the human person as this dignity is known through the revealed word of God and by reason itself. This right of the human person to religious freedom is to be recognized in the constitutional law whereby society is governed and thus it is to become a civil right.

But Pope Paul and the bishops were only head-faking. Femister claims that they still covertly retained the old claim that bishops could arrest and imprison any baptized person for heresy. Whenever the political moment was “prudent.” How wonderfully Jesuitical. Come join our glorious, crypto-totalitarian Church, so you can learn its secret doctrines!

As Scott Hahn himself admitted in his past book, Politicizing the Bible (which I edited for publication), medieval popes found no support for Christians employing religious persecution in the New Testament. Because there is none. Jesus tells a few of his apparently Integralist disciples who want to call down fire from heaven on villages that don’t welcome Jesus instead … to shake the dust from their feet.

Nor is there any sign that the early Church was waiting in the wings to persecute heretics. Early Church fathers asked only for liberty. The first persecution of Christians by Christians was begun by the Roman emperor Theodosius, hundreds of years after Pentecost. Such persecutions were not part of  apostolic Tradition, but a secular innovation, aimed at promoting civic peace, which the Church accepted at the behest of an imperial State. No heretic was burned at the stake until around the year 1000, in a practice Spanish Christians borrowed from the Muslims.

Lacking any New Testament or apostolic support for religious supremacy over the State, medieval popes were forced to look back to Moses. Some claimed that they had inherited Moses’ theocratic mantle, and his authority over Israel and any secular ruler. Now, perhaps the reader is comfortable deferring to Pope Francis as another Moses. I am not.

All Your Kids Are Belong to Us

The only indisputably dogmatic (for Catholics) source which Femister cites is a canon of a Church council. It asserts that the Church may insist that all the baptized be “compelled to a Christian life.” Catholic philosopher John Finnis has explained this ambiguous text in light of the circumstances when it was written. Some children adopted by monasteries and baptized were leading unruly lives, as virtual bandits. The council did not think they had the right to renounce their baptism and live as pagans, but could be compelled to act like … Christians. From this phrase Femister (and the other Integralists) draw something very different. They derive from this phrase the power of Catholic bishops to use violent force to control the religious lives of every baptized person — including the children of Protestant parents.

Such a power, if granted, would have no checks or balances. The State would have to defer to bishops’ wills, and trust their honest intentions. They’d answer only to the pope, not any democratic or judicial authority. So the same set of institutions that just gave us the clerical sex abuse crisis would have unaccountable power over every Christian child on earth. If a bishop like Donald Wuerl paid hush money to a priest who made sadistic child porn in the rectory, then when the priest died in the gay brothel he ran, gave that priest’s a hero’s funeral? Well that’s none of your business, is it? Your Pentecostalist kids would still be under his proper, divine authority.

If that’s really the timeless, unchangeable teaching of the Catholic Church, then Vatican II’s declaration was a cynical sham. If Pope John Paul II had held this teaching, his apologies to Protestants would have been the most despicable act of hypocrisy in history. And if Integralism were the Church’s unchanging doctrine, then the Know-Nothings who wanted to keep us Catholics out of this country would be posthumously vindicated. I’d be tempted to persecute such a “Catholic Church” myself.

But doing so would violate my principles. Because I’m a “liberal.”