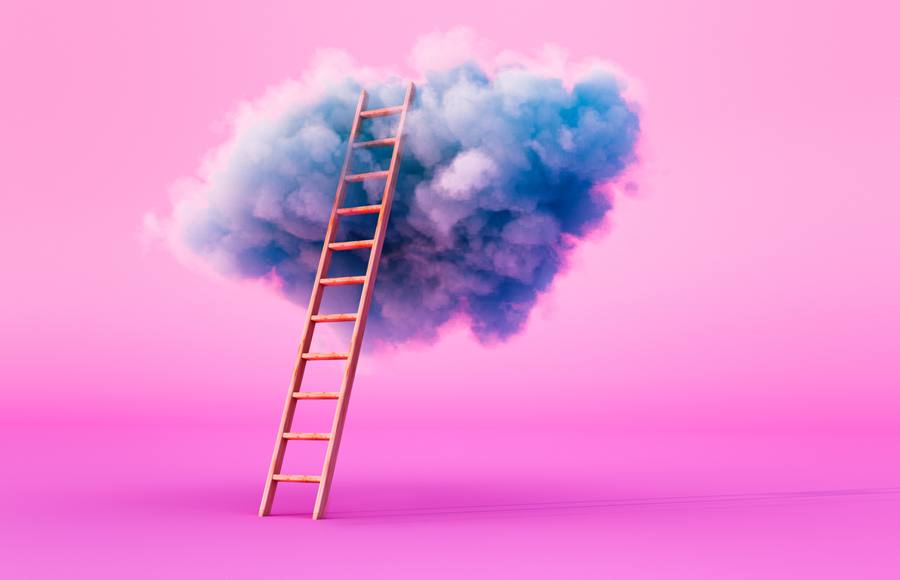 The world is polarizing, and the contagion has hit Christianity. I used to think we were splintered into all kinds of factions. More and more, though, we’re separating into just two. The two groups have fuzzy edges and points of overlap, but the distinction is there, it’s real, and I think it opens up huge layers of understanding.

The first group I call Anchored, meaning, they anchor their truths in the Word of God. It’s not their only source of truth, but they are convinced that where it speaks, it speaks truly and with authority. So their goal is to understand it properly and follow it faithfully. They know they fall short, but the goal remains for them regardless.

The second group I call Accommodationist, meaning that they’ll give honor in some sense to the Word of God, but they want their message to fit in better with the world somehow. They’re Christian in name, but they don’t mind altering their message to make it more accommodating to the world.

Accommodationism comes in all kinds of flavors, but none more obvious than Progressive Christianity. Progressive Christians like the Bible well enough in the places where they think it’s inspiring, where it tells them about love and sharing and good things God wants to give us. They like it a lot less when it makes people uncomfortable. They set it completely on those points, or else they come up with creative new interpretations.

I heard a fine example the other day, an episode of Unbelievable? with Calvin Robinson debating Robyn Henderson-Espinoza. Robinson is a good example of what I’m calling Anchored. Henderson-Espinoza is “woke” but won’t own up to it. I’ll even have to guess at Henderson-Espinoza’s sex. The voice and the photo are both ambiguous, and he or she wouldn’t commit to being male, female or whatever. I think “Robyn” is more likely a woman, but who knows?

Anyway, the Church of England has been delaying Robinson’s full ordination because of his conservative theology. Henderson-Espinoza sounded so empathetic: “I don’t know why they wouldn’t accept you on your own terms.”

It means that even in His own Church, Jesus should let His priest candidates set the terms. He may be God, but He’s got no business telling anyone He’s got standards!

It was almost as if she was siding with him for a moment. She was doing exactly the opposite instead. She seems to think the Church should accept priests on their own terms; that the Church should adapt; that it shouldn’t matter what a priest believes. Let the ordinand set the terms!

There’s no way Robinson would agree with that, even to his own advantage. Think what it must mean, if the Church is still Christ’s church. It means that even in His own Church, Jesus should let His priest candidates set the terms. He may be God, but He’s got no business telling anyone He’s got standards!

Jesus’ character was astonishingly strong in many other ways besides, as I show in my book Too Good to Be False: How Jesus’ Incomparable Character Reveals His Reality. Even long-time students of Jesus’ life have said they were surprised and refreshed by the great things they learned about Him there!

Accommodationists love saying Jesus was a loving, tolerant, probably even socialist “ethical teacher,” who accepted everyone and never wanted anyone to have to change, other than being more loving and tolerant, of course. I marvel when I hear that. Do they even know how to read?

We have written evidence informing us of the kind of person Jesus was. You can either go with that evidence, or you can make up some other Jesus of your own. If you do the inventing thing, honesty says you ought to say that’s what you’re doing. If you go with the records we have, then you simply must own up to the fact that they do not tell the story of the “Jesus” you imagine.

Hear me through as I say this, please, but Jesus was as non-accommodating as a person could possibly be. Of course He was empathetic, He was caring, and He was perfectly loving. Everywhere He went, He met people where they were and gave them what they needed most. For some it was healing, others deliverance, others a word of God’s forgiveness. That’s true compassion.

Grace and Truth, Both in Full Measure

And we’re bound to think compassion like that probably requires bending oneself to accommodate others’ desires. That’s how it works in our experience, but that’s because none of us has Jesus’ astonishing ability to live out every strength at once. For us, “every strength has its corresponding weakness,” so that even where we’re strong, we’re never strong in all the right ways. With Jesus, it was every strength was strong, period. That’s not just some “faith” statement, it’s the way the record depicts Him.

So He was full of grace, 100 percent compassionate and loving. He was also 100 percent full of truth (see John 1:14,17): eternal, objective truth that transcends every possible human want or desires. His grace was completely truthful, His truth absolutely gracious.

How Jesus Refused to Accommodate Anyone Else’s Plans

And He was surprisingly unyielding in many ways. I’d wager people called Him stubborn. He came with a mission to fulfill; it was His mission and no one else’s; and people tried bending Him off it, but He refused every time. He wouldn’t budge. He wouldn’t accommodate.

Take His early visit to Nazareth, for example. It’s in Luke 4:16-30. He gave a message in the synagogue, and the folks there loved it. They were so proud of their local boy! “Isn’t this Joseph’s son?” they said. He was their hometown hero, and they wanted to claim Him for their own.

He would have none of it. He spoke scripture in response, but he chose two instances when God took care of Gentiles instead of Jews. The message couldn’t have been clearer: “I’m not going to be your hometown boy.”

He was surprisingly unyielding in many ways. I’d wager people called Him stubborn.

So, how’d they take to that? They tried to throw Him off a cliff! That’s not what you call accommodating yourself to your crowd.

His family got embarrassed over Him, and what did He do? He said His real family were the people who obey God.

That’s not accommodating yourself, either.

The Cross is Final Proof of the Point

Lots of people wanted Him to be their military messiah, to drive Rome out of Israel. He took a path that couldn’t have been more opposite, allowing Rome to kill Him on one of their supremely humiliating crosses instead. That was what He came to do, and He made sure it would happen even when Pilate was reluctant to do it. His disciples had already tried more than once to head him off from it, but from the moment He “set His face to go to Jerusalem,” He refused to accommodate Himself to any of these wishes.

He refused to accommodate anyone in His message, too, which does a lot to explain how He got in trouble with Rome. He taught truth the Jewish leaders didn’t like, and He kept on teaching it. If He’d accommodated Himself to them, they would have left Him alone.

The cross was humiliation, it was death, and it is also the final conclusive proof that Jesus wasn’t about to accommodate His message, His truth, or His mission to anyone else’s wishes.

Anchored or Accommodationist: Which Way Are You Going?

Progressive Christians say they’re following Jesus’ example. That’s not remotely true. Even where they model some of their work after some of Jesus’ example, it’s actions without anchoring, which is completely unlike Jesus. So accommodationist “Christianity” is really more like Accommodationist nothing-ianity. It erases the real Jesus and replaces Him with an empty nothing.

The real Jesus lived grace and truth together and equally. The two virtues can coexist, and He proved it. Those who are Anchored know this and strive to emulate Him in it. We’ll get it wrong sometimes, and annoy people in the process. That’s what you get for trying sometimes, but you still have to try. We can annoy people getting it right, too. Thankfully the Bible guides us in that, as it does in all other matters that really matter.

So our Anchor can’t be whether people like us or not. It’s whether we’re following Jesus. The real Jesus. The One who still gets to set the terms.

What is Progressive Christianity?