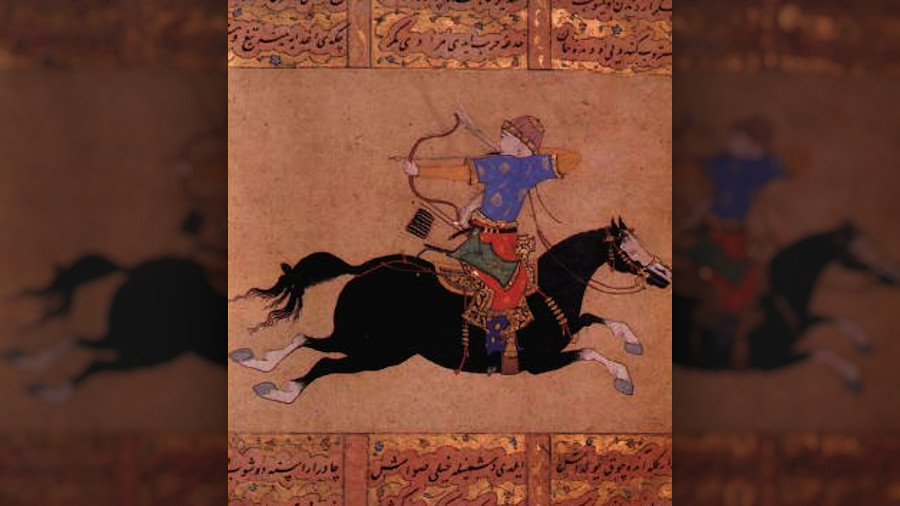 There are Shi`i Muslim hadiths that say in the end times, men will fight wars with ancient weapons. There is also a Sunni tradition that facility with the bow is one of the three highest skills. A Muslim convert in Norway has thus gotten ahead of the curve. By killing five people with a bow and arrow.

Espen Andersen Brathen is a Danish citizen who had lived in Norway for several years. Gun laws are fairly restrictive in both Norway and Denmark. But there are very few regulations on bows in either of those Nordic countries. This includes even crossbows — the straight bow’s more medieval, and more deadly, cousin. (Unless you happen to be a trained 15th century longbowman.)

But it wasn’t the bow and its arrows that were “radicalized.” It was the person wielding them. As the great science fiction writer Robert Heinlein pointed out, “there are no dangerous weapons; there are only dangerous men.” (Read, if you never have, Starship Troopers. The novel is far better than the farcical 1997 movie.)

And of course that’s how the alleged perpetrator was described by every news outlet. As an “extremist.” As well as an “Islamist.” Who was “radicalized.” And that “no motive” could yet be ascertained. (Or probably ever will be.) The psychiatrists set to assess him will no doubt find the man mentally incompetent and once again whitewash Islam of any culpability.

There is Nothing New About Islam Under the Sun

Where to go from here? It seems as if I write columns much along these lines on a regular basis. (Here are the most relevant, in reverse chronological order. “Biden’s New Counterterrorism Strategy.” “The Boulder Blunder.” “White Supremacists Our Most Dangerous Threat?” “The Daft Bigotry of Woke Expectations about Islam.” “White Terrorists v. the Sultans of Slaughter.”) Those writings are full of citations, with links, showing that Muslims who take seriously the violent passages of the Qur’an, and attendant hadiths, are by far the most dangerous group of people in the world. I thought to add global death data by Islamic terrorism for 2021. But I gave up counting after the number exceeded 500, and I was still in February.

Yes, the vast majority of those murders were in Muslim-majority countries in the Middle East, South Asia and Africa. But they include a Muslim in Texas who killed a Lyft driver then attacked police. As well as non-deadly, but horrific, Muslim attacks: the stabbing of a rabbi in Boston, and the blinding with acid of a woman in Long Island.

Yet the Left keeps trying to convince the public that anyone sporting a MAGA hat, questioning the last election, or walking into the Capitol building through an open door is the moral, and literal, equivalent of an ISIS brute. Sadly, the Democrats and their willing accomplices in the media have had considerable success with this propaganda.

And that’s perhaps the most dispiriting aspect of this recurring issue. We are, for all intents and purposes, embroiled in a clash of civilizations. Worse. It’s a clash of religions. The world’s two largest, Christianity and Islam. Most of us Christians know the answer to that famous, beleaguered king’s despairing question posed during another conflict, long ago: “What can men do against such reckless hate?” Fight it. And many of us do: literally, rhetorically, intellectually, spiritually. On a daily basis.

What’s much more problematic is that many in our society will not do so. Our issue then becomes “what can men and women do against such reckless, intentional ignorance?” Strike that. It’s not ignorance. It’s stupidity, plain and simple. Exacerbated, if not driven, by cowardice. Only woke poltroons could revel in, and award, a Christian-bashing myth such The Handmaid’s Tale while ignoring the real-life theocratic subjection of women done throughout the Islamic world.

Only Leftist varlets could pretend as if Utah or Texas were literal homosexual hells, when every country in the world that can legally execute a gay man or woman is Islamic.

Only progressive propagandists at faux news outlets like CNN and MSNBC would peddle such pernicious poppycock to the masses — with straight faces.

And only a dementia-riddled shell of a POTUS would mouth such meaningless drivel as “white supremacy is a greater threat than jihadists” — to his eternal shame, and our ongoing detriment.

If I thought America were still a democratic republic, I’d say he and his party will pay at the ballot box. But for the first time in my six decades of life, I no longer trust my country’s electoral system.

Inviting Wolves Into the Fold

Perhaps you think I’m making too much out of a few people killed with arrows in Norway. But as I’ve attempted to explain (yet again) herein, this is just the latest in jihadist attacks in the West!

Brathen was a convert. But would he have become Muslim it he weren’t surrounded by them? No matter how much violence results, Western countries continue to allow virtually unlimited immigration from Islamic countries. The Norwegian police did manage to admit that “attacks on random people in public places are a recurring modus operandi among extremist Islamists carrying out terror in the West.” Yet Norway’s population is now 5% foreigners, with so many Middle Eastern Muslims in Oslo, the capital city, that it has been effectively Islamized. And among the top ten countries of origin of criminal perpetrators there, seven are Muslim. So perhaps the Norwegians should be happy that they’re just being picked off a few at a time, by a modern janissary. It could be a lot worse. And it almost certainly will be.

The question for us Americans is this: Will we continue down that same capitulating path? Or will we find some leaders with the brains, and the spines, to call a spade a spade? (Which, by the way, has nothing to do with race.) In this case, that would mean honestly admitting that it’s not actually weapons wielded by Muslims that kill others. It’s Islam, which dehumanizes and targets all non-Muslims.

I’d like to think we’ll rise to the challenge. But hope, alas, is not a strategy.