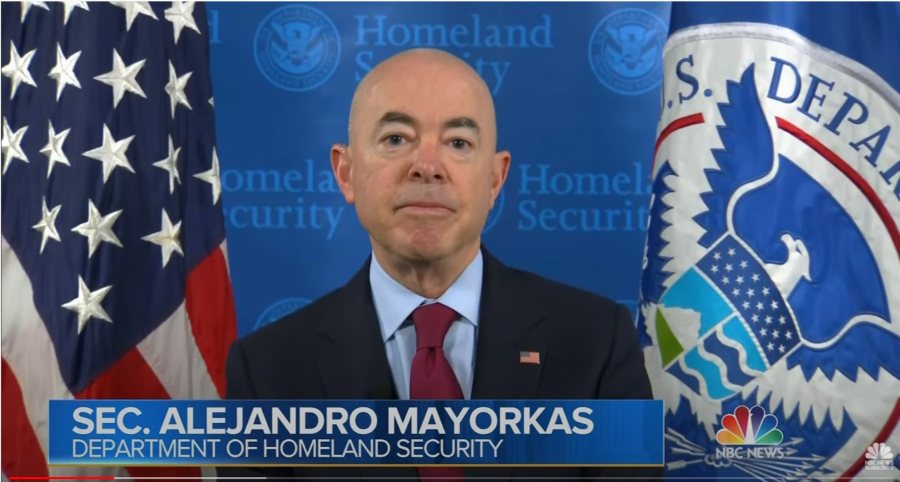 United States of America, January 2021 — The Department of Homeland Security nominee, Alejandro Mayorkas, speaks before Congress. He declares “that the department under his watch would prioritize combating domestic extremism, white supremacy and hate crimes at both the national and local levels.” (This follows on a DHS report from fall 2020 claiming “white supremacists are the most persistent and lethal threat within the US.”) Likewise Avril Haines, now Director of National Intelligence, asserts QAnon is also a mortal danger to Americans.

Colorado, USA, March 2021 — Ahmad al-Issa, a Syrian immigrant to the U.S., shot and killed at least 10 people in Boulder. Per journalist Andy Ngo, al-Issa is not just nominally Muslim. Based on his social media (now deleted), he is “a religious Muslim who posted frequently about ‘Islamophobia.’” He even had “ISIS sympathies” and was said to have been on the FBI watch list. Yet DHS, FBI and related agencies are so intent on finding Odin worshippers or Proud Boys to arrest that they ignore indicators of incipient jihad.

Why on earth are Democrat (and some Republican) leaders and government officials so willfully blind? Or just so downright thick? Imagine such misdiagnoses in other contexts.

Pretending real enemies don’t exist, while conjuring up perceived ones, can make for short-term electoral success. But it’s not a viable long-term approach.

Say a first-century A.D. Roman prefect, Pontius Pilate, informed the Emperor that he’d done a new threat assessment. Yes, the Sicarii subset of the Zealots was still issuing threats and killing Romans. But the real problem in Judaea was something else. Disgruntled centurions. Especially ones who hung out with that wacky new Jewish “messiah.” So the legions under his command would focus on “anti-extremism” briefings for the soldiers. That would have been a disaster for Roman rule in the region.

Fast-forward a millennium. Isma’ili Muslim “Assassins” are capping establishment rulers and officials throughout the Middle East. But the Sultan tells his forces those deadly killers are now “mostly peaceful.” And to redirect counter-terrorism activities against a far greater threat: Crusader-sympathizing Christians. Result? Yet more dead Turkish Muslim officials.

We can even wax totally fictional on this topic. In Tolkien’s Middle-earth. Orcs are invading his kingdom, commanded by a Satan wanna-be. So the ruler of Gondor begins fulminating, and plotting, against the “actual” danger: potential supporters of a rival replacement from the north (who may or may not have been sporting a furry helmet with horns). The Lord of the Rings would not have had a happy ending.

America is Not So Lucky

In my examples, no leader is that deluded. But ours are. In fact, the biggest dunce in this terrorist shooting gallery is the current chief protector of Americans, Secretary Mayorkas. Like his boss and party, he’s convinced (or at least feigns being) that Islam is NOT responsible for the tens of thousands of murders in Allah’s name since the end of the Cold War. (As I’ve written about at The Stream numerous times. Most recently, here. Most notably, here. Most poignantly, here. And, finally, perhaps most frankly, here.)

The Left desperately wants Islam to be peaceful and Republicans (especially Christians) to be violent. And preferably racist. But like with biological gender, climate change, the speed of light and the value of pi, reality refuses to get woke.

Theories as to Why

I have adduced plenty of data in those previous articles (as well as on various blogposts at my site, The Occidental Jihadist) demonstrating the nexus between Islam and violence. Here I’d rather hazard some educated guesses as to why the American Left is so unable to call a jihadist scimitar for what it is.

First, “progressives” believe that Islam is a “race” and that all Muslims are loaded with melanin and oppressed by white guys. No matter that many Muslims are whiter than me. Or that a belief system which one can join or leave (albeit the latter easier said than done) is obviously not the same as skin color. Or that pale(r) Muslims often conquered darker-skinned ones. Or that a quarter of the world’s Christians are African.

Second, Leftists are convinced, simultaneously, that all religions teach the same (false) thing, peace; but also that Christianity has been the only one that fosters imperialism and subjugation. This is the “black people can’t be racist” trope, writ large. Simply make Islam a race, and voilà! It’s a ‘get out of jihad free’ card. The world’s 1.8 billion Muslims are all automatically victims. Despite the religion’s 15-century history of violence done by the Umayyads, Abbasids, Fatimids, Ottomans, Safavids, etc.

Third, not just the hard Left but the Democrat Party has been thoroughly influenced by Marxism now. To such an extent that Karl’s distaste for Christianity in particular has become part and parcel of one of the two major parties in America. Eighty percent of Republicans are Christian. Only 52% of Democrats are. The largest single cohort of that party’s voters are, in fact, irreligious.

Fourth, and most proximately, Donald Trump said mean things about Muslims. And banned them from the U.S. (Although he really didn’t.) Therefore, none of them can be terrorists. Yet his supporters, even sans weapons, transmogrify into “insurrectionists.”

Reality Will Bite Back

Pretending real enemies don’t exist, while conjuring up perceived ones, can make for short-term electoral success. But it’s not a viable long-term approach. Nineteen of the 20 worst terrorist attacks in 2019, killing a total of 1,523 people, were done by Muslims. (The lone exception was the New Zealand shooter, who killed 51 Muslims.) The world’s four deadliest terrorist groups are Muslim: ISIL, Boko Haram, the Taliban and al-Shabab. (Source: Global Terrorism Index 2020.) Organizations espousing Make America Great Again, heavy metal music or Christianity are nowhere to be found in any honest threat assessment.

So maybe at some point the Democrat Party will stop playing politics with Americans’ security and grapple with the real threats. But I doubt it. U2’s song “Walk On” has a great line. “A place that has to be believed/to be seen.” The Biden Administration has returned to the pre-Trump practice of refusing to believe in Islamic jihad-as-terrorism. So its officials cannot see the real threat. And that will continue to harm Americans.