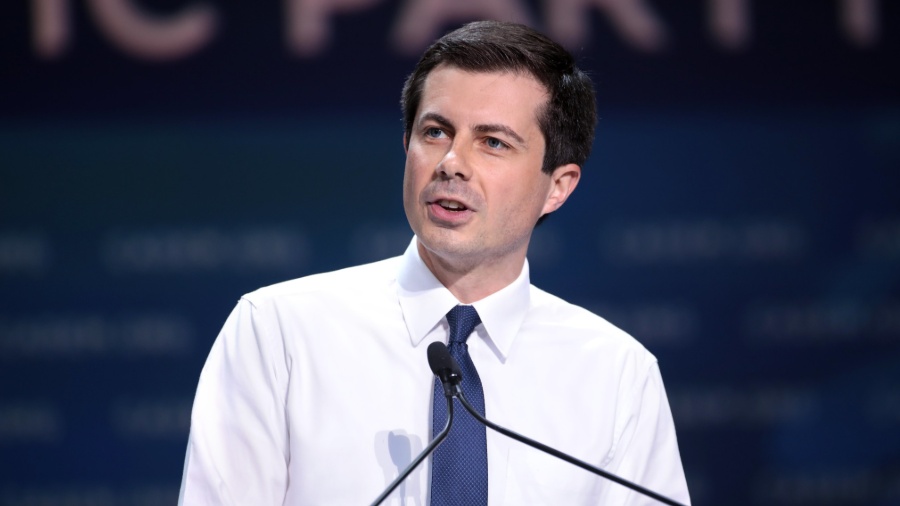 It is certainly politically incorrect to say this. In fact, in the eyes of many, what I’m about to say is a classic example of extreme religious bigotry. But I will say it nonetheless.

A Proudly Gay President Would be Bad for America

Choosing an out and proud “married” gay man to run for president, let alone become president, would contribute to the further degeneration and moral confusion of our society along with further attacks on our most fundamental rights.

When I tweeted this statement out on Feb. 8, it received far more retweets and likes than my average tweet. Far more. So, it obviously struck a chord. The support was strong and consistent.

Call me a homophobic bigot, but I'll say it anyway. Choosing an out & proud "married" gay man to run for president, let alone become president, would contribute to the further degeneration & moral confusion of our society along with further attacks on our most fundamental rights.

Also, as expected, there were words of condemnation and rebuke, including this tweet from Bible teacher Gilbert Gonzalez Jr. He wrote: “Please tell me this tweet is from a different century. There is no way that anyone today that has any education would ever write something so generally uninformed, childish, and biblically ignorant. This is why people don’t take Christianity seriously. Its leaders refuse to learn.”

Please tell me this tweet is from a different century. There is no way that anyone today that has any education would ever write something so generally uninformed, childish, and biblically ignorant. This is why people don’t take Christianity seriously. Its leaders refuse to learn

Obviously, I fully expected responses like this. That’s why I began my tweet by saying, “Call me a homophobic bigot, but I’ll say it anyway.”

What else could I expect? The moment you say a word about Mayor Pete being “married” to another man, all while flaunting his deep Christian faith, you will be called a homophobic bigot.

So be it. I’ve been called worse things than that.

Come to think of it, Jesus Himself, our perfect Savior, was called far worse things.

And He told us to expect the same: “It is enough for students to be like their teachers, and servants like their masters. If the head of the house has been called Beelzebul [basically, the devil himself], how much more the members of his household!”

Are Evangelicals Falling Over Ourselves to “Excuse Trump’s Grotesque Immorality”?

According to Prof. Randall Rauser, however, to call me a homophobic bigot is not out of line. (Prof. Rauser is a moderate Canadian evangelical and a constant basher of President Trump.) As he wrote in his blog, “Behavior and reasoning like this provide very plausible evidence that Christians like Brown have an irrational fear of and/or antipathy toward gay people.”

Indeed, according to Prof. Rauser, “Evangelicals like Brown fall over themselves to excuse Trump’s grotesque immorality. … Among his latest egregious actions, last week he mocked the words of Jesus at the National Prayer Breakfast while evangelical pastors laughed in the audience.”

But that’s where Prof. Rauser misses the point, as do Gilbert Gonzalez and other critics. (See also this excellent response to Rauser by Steve Hayes.)

First, I have never excused the president’s past immorality. In fact, I probably called attention to it as much as any evangelical leader during the primaries. To say, I “fall over [myself] to excuse Trump’s grotesque immorality” is to speak a lie.

Second, to this day, like a broken record, I draw attention to aspects of the president’s behavior that I find destructive and harmful. In fact, shortly after the National Prayer Breakfast, I wrote an article addressing the very issues Prof. Rauser mentioned regarding Trump’s response to the words of Jesus.

So, to brand me hypocritical for speaking out against Mayor Pete’s proud homosexuality is to be either misinformed, dishonest or both.

But there is a much bigger issue that the critics are missing.

The Big Issue: Trump is Not Flaunting or Pushing His Past Immorality

President Trump is not flaunting his past immorality, nor is he pushing it presently. Instead, when the ugly tape of his lewd comments went public, he said, “I’ve never said I’m a perfect person, nor pretended to be someone that I’m not. I’ve said and done things I regret, and the words released today on this more than a decade-old video are one of them. Anyone who knows me knows these words don’t reflect who I am. I said it, I was wrong, and I apologize. … I pledge to be a better man tomorrow and will never, ever let you down.”

In stark contrast, Mayor Pete has talked about how his homosexual relationship to his “husband” Chasten has brought him closer to God. He has kissed his partner at public rallies. He is pushing his homosexuality, not apologizing for it.

You better believe that he will do everything in his power to normalize homosexual relationships even more in the eyes of America. He will also do his best to marginalize those who are convinced that these relationships are contrary to the will of God.

What an Aggressive Gay Agenda Has Done to Biblical Morals

And this leads me to the primary reason for my tweet (and for this article).

It is not so much that homosexual practice is worse than adultery or fornication. Rather, it is the fact that there is an aggressive, gay agenda that has systematically undermined biblical morals for decades. It has also sought to silence all dissenting voices, becoming the principle threat to our religious and moral freedoms.

That’s why I’ve been active in resisting LGBT activism since 2004, reaching out to individuals with compassion but resisting the agenda with courage.

Rather, it is the fact that there is an aggressive, gay agenda that has systematically undermined biblical morals for decades.

And so, it is not the people whom I oppose. (God forbid. I’ve made that clear hundreds, if not thousands of times.) It is not even homosexual acts which primarily concern me (although issues of health and safety should not be ignored.)

It is an aggressive agenda that I oppose, one that I and others have tracked carefully for many years. (See already the important 2003 volume by Alan Sears and Craig Osten, The Homosexual Agenda: Exposing the Principal Threat to Religious Freedom Today.)

It is an agenda that would only be fueled with great intensity by an out and proud gay president.

And so, just as President Obama’s administration pushed radical trans activism on our nation’s schools, under severe penalties, things would only intensify under a president who would flaunt his “husband” being the country’s first “First Gentleman.”

I Will Sound the Alarm About Gay Activism

In the end, this has nothing to do with having “an irrational fear of and/or antipathy toward gay people.” (How is it that Christian leaders end up repeating the world’s talking points?)

I, for one, will continue to sound the alarm in advance.

Things are confused enough already. We don’t need to make things any worse. Calling me a homophobic bigot will only avoid dealing with the real issues at hand.

We avoid them to our own demise.