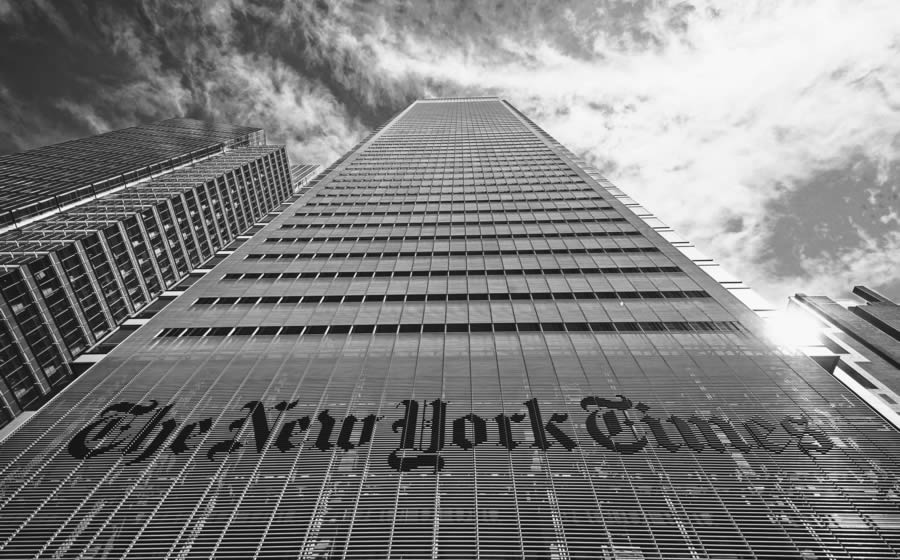 September 14, 2019 is one of the most important days in the history of journalism. It was on that day that a reporter named Mollie Hemingway traveled forward in time to torch the New York Times.

Okay, so Hemingway didn’t literally time travel. What she did was obtain an early copy of the book The Education of Brett Kavanaugh. The authors were Times reporters Kate Kelly and Robin Pogrebin. It would be published the following Tuesday, September 17. In obtaining an early copy of the book, Hemingway was able to preemptively firebomb a bogus story being sold by the book’s authors.

It was and remains an amazing journalistic feat, with major implications. 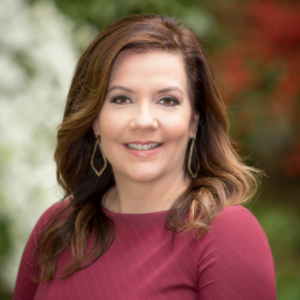 A Times story posted on September 14 and excerpted from the book claimed that in the early 1980s a woman at Yale University had been the victim of a sexual assault. The culprit? Brett Kavanaugh. Despite previous claims by Christine Blasey Ford, he had been confirmed as a Supreme Court Justice in October 2018. The problem was that this new woman said she had no memory of the alleged incident. In reporting the story, Kelly and Pogrebin had somehow … left out this fact. Whoopsies!

The two women got caught because of Hemingway. Her sharp eye, savvy, and access to social media managed to ruin Pogrebin and Kelly’s book days before it was published. The authors got sandblasted on social media by everyone across the political and journalistic spectrum from The View to Joe Scarborough to Fox News. They turned into a punchline.

All the Strings We See Fit to Pull

A new book puts this incident in grim historical context. Go get The Gray Lady Winked: How the New York Times’s Misreporting, Distortions and Fabrications Radically Alter History. It shows how reporters for the New York Times have been actively changing history by manipulating stories for over a century. They could have done it again in the fall of 2019. Except that Hemingway prevented it. She saved a sitting Supreme Court justice from getting destroyed by slander. 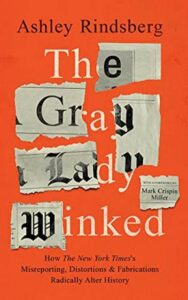 Before the rise of the internet and conservative talk radio, the Times was injecting itself into history with impunity and great success. Its hoofprints lead from the triumph of Stalinism in Russia to the apotheosis of Fidel Castro and the battlefields of Vietnam. Winked author Ashley Rindsberg lays out in rich detail how the “reporters” for the Times have regularly injected themselves into political movements to ensure a certain outcome.

Sucking Up to Stalin

The most infamous instance came with Walter Duranty. He served as the Times‘s Moscow correspondent in the 1930s and became an apologist for Stalin. Journalist Joseph Alsop once called Duranty, who denied that there was any famine in Russia, a “fashionable prostitute” for the Bolsheviks. To British writer Malcolm Muggeridge, Duranty was “the greatest liar of any journalist I have met in fifty years of journalism.” Duranty’s reporting was based on “dubious, vague, and unnamed sources.”

But it affected American foreign policy, and won Duranty a Pulitzer Prize in 1932 for his exclusive interviews with Stalin. Duranty tried to discredit journalists like Gareth Jones who told the truth about Stalin’s crimes. When confronted about his role in helping Stalin perpetuate a famine that cost millions of lives, Duranty was flippant: “You can’t make an omelet without breaking eggs.” Yes, he actually said that.

Promoting a Coup in South Vietnam

Then there were David Halbertsam and Neil Sheehan, two American journalists covering Vietnam in the 1960s. Rindsberg recalls how the two would file stores that had no sources, apart from Communist spies. They penned entire series that were highly tendentious, all intended to undermine the Diem government of South Vietnam, then fighting a war against Communist guerillas supported by the North.

The involvement of Halberstam and Sheehan in the coup d’etat [against Diem] was not just direct — it was explicit. The journalists themselves, if not boasting, spoke confidently about their role in overthrowing the Diem government in their later articles and books. The two (especially Halberstam) had trained their sites on the Diem government, which they regarded as brutal and authoritarian, and went to great, and ultimately very effective, lengths to weaken the regime.”

No effective government ever replaced Diem’s, and in the long run the Communists triumphed, sending their enemies to savage “re-education” camps.

Telling the “Victim” What to Say

The Education of Brett Kavanaugh was an attempt by Kate Kelly and Robin Pogrebin to assassinate Kavanaugh’s character and stage the Times’ coup against an American institution, the Supreme Court. Their book was the last gasp of a 16-month smear. Its goal never changed: to prevent Kavanaugh from becoming a Supreme Court Justice. And if that failed, to spatter him with scandal. To ruin his good name forever, whatever it took. The truth be damned.

The main weapon was Christine Blasey Ford. That leftist California professor worked with an opposition researcher to level a last-minute charge of sexual assault against Kavanaugh. When that didn’t work, the Times tried the Yale assault story. When that began to teeter, they dragged out pulp tales about high school gang rapes and drugged women. These stories of Kavanaugh as criminal mastermind made it into the Times. Just like Duranty’s fables of fat, happy Ukrainian peasants.

As most people know, I myself was dragged into the attempted assassination of Brett Kavanaugh. I had been friends with Brett in high school. The media were squeezing me to bring him down, even if it meant making things up. I refused to talk to them. So the likes of Kate Kelly invaded the homes of friends and elderly women with dementia to try and find dirt. I’m working on a book about the experience.

As Mollie Hemingway reported, Robin Pogrebin actually told one of Kavanaugh’s former classmates at Yale what to say. Karen Yarasavage recalled that Pogrebin had called her up and posed as an old Yale friend. She didn’t disclose that the purpose of the call was to write a hit piece on Kavanaugh. Pogrebin tried to get Yarasavage to go on record saying that a classmate supposedly assaulted by Kavanaugh “became a different person, a lot more liberal.”

Yarasavage refused: “I have no idea if that is true, truly speculation. I told [Pogrebin] I don’t want to be included at all in any way… . I don’t want to read any of the articles because everything is taken apart and put together to sensationalize and may not even read true in the end.”

If you want to feel your blood go cold, ask yourself: What would have happened to Brett Kavanaugh had there been no rapid-response social media? What if there were no conservative journalist and no platform for them? Or no Mollie Hemingway to actually snag a copy of The Education of Brett Kavanaugh, and then report on its lies in real time?

Mollie Hemingway’s daring helped break what has been a 100 year-old string of victories in intervening to shape history by the leftist Times. There may be no fully going back to the usual extortion and other underhanded tactics used by the media. Of course they will certainly try to hammer any eggs in reach that might make their omelet. The Pulitzer Committee should take away Duranty’s Pulitzer and give it to Hemingway.