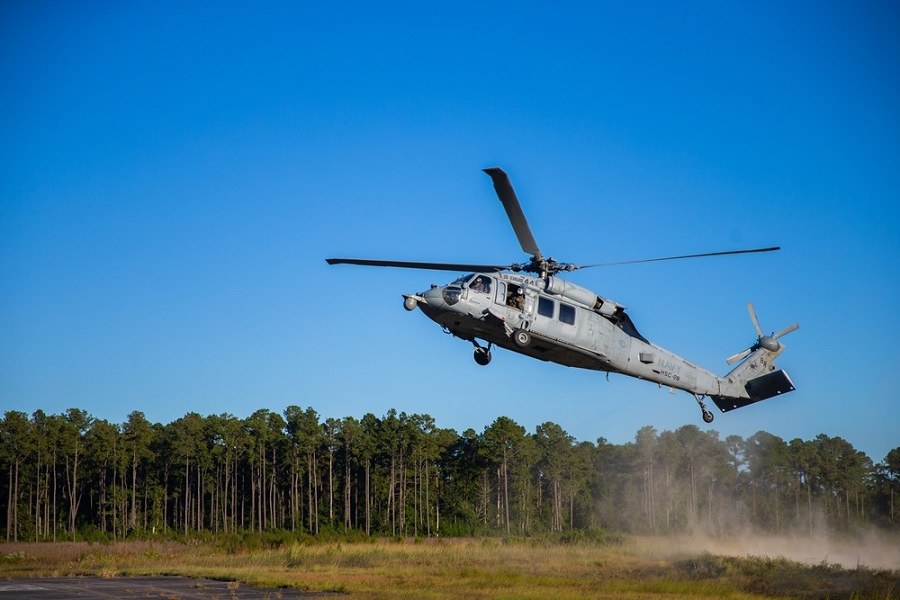 A U.S. Navy MH-60S Seahawk helicopter picks up U.S. Marines for a training mission at Camp Davis in North Carolina on September 26, 2021.

The remains of five U.S. military heroes have been recovered off the southern California coast following an August helicopter crash, according to the U.S. Navy.

“The U.S. Navy recovered the wreckage of the MH-60S Seahawk helicopter that crashed August 31, approximately 60 nautical miles off the coast of San Diego while conducting routine operations with USS Abraham Lincoln,” the October 12 statement said, while adding that “five human remains” were also found.

The remains have since been transferred to Dover Air Force Base in Delaware. The helicopter crash remains under investigation. The Pentagon identified all five departed Navy warriors back in September.

All of us at The Stream are praying for the Foster, Fridley, Buriak, Burns and Tucker families as they lay their loved ones to rest. We ask God to comfort the families, friends and fellow sailors of these five American heroes.

This week in Texas, the U.S. Army identified a soldier who recently died while serving at Fort Hood.

Army Spc. Maxwell Hockin, 26, was found dead “behind his company barracks” on Saturday, according to Stars and Stripes. The report said that no cause of death has been released and that the U.S. Army Criminal Investigation Command is investigating the incident.

“The entire Saber family is devastated by the loss of our true teammate and friend, Spc. Maxwell Hockin,” said Lt. Col. Patrick Sullivan, as quoted by Stars and Stripes.

The Stream also extends our deepest prayers to the family, friends and fellow soldiers of Spc. Maxwell Hockin.

As The Stream covered last week, more than 3,000 U.S. military personnel are still risking their lives while fighting ISIS in Iraq and Syria.

There was a major development this week that will hugely impact both countries and the entire Middle East. According to CBS News, top terrorist financier Sami Jasim al-Jaburi was captured this week by Iraqi forces. The CBS report notes that al-Jaburi was once a close confidant to ISIS leader Abu Bakr al-Baghdadi, who was killed by U.S. forces in 2019. Al-Jaburi was still believed to be “key figure” within the ISIS terrorist group.

In northeast Syria, the U.S. military announced that two ISIS terrorists were arrested this week in an operation that was aided by coalition forces. The suspects purportedly included another ISIS financier.

Our #SDF partners, assisted by @Coalition, continue their daily anti-Daesh ops that are crucial to paving the way for stability & prosperity in NE Syria. Recently, 2 terrorists were arrested including a Daesh financier. Together, we remain committed to the lasting #DefeatDaesh. https://t.co/AgxRHfwPK1

Thank you to all of the brave American military warriors who are serving in some of the world’s most dangerous places. We are praying for your safe and swift return.

The hardest part of military life is undoubtedly spending months or even years at a time away from your loved ones.

A few days ago in Virginia, a large group of Navy sailors finally reunited with their families after six months overseas. 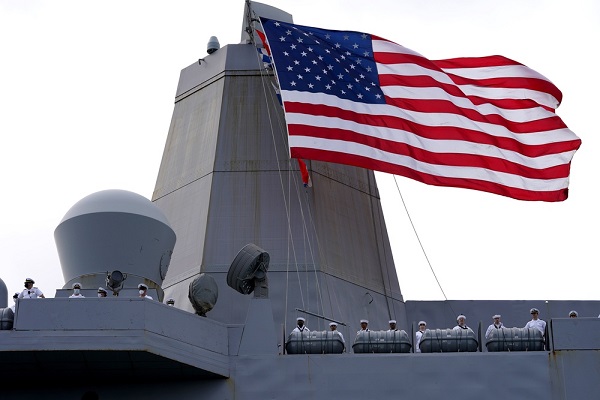 U.S. Navy sailors man the rails of the USS San Antonio as it returns to Naval Station Norfolk in Virginia on October 8, 2021.

Thank you to all who served aboard the USS San Antonio. Welcome home, heroes!