Brave U.S. troops have been pursuing, capturing and eliminating terrorists for more than 18 years. 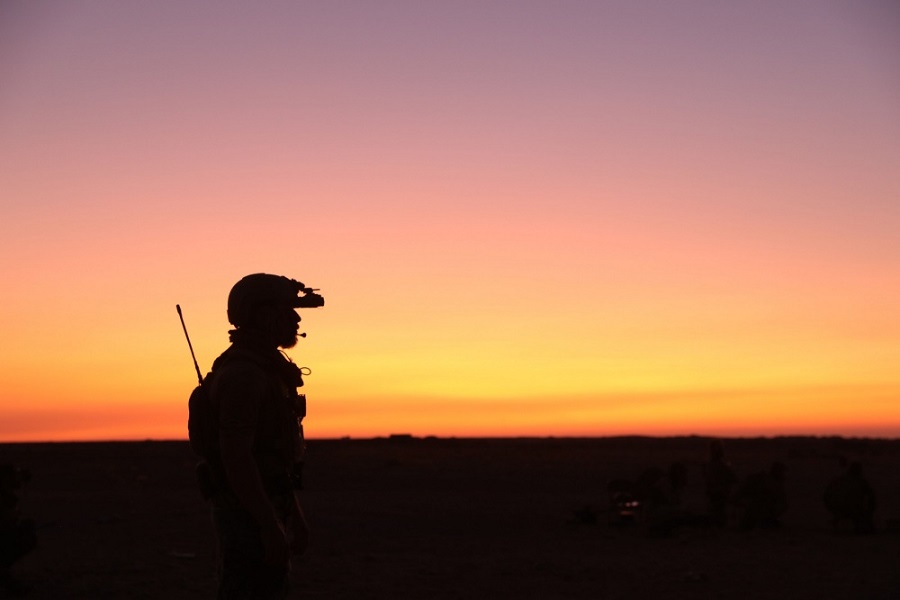 A U.S. Special Forces soldier observes members of his team, along with partner forces, during range training in Southwest Asia on September 2, 2019.

This weekend’s death of the world’s most wanted terrorist shouldn’t be another political moment where Republicans and Democrats retreat to their respective partisan corners. It’s an opportunity for all Americans to come together and thank God for the sacrifices of our nation’s brave troops and military families.

While most of us (including me) were spending the weekend watching the World Series, cheering our favorite football teams and spending time with our families, valiant U.S. Special Forces warriors were storming a northwest Syria compound filled with bad guys, bombs and booby traps. These American heroes managed to not only ensure Baghdadi’s demise, but did so without suffering a single casualty. They also rescued eleven children.

The mission might have unfolded quickly, but the excellence witnessed by the rest of the world in both the Baghdadi and bin Laden raids didn’t happen overnight. For each U.S. service member involved, reaching those respective pinnacles required years of training, sleepless nights and months at a time apart from their loved ones. War is not a movie; it is a painstaking ordeal that consumes every waking moment of a warrior and his or her family’s life.

Perhaps the most remarkable thing about our military’s accomplishments is that they’ve been in a state of constant war for nearly two decades An 18-year-old who volunteered to serve after 9/11 is now in his or her mid-thirties. We’ve seen sons and daughters deploy to the same war zones where their mothers and fathers once served. We’ve also sadly seen children like Landon Carpenter grow up without every getting the chance to meet their dads.

Since 9/11, American troops, Department of Defense employees, CIA agents and civilian contractors have been wounded or killed while serving and training in Afghanistan, Iraq, Syria, Kuwait, Niger, Somalia, Yemen, Bahrain, Saudi Arabia, Qatar, the United Arab Emirates, Kyrgyzstan, Oman, Jordan, Turkey, Germany, the Persian Gulf, the Arabian Sea, the Red Sea and the Mediterranean Sea. There have also been a significant number of deadly training accidents on military bases inside the United States, including a tragic incident last week at Georgia’s Fort Stewart.

These 18 years of war have had a profound impact on the service members, veterans and military family members who have experienced them. I speak with these patriots almost every day, including U.S. Marine combat veteran Beau Wise, who was pulled from the battlefield after his two older brothers, Jeremy and Ben, were killed just over two years apart in Afghanistan.

Meet Beau Wise. He's an Afghanistan veteran who lost both his brothers, Jeremy & Ben, in the same war. Together, Beau & I are writing @3WiseMenBook to show how blessed we are as Americans to be defended by such patriots. Please pray for the Wise family. #July4th #USA pic.twitter.com/yUeSW2PLKW

It’s impossible to imagine what the Wise family has been through. The Wises and thousands of other Gold Star families and wounded veterans are national treasures that deserve our daily prayers and eternal gratitude.

Were it not for the valiant men and women of the U.S. military, evil terrorists like Abu Bkar al-Baghdadi and Osama bin Laden would still be walking the earth. They would almost certainly still be blowing up and beheading innocent men, women and children to further their twisted cause while much of the world lived in fear of their murderous ideology.

Instead, these terrorists are confined to the ash heap of history alongside the cowardly killers and failed dictators that America’s military has disposed of in the past. As I’ve been told many times by World War II veterans, the current crop of U.S. forces is a new Greatest Generation, especially since it is made up entirely of volunteers. As Americans, we are incredibly fortunate to be defended by such selfless fellow countrymen.

Let’s not ruin this latest triumph by making it about politicians. It’s about the heroic service members, veterans and military families who made this moment possible. It’s also about God, who has blessed each and every member of our nation’s fighting force with courage and valor. Today and every day, we thank our troops and pray for their swift and safe return. The world is safer because of their sacrifices.