‘He’s Saying What We’re All Thinking’ 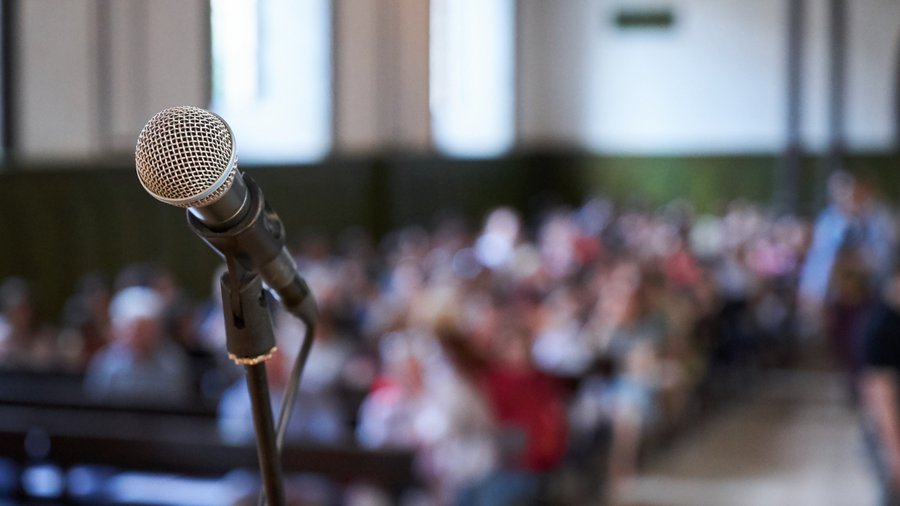 It was a wonderfully meaningful text, so simple and yet so profound. I had just finished preaching a sermon titled “We Need God” when I saw a private message on my Facebook page from one of our missionaries in Europe. He was forwarding a text sent to his wife by their 13-year-old daughter who had also been watching the sermon online. “He’s saying what we’re all thinking,” she wrote. How encouraging to read those words!

The thrust of my sermon was that America was so far-gone spiritually and morally that only a great awakening could save the nation.

There was no political solution that could turn the tide, although our political involvement was important.

There was no new strategy that the church could employ that would stop the bleeding.

The only hope was a massive, sweeping revival, beginning in the church and then impacting the larger society. Without that, we were sunk.

But a major part of my message, which was a wake-up repentance call rather than a pep-talk, emphasized the degree to which we as believers had been seduced by politics.

I said plainly that many of us had put more emphasis on winning the elections than on winning the lost and had simply become appendages of a political party. Worse still, we had the audacity to say that only so-and-so (meaning, our latest political hero) could save America whereas it is only Jesus who can save America. (This, as you probably know by now, is the subject of my latest book.)

There were some tense moments as I spoke, since the words were hard and challenging. But afterwards, as I was talking with people at a book signing and as I received messages from friends and colleagues, I kept hearing the same thing.

It’s because too few of us are willing to say, “Sorry, but I don’t agree,” that we feel so intimidated.

And, “You articulated what I’ve been trying to say for the last two years.”

In the words of a former CIA operative, “Reading your book, thanks. Fantastic! Recommending it on social media and to my Pastor and friends. I am personally thankful you wrote this. I have been trying to get people to see this since 2020. Brilliant piece of work!” (My emphasis.)

Are We Unwilling to Voice Our Disagreement When We Feel Like the Only One?

But the point of my sharing all this is not to pat myself on the back. Instead, it is to say that many times we feel isolated, thinking we’re all alone in our convictions, that we’re the only ones left.

The fact is that, all too many times, there are plenty of others who share our convictions. It’s just that we’re too afraid to speak openly, lest we be ostracized or unfriended or misunderstood or mocked. Better to stay quiet and let the storm pass.

Others are all too willing to speak up, but they feel terribly outnumbered. Plus, they say to themselves, who am I to differ with the famous preachers or the big TV commentators or the large social media influencers? Why should anyone listen to me?

But this is where we miss the mark. It’s because we don’t raise our voices and share our convictions that we often feel so outnumbered. It’s because too few of us are willing to say, “Sorry, but I don’t agree,” that we feel so intimidated.

If more of us spoke up, others would not feel so marginalized and isolated. We would realize there are more people out there than we realized who are of like mind and like heart.

May God Give Him Boldness to Speak the Truth

At the beginning of my message, I showed some pictures and then played some video clips to illustrate how far we had fallen as a nation, emphasizing the fruit of the radical LGBTQ+ agenda, with special focus on how this was affecting little children.

After the message, a couple came to the book table with their 12-year-old son, who wanted his own copy of my Political Seduction book. He said to me with real conviction (with reference to radical LGTBQ+ activism), “It’s ALL OVER my middle school!”

Just as I had been saying!

He then showed me a full sheet of paper he had been writing on as I spoke, filled with the sermon notes he had jotted down — meaning, notes for a sermon he felt inspired to preach while listening to me.

May God give that young man a voice to speak to his fellow-students and beyond. May the message of truth get out.

And may God give each of us the courage, the boldness, the compassion, and the wisdom to be His voice to our generation. If we all stand up and speak up, no one will be able to cancel us or silence us. Our words will be heard.

That’s also why, every day on radio, as well as in writing, I seek to be your voice for moral sanity and spiritual clarity.

I’ve been blessed to have some excellent platforms to get the message out, and when I speak, I know it’s not just for me. It’s for us.

Let the Spirit of Faith Arise for the Transformation of America