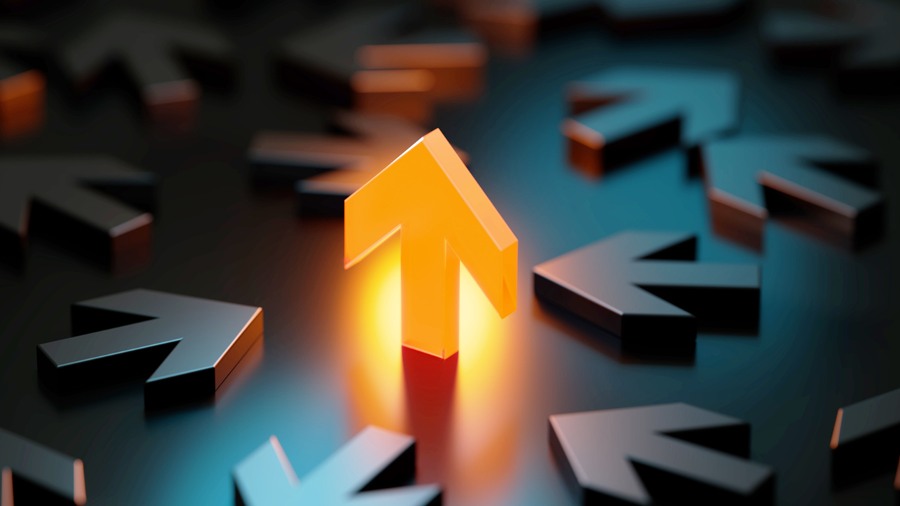 The Church of Jesus — meaning, the community of believers worldwide, through all generations — is utterly transcendent. It has been purchased at the highest imaginable price — the blood of the Son of God — and it consists of hundreds of millions of redeemed men and women from every background and ethnicity and color. Those who are part of this blood-bought community live in every nation on the earth, yet their ultimate citizenship is in heaven. They are in this world but not of it.

Those of us who are part of this community are united, but not by any earthly creed or national anthem. We are united based on our shared citizenship in God’s heavenly kingdom and our joint status as sons and daughters in His heavenly family. And our real “home city” is not the city of our natural birth or current earthly dwelling. Rather, it is a city that is, quite literally, out of this world. (Hebrews 12:22-24)

We are even called “the bride of Christ” in Scripture, meaning that corporately, we are joined with Him in spirit, as a husband and wife are joined together by mutual love. (Ephesians 5:25-27)

What a bright future awaits this sacred community of believers, a future in which we will be completely holy and without fault or blemish of any kind.

As for our witness to our communities, we are to be far better known as followers of Jesus than as supporters of a candidate.

We are also likened to a body — specifically, “the Body of Christ” — meaning that we become one with Him, extensions of His very person, functioning in this world as His hands and feet and eyes and ears and mouth, so to say. (1 Corinthians 12:27, ESV) That’s why it is a grave sin to join ourselves to that which is unclean and defiling. (1 Corinthians 6:15-20; see also 2 Corinthians 6:14-7:1)

Coming from a different angle, Peter emphasized our calling to be priests and living stones in God’s temple. Not only are we the Messiah’s family, the Messiah’s bride, children of God, citizens of an eternal, heavenly kingdom, and members of the Messiah’s Body, but we are also “a chosen race, a royal priesthood, a holy nation, a people for his own possession.” (1 Peter 2:9; see also 2:5-6)

Our Identity as the Church: We are Not of This World

That’s why Peter writes to us as “sojourners and exiles,” meaning that we are just passing through this world. And that’s why he urges us not to mingle with the sins of the world. Instead, he calls us to live differently in order to bring glory to God. (1 Peter 2:11-12)

Paul even states that right now, while we live our lives here on earth, eating and drinking and working and having families, our “citizenship is in heaven.” (Philippians 3:20) And — get this — Paul says that we are “seated in heavenly places” together with Jesus, as if, spiritually speaking, we were now ruling and reigning with Him at the right hand of God. (Ephesians 2:6; 1:20-23) Talk about being transcendent. Talk about a sacred calling. Talk about what it means to be sons and daughters of Almighty God.

“We Have Placed Too Much Hope in Politics”

Yet it is this very thing that makes our passionate political alliances so grievous. We join the heavenly with the earthly, the sacred with the profane, the pure with the polluted, thereby lowering ourselves and even prostituting ourselves, which means that, in a sense, we lower and prostitute our Lord.

As expressed by Aleksandr Solzhenitsyn at his commencement address to Harvard University June 8, 1978, “We have placed too much hope in politics and social reforms, only to find out that we were being deprived of our most precious possession: our spiritual life. It is trampled by the party mob in the East, by the commercial one in the West.”

We are above politics, even while we vote and lobby and work within politics. We breathe a different spirit and carry a different identity, one that is beyond party affiliation. As for our witness to our communities, we are to be far better known as followers of Jesus than as supporters of a candidate.

We Engage Politically Without Putting Our Trust in Politics

But, to repeat, this does not mean that we disengage from politics, especially when we live in a Democratic Republic like America. It’s the way that we engage that matters.

We never sell our souls. We never compromise our values. We never trade expediency for ethics.

In short, we do not lower ourselves into the muddy waters of the political system — and they are muddy. Shall we call them a swamp? Instead, we get involved as members of a third, higher party, casting our votes and calling for action in keeping with our moral and ethical values.

But we transcend politics, just as a disciplined, elite athlete transcends the jeering of the crowd. He or she doesn’t run into the stands and scream at a heckler. To do so is both demeaning and dangerous. In fact, if a professional athlete acted in that way, they would be fined and disciplined. They are expected to be above such squabbles, bigger than the fans and their petty insults.

Or ask yourself for a moment how you would feel if the Queen of England jumped into a crowd of protesters, screaming out profanities and swinging her fists. The Queen? It is the same with us as God’s people, except infinitely more so. Our royal status is much higher than that of any earthly monarch. May we walk in the fullness of our calling!

Who Do People Associate Us With?

When it comes to us as followers of Jesus, especially as leaders in the Church, people should associate us with Jesus more than with a candidate and with the gospel more than with politics.

As for those of us who are called to be on the front lines of politics, and some of us certainly are, our conduct should be in keeping with the gospel, and we should be identified as disciples more than as appendages of a political party.

The truth is that the church should be leading the way in moral and cultural reformation. We should be on the front lines of confronting evil and calling out injustice. And politicians should be appealing to us for our vote and our support, recognizing that they need us more than we need them.

Let us take hold of our high calling, and let us lead the nation to higher ground.

(Excerpted and adapted from The Political Seduction of the Church: How Millions Of American Christians Have Confused Politics with the Gospel.)

Can Christians Thrive as the Dominant Majority and Not Only as the Persecuted Minority?

Can the Church Regain Its Prophetic Voice?

Remembering January 6 by Missing the Point