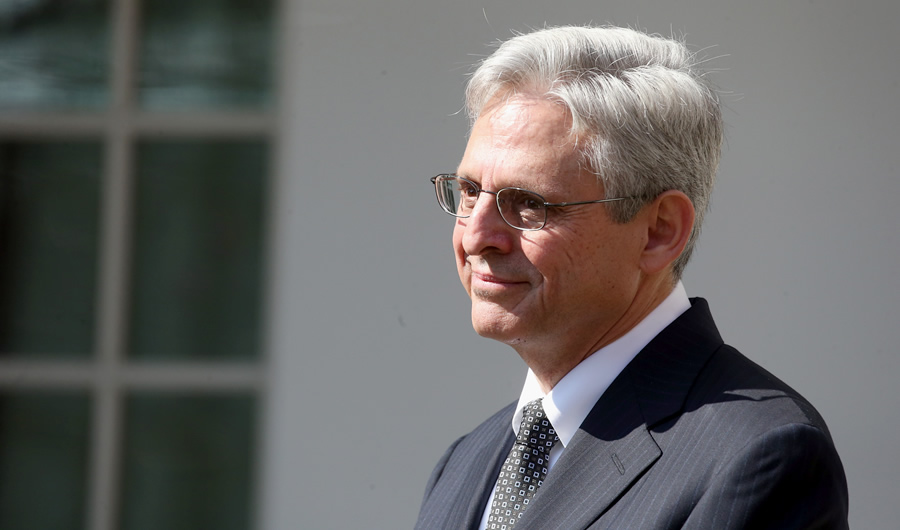 President Obama has nominated a very far left-wing judge to replace the late conservative Justice Antonin Scalia on the U.S. Supreme Court. Merrick Garland, who is the chief judge of the United States Court of Appeals for the District of Columbia Circuit, has staked out some pretty radical positions during his tenure there. In the past, when one of the SCOTUS justices has retired or passed on, generally their replacement has been someone with a similar judicial philosophy, not the polar opposite.

With a background as an Assistant U.S. Attorney and a partner in a private law firm, Garland left virtually no trail for years revealing his political inclinations and judicial philosophy. So when President Clinton nominated him to the D.C. appeals court in 1995, no one opposed him for partisan reasons, although his confirmation was delayed until 1997 due to objections over adding an eleventh position to that court.

But there were some subtle warning signs. From 1978 to 1979, he served as a law clerk for William J. Brennan, Jr., one of the most left-wing SCOTUS justices in history. There are other unsubstantiated rumors floating around, including that he supports partial-birth abortion, but The Stream has thus far been unable to independently verify either claim.

The Judicial Crisis Network, a watchdog organization, has compiled some of Garland’s far-left decisions,

Life News reports that Garland described the release of the papers of the late Supreme Court Justice Harry Blackmun — author of the 1973 Roe v. Wade abortion rights decision and one of the most left-wing Supreme Court justices ever — as a “great gift to the country.”

Tellingly, the left is pretty excited about Garland’s nomination. On CNN’s Newsroom this morning with Manu Raju: “… a number of Democrats are happy about [Merrick Garland as the nominee] because they believe that he’s qualified for the post and also has a liberal, more progressive bend in his background which could fire up the Democratic base in this election year.”

Republican Senate Majority Leader Mitch McConnell has said he will not put up any nomination of Obama’s for a vote this year, believing that should be left up to the next president. In the past, when a contentious SCOTUS replacement vote came up during the last term of a presidency, it has often been delayed until the new president enters office. In fact, in 1992, then-head of the Senate Judiciary Committee Joe Biden argued that a President should not even put forth a nominee during a lame-duck election year; what is now being called the Biden Rule.

Conservatives probably have nothing to worry about — yet. Garland is so far to the left it should be fairly easy for the Republican-controlled Senate to block him, whether by stalling hearings or voting against him. However, if Hillary Clinton (or another Democrat) wins the presidency, there could be a showdown if Republicans continue to try and delay replacing Scalia next year.

Why would Obama dare to nominate someone so far to the left, replacing a justice who was considered the most conservative, strict constructionist on the court with someone the polar opposite? Traditionally, retiring or dying SCOTUS justices have been replaced by those of a similar philosophy, leaving the court somewhat balanced.  Judicial Crisis Network’s Chief Counsel and Policy Director Carrie Severino, who clerked for conservative SCOTUS Justice Thomas, said today that Obama is trying to cement his legacy and make sure his executive orders do not get overturned. Additionally, he may be counting on Hillary Clinton or another Democrat winning the presidency, making it much more difficult for Republicans to thwart the proposed nomination next year.

Ed Whelan, President of the Ethics and Public Policy Center, who once worked as a law clerk for Scalia on the Supreme Court, warned that the Obama administration is trying to sneak Garland through by portraying him as a moderate, which many in the media have been dutifully repeating. Even if that was slightly accurate, Whelan said this is the reality, “There is not a dime’s worth of difference between a moderate liberal and a liberal. They will all vote with the left wing of the court.” America Rising Squared’s Executive Director Brian Rogers also pointed out that Garland is the “most anti-gun Supreme Court nominee in decades.”

Obama is taking a big gamble. But if a Democrat becomes president after him, his gamble could pay off.

For additional commentary, see John Zmirak’s article, Bullies, Cowards, or Heroes: GOP Senators Must Choose Which to Be on Obama’s SCOTUS Pick.
Follow Rachel on Twitter at Rach_IC.