Bullies, Cowards, or Heroes: GOP Senators Must Choose Which to Be on Obama’s SCOTUS Pick 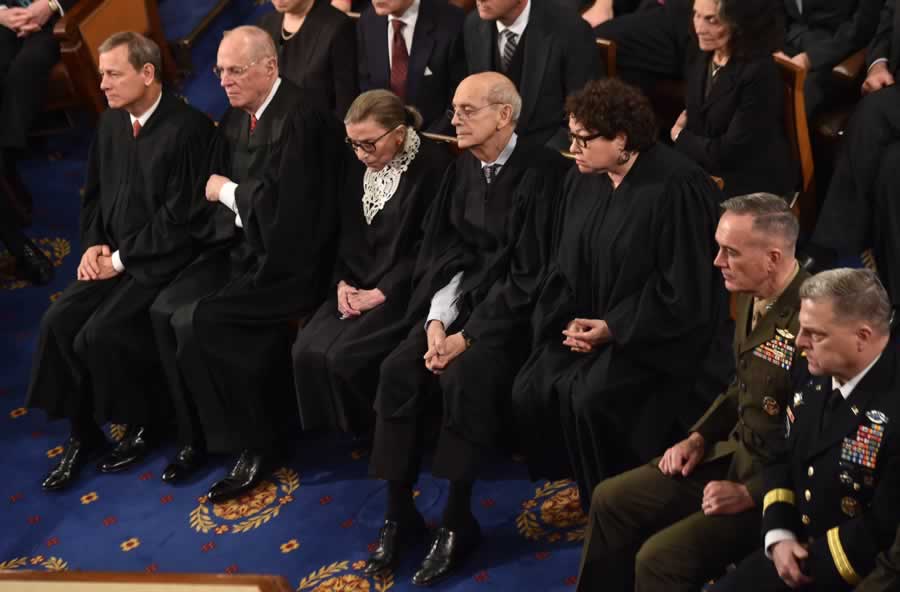 The rise of Donald Trump has made it timely to ask ourselves: What’s the difference between a bully and a hero? At first look, those two figures can be easy to confuse. Each one is strong, each is willing to use force, each summons anger to serve its God-given purpose: as a call to action, a jolt of adrenaline to the muscles, brain, and nerves.

The pacifist, the coward, or blasé onlooker might not at first be able to tell the difference between a bully and a hero — not till he learned the facts of the fight. That is why in professional wrestling, the guys behind the scenes who script the matches make sure to clearly mark out the good guys (“faces”) from the bad guys (“heels”), so that fans don’t get confused. In the real world, cops called to break up a fight have to figure out if one of the bloodied people in handcuffs was the victim of aggression, or if he fought in defense of an innocent, helpless third party. The same question comes up in legal cases about the use of private firearms.

Liberal media, law professors and activists will spend the next several weeks trying to paint Republican senators as bullies if they refuse to move forward with Merrick B. Garland, President Obama’s choice of a Supreme Court nominee to fill the chair (though not the shoes) of the late Antonin Scalia.

As Rachel Alexander documented yesterday, there is no question that Garland is a “moderate” in any Constitutional sense of the word. Senator Ted Cruz is right to warn that Garland’s previous decisions prove that he

would rule along with other liberals on the bench like Justices Ginsburg and Sotomayor. Make no mistake, if Garland were confirmed, he would side predictably with President Obama on critical issues such as undermining the Second Amendment, legalizing partial-birth abortion, and propping up overreaching bureaucratic agencies like the EPA and the IRS.

And what does it even mean to be a “moderate” on the decisive issue of jurisprudence — whether or not lawmakers are bound by the plain words of the U.S. Constitution? If not, then they are free to treat the document that was meant to protect the basic rights of unpopular minorities as an erasable wish list, to fill with their own personal preferences, which they picked up at elite, secular schools like Harvard Law. As Scalia himself famously asked, “What is a ‘moderate‘ interpretation of the [Constitution’s] text? Halfway between what it really means and what you’d like it to mean?”

Senators who raise these critical issues and refuse to move Garland forward to a position of unaccountable power over hundreds of millions of citizens will be accused of partisanship, of arrogance, of pandering to the religious right, and most tellingly of cheating — of refusing to play by the rules and give Garland “a fair hearing.” In other words, of bullying.

Such rhetoric is nakedly cynical: Some of the same senators and their allies (like Vice President Biden) are on the record as saying that election-year nominations by Republican presidents in the past should never come to a vote. Still others were part of the effort to smear and destroy Judge Robert Bork, a brilliant conservative jurist whom Ronald Reagan tried to name to the court.

The liberals are fighting a battle in arena of public opinion, using whatever weapons come to hand. We should be ready and willing to do the same. So long as we don’t resort to bribery or lying, what matters in this fight is not how we throw our punches but who we are fighting for. That is what makes the difference between a hero and a bully — his attitude toward the vulnerable. Does he see them as brothers deserving protection, or weaklings to be exploited?

So in choosing a judge who will wield the bloated, quasi-absolute power that the Supreme Court has seized in our Republic, we must act as heroes. We must demand that our senators do the same, if they want to be re-elected. And that means using their power in defense of the defenseless, of those whom the more powerful in society are prone to exploit. The most poignantly helpless, of course, are unborn children — who thanks to dishonest Supreme Court decisions by justices such as William Brennan (who Garland clerked for and reveres) are butchered and trafficked by organizations such as Planned Parenthood with less concern than Chipotle laudably shows for the pigs that end up in burritos. (No wonder Cecile Richards was seen at the White House today, and is already lobbying for Garland’s confirmation.)

Other victims of such jurisprudence include Americans who live in dangerous neighborhoods, who will lose their Second Amendment right to defend themselves and their families if a single vote switches on the U.S. Supreme Court.

Think of churchgoers whose right to practice their faith in public will hang on the votes of five unelected lawyers who serve for life. The stakes are freedom or slavery, life or death.

Since the Constitution exists to guarantee our rights as human persons, and courts exist to discover and implement justice, we must see the process of choosing Supreme Court justices not as some legal game or gentleman’s hobby, where a bunch of politicians pore over the resume of some Harvard or Stanford graduate, nod wisely and vote to confirm him.

Instead it should be a stark, even brutal audition, more harrowing if need be than the presidential primaries. Since the Court has irreversibly politicized itself by seizing un-Constitutional powers, we must recognize this fact and act accordingly. We must act politically — that is, as citizens, not serfs — and insist that any judge who will ever be confirmed, not simply this year but any year, have a strong track record of respecting the U.S. Constitution. For that document, in what it really says, is the single best protection in human history for the rights of the human person. We can’t let haughty elites who exploit the weak in the name of invented rights and a fictitious Constitution bully us into backing down.