What Would God Say to Us in a State of the Union Address?

“You have so little love for each other.” 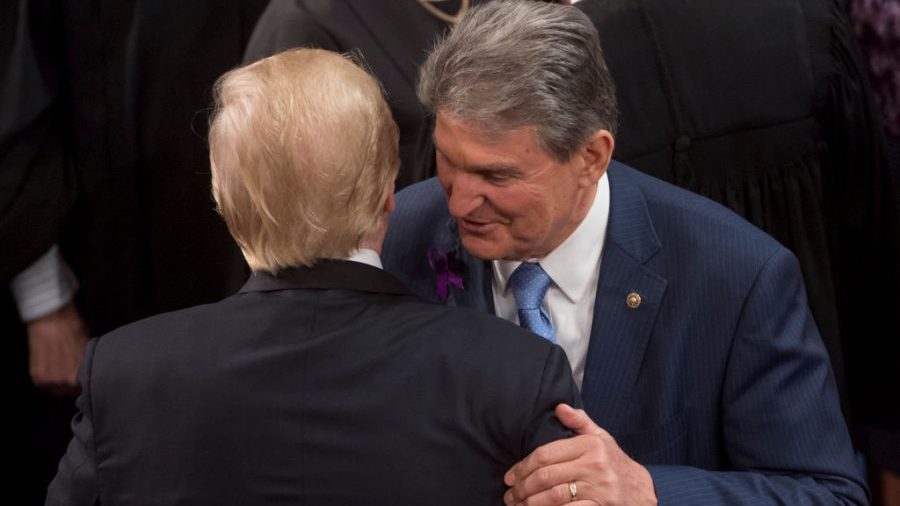 US President Donald Trump embraces US Senator Joe Manchin, Democrat of West Virginia, after speaking during the State of the Union Address before a Joint Session of Congress at the US Capitol in Washington, DC, January 30, 2018.

After the president’s State of the Union address on Tuesday night, I asked myself, “What if God Himself addressed our nation? What would He have to say?” As I reflected on this in the hours that followed, I heard a quiet, sad-sounding voice saying, “You have so little love for each other.” Could that be the message of the Lord to us?

It’s not just that we are deeply divided as a nation. It’s that we have so much animosity towards each other, so much hostility, so much anger.

Where is the redemptive heart that seeks to gather rather than scatter? Where is the attitude that says, “We’re not trying to minimize our differences, but can we at least be civil toward each other? Can we at least learn to live together as neighbors?”

Like many of you, I despise some of the policies of Barack Obama and Hillary Clinton. But do I despise them too? Am I happy to see them mocked — not for their policies but as people? Do I feel disdain when I see a picture of Hillary or replay the video of her collapsing with glee? Do I have negative feelings towards the children of Barack and Michelle Obama?

What about those of you who strongly oppose President Trump? Do you wish for his physical demise or even death? Do you hope the allegations of his mental instability are true? Do you despise his children (grandchildren) just because they’re related to him? If so, where is your love?

We could all see the lack of love on the faces of the political leaders who sat glumly during the president’s speech, refusing to celebrate the well-being of other Americans because it was not to their political interest. What a sorry picture they painted, and how they hurt their own credibility in the process.

Black unemployment is down, but they can’t be happy because a Republican president is taking credit for it. Hispanic employment is up, yet they pout. Where is the love for their fellow-Americans?

Unfortunately, many of us watching showed no more love than these politicians, joining in their mockery on social media and ridiculing them in the unkindest terms.

We can stand unflinchingly for truth, speak uncompromisingly for justice, and work untiringly for moral change without hating or demeaning our ideological opponents.

I agree that their actions are offensive, and I’d be glad to see them voted out of office. But do I disdain them as something less than fellow-human beings, created in God’s image?

This lack of love is endemic in our society today. It’s as ingrained as our accents and as American as Apple Pie.

Think for a moment of the Black Lives Matter protesters. Many of them are full of hatred towards our police force, even calling for their murder. This is horrific and inexcusable. But how do some of us feel about them? With equal hatred! How, then, can these internal wars ever end?

In 2012, the local police notified my home congregation that there was going to be a gay protest outside of our church that Sunday. I was out of town that day, but our folks were ready for the protesters, meeting them outside with refreshments and inviting them to join us in the service.

They politely declined our invitation and within 15 minutes left with an apology, saying, “You’re too nice to deserve a protest.”

The next day, the organizer of the protest called my radio show to apologize, saying, “Once we got there Sunday morning we were greeted with absolutely perfect love. I mean, it was fantastic.” How extraordinary.

I accepted his apology but told him I felt he owed me none, since he thought we were a certain type of people, because of which they came to protest. “But,” I continued, “the real issue is this. I’m not changing my views and you’re not changing yours. So how can we live together as neighbors in the same city?”

He said that was his issue too, which led to us having dinner together, along with his partner and the pastor of my congregation.

Did we change each other’s views? Not in the least. Did we leave with a greater desire for civil dialogue? Absolutely.

Stand For Truth, Win With Love

Unfortunately, stories like this are the exception to the rule. All too often, our differences dictate our conduct and fuel our rhetoric. We snipe at each other, degrade each other, mock each other and ridicule each other. Whatever happened to “love your neighbor as yourself?”

Love does require speaking the truth, and love does not overlook injustice and evil. But love goes the extra mile. Love seeks the well-being of others. Love seeks to redeem enemies and not simply destroy them.

In the classic words of Paul,

Love is patient and kind; love does not envy or boast; it is not arrogant or rude. It does not insist on its own way; it is not irritable or resentful; it does not rejoice at wrongdoing, but rejoices with the truth. Love bears all things, believes all things, hopes all things, endures all things. Love never ends. (1 Cor. 13:4-8)

The Bible repeatedly tells us that we will reap what we sow, both naturally and spiritually. So, before you speak, before you write, before you act, ask yourself what kind of seeds you are sowing. That’s what you will reap.

We can stand unflinchingly for truth, speak uncompromisingly for justice, and work untiringly for moral change without hating or demeaning our ideological opponents. And perhaps, with a little love, we might even win some of them over.

Could it be, then, that this is one of our greatest failings today, that we have so little love for each other? Might this be part of a divine speech to our nation?

‘To Bind the Nation’s Wounds’: President Trump, You Have a Great Opportunity