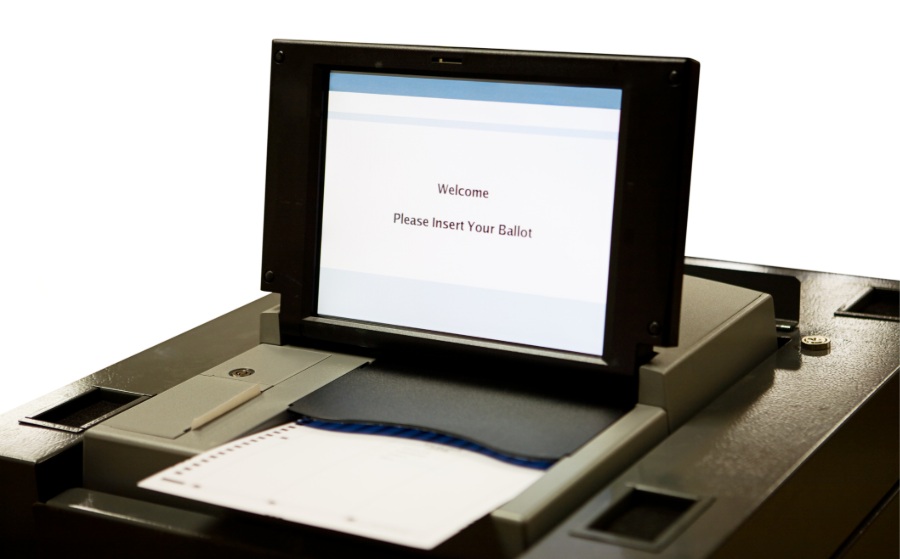 A Michigan judge, who obviously has more curiosity about our voting system than the Supreme Court does, allowed a forensic examination of Dominion Voting Systems machines in Antrim County, where the infamous flip of Trump votes to Biden occurred (and was attributed to “human error”). The data firm Allied Security Operations Group did the examination for the plaintiff and submitted a report, which the judge allowed to be released publicly.

Here are their findings:

We conclude that the Dominion Voting System is intentionally and purposefully designed with inherent errors to create systemic fraud and influence election results … The system intentionally generates an enormously high number of ballot errors. The electronic ballots are then transferred for adjudication. The intentional errors lead to bulk adjudication of ballots with no oversight, no transparency, and no audit trail. This leads to voter or election fraud.

State officials claim that the report is “inaccurate, incomplete, and misleading” and based on “faulty assumptions and incorrect assumptions.” I know a way to settle this: let various data analysts do forensic examinations of multiple Dominion Voting Systems machines in other states, such as Georgia. If this firm is wrong and there’s nothing to hide, then I’m sure Democrats, state officials and the media will join me in this call for full transparency and the public’s right to know. Right?

When Will Voters Wise-Up?

H.L. Mencken once wrote, “Democracy is the theory that the common people know what they want, and deserve to get it good and hard.” In blue states like California and New York, the people who voted in far-left “progressive” Democrats are definitely getting it good and hard, but unfortunately, so are the people who got outvoted.

There’s a lot of complaining, but will any of it result in voters making the mental connection between the incompetent, oppressive leaders who are destroying their lives and livelihoods and their own reflexive checking of the “D” boxes on ballots? So far, experience isn’t offering much hope. Kim Klacik heavily lost her bid for Congress in Baltimore to an old-line Democratic Party insider, despite giving one of the most effective demonstrations I’ve ever seen of the direct connection between decades of Democrat “governance” and the horrendous conditions the people are living under.

And now, here’s a story about New York City business owners and workers who are being driven into poverty by endless, pointless Democrat lockdowns and policies hostile to businesses.

One thing that haunts them is that Amazon wanted to open a headquarters on Staten Island that would have created 25,000 jobs. When the pandemic hit and Americans needed everything delivered, Amazon soared and might have added thousands more workers. But the planned site of that installation is still just an area of empty urban blight because Rep. Alexandria Ocasio-Cortez and other “progressive” politicians drove away Amazon (AOC even celebrated that). They didn’t want those evil capitalists exploiting the masses by hiring them! Another planned use of the property that promised to create jobs was also scuttled by leftwing politicians making impossible demands and fighting to block “gentrification.”

There are some humorous but unrepeatable quotes about AOC, Mayor DeBlasio and others from business owners — but AOC was up for reelection just last month, after she killed the Amazon project and 10 months into the pandemic. What happened? She was reelected with nearly 72% of the vote.

Still, that was less than 153,000 votes in a district where the population is over 706,000. If enough voters had turned out and dared to break the “pull the (D) lever” habit, they might actually have a Representative who cares more about their suffering than promoting her socialist agenda and herself in the media. But they didn’t.

At least DeBlasio is facing term limits. But will New Yorkers actually wise up, the way they did when they elected Guiliani to clean up the mess left by DeBlasio’s mentor, David Dinkins? Or will they vote for yet another leftist? Will they find one who’s even worse, if such a thing is possible?

Since I started with a quote, I’d like to end with one. But I can’t decide between Edmund Burke or Ron White. So I’ll quote both.

“All that is necessary for evil to triumph is for good men to do nothing.” — Edmund Burke

Georgia, It’s Up to You

The electors are set to meet today and are expected to vote to make Joe Biden President. Meanwhile, President Trump is continuing to pursue challenges to the votes in key swing states. While his supporters still have hope, his longshot bid is getting longer. It’s now being talked about not just as a fight to keep Trump in the White House, but a fight to protect all future elections, to force the institutions that are supposed to ensure our elections are honest to do their jobs.

Judging from polls that show 47% of Americans believe the election was stolen (and that even includes about 30% of Democrats), something has to be done to reassure Americans that their votes count and the fix isn’t in, and telling them “You’re crazy! You’re wrong! Shut up, you’re not allowed to talk about it!” isn’t convincing anybody of anything, other than that the people saying that have something they’re trying to hide.

But if it is true that America is about to face the scary prospect of a Biden Presidency (even scarier when you consider who will really be running things), the two runoff races to determine control of the Senate in Georgia are looking more and more like the last chance America has to dodge a wave of disastrous leftist policies, some of which (like stacking the Supreme Court or bringing in more rubber-stamp Democrat states) would be irreversible.

And I hate to be the bearer of bad news, but it appears that Republicans aren’t taking that threat seriously enough. I fear they may be walking toward a wood chipper with their eyes closed. Stacy Abrams is bragging that the Dems have generated 1.2 million absentee ballot requests, 85,000 of them from new voters (you can imagine what that means). Polls show the Democrats rising, even as their radicalism is becoming more obvious by the day. Meanwhile, the Republicans are in disarray, with some people foolishly calling for boycotting the election to express anger over the Trump vote count. Talk about cutting off your nose to spite your face! Trump has strongly denounced that and even traveled to Georgia to urge people to turn out to support Kelly Loeffler and David Perdue.

Early voting starts today in Georgia for the January runoffs. It is vitally important if you are in Georgia that you vote, and get every Republican you know to vote, even if you have to drive them to the polls yourself. Volunteer for get-out-the-vote efforts and for poll-watching, because Heaven knows we’ll need to watch those polls like hawks.

I’m going to direct you to today’s must-read, by Neil Patel at Real Clear Politics. It’s titled, “Republicans are Blowing It in Georgia, and We May All Pay the Price.” I pray he’s being too pessimistic, but I also pray that this will light a fire under Republicans who are sitting on the fence and get them motivated to get out and fight for those seats.

In this article, Patel outlines some of what Chuck Schumer, Nancy Pelosi and a Joe Biden Administration are itching to do to America if they have even the most microscopic majority in the Senate.

I agree with Patel that I can’t believe the majority of Georgia voters want what the Democrats are planning to do to them and the rest of us, which should horrify anyone to the right of Alexandria Ocasio-Cortez. But they need to be told the consequences in no uncertain terms.

Remember the polls showing that Joe Biden would have lost in a landslide if his voters had actually known some of the things about him that the media and social media kept hidden? Well, it’s obvious we can’t depend on them to tell Georgia voters the truth about Democrats Jon Ossoff and Raphael Warnock or what their elections would mean in terms of raising taxes, opening the borders, seizing guns, trampling First Amendment speech and religious freedom rights, cementing fraudulent voting practices and more.

Now, Georgians, it’s up to you. They haven’t yet figured out a way to censor phone calls, emails, letters and personal conversations. So read this, have your eyes opened, and spread it to everyone you know.

Speaking of Stacy Abrams, Rick Moran at PJ Media reports that she is incensed at Republicans comparing her refusal to concede her 2018 Georgia Governor’s race loss to President Trump challenging the 2020 vote counts.

She’s actually correct (maybe for the first time) in claiming they’re completely different situations. For instance, Abrams lost by a substantial enough margin that it didn’t even require a recount. But as Moran points out, the major difference is that Trump argues that he lost because illegal ballots from invisible voters shouldn’t be counted. Abrams thinks she lost because illegal ballots from invisible voters should be counted.

And as long as we’re discussing hypocrisy over challenging elections, a hat tip to Instapundit for digging this up.

Last week, New Jersey Democrat Rep. Bill Pascrell accused 120 GOP House members who supported the Texas lawsuit challenging the legality of the election processes in four states of “insurrection” and demanded that Speaker Pelosi refuse to seat them. Turns out this was the same Bill Pascrell who in 2017 tried to force the House to create an independent commission to investigate (non-existent) collusion between Trump’s campaign and Russia, apparently because he thought the 2016 election was illegitimate. As we always say, “If it weren’t for double standards, they’d have no standards at all.”