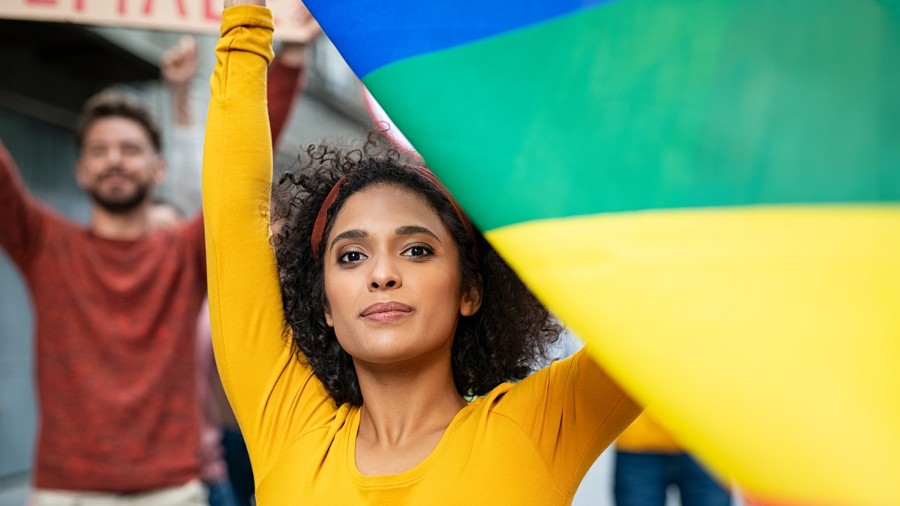 One of the strongest arguments against the so-called Equality Act is that it will completely undermine religious freedoms in America. But according to Maggie Siddiqi, a hijab-wearing, progressive Muslim woman, who is also an LGBTQ ally, the reverse is true. Is she right?

Writing for The Hill, Siddiqi claims that “the Equality Act does more than protect LGBTQ Americans; it also expands existing civil rights protections for people of faith, as well as for women, people of color, immigrants and more.”

Indeed, she argues, “We can’t allow the opponents of the Equality Act to misrepresent it as an attack on religious freedom. As a Muslim woman who has spent a large part of my career fighting for religious freedom, I know this is the opposite of reality.”

An Opposite Understanding of the Equality Act

The Equality Act guts the Religious Freedom Restoration Act (RFRA) and threatens constitutional freedoms by eliminating conscience protections from the Civil Rights Act. If enacted, H.R. 5 would force employers, medical professionals, educators, and religious organizations to allow men into women’s shelters, pay for or perform sex-change operations, and engage in speech that violates their consciences. Faith-based adoption and foster care agencies would be forced to violate their belief that every child deserves a mother and a father. Section 2(a)(2) of the bill refers to the belief that marriage is between a man and a woman as a “sex stereotype.” This stigmatizes the beliefs of hundreds of millions of Americans, including Catholics, Evangelicals, Jews, Mormons, and Muslims.

How can there be such different interpretations of the same bill? How can they come to such polar opposite conclusions?

First, we should note that Siddiqi is the senior director of the Faith and Progressive Policy Initiative at the Center for American Progress. Issues of importance to this organization “include economic inequality, reproductive justice, religious liberty, racial justice, climate change, LGBT equality, immigration reform, and more.”

Accordingly, although she chooses to wear a hijab, she rejects traditional Islamic teaching on LGBT (and related) issues. In that respect, Siddiqi and her organization are decidedly liberal. Her starting point, then, is quite different than that of multiplied tens of millions of Americans who oppose the Equality Act because of their religious convictions.

Second, as a Muslim, she is sensitive to discrimination that can come against her because of her faith. As she explains, “In cities and states that have not passed their own nondiscrimination laws, I can be refused service and cast out of any of these establishments, just because of how I choose to pray.”

But she has failed to ask in her article, “What if a former Muslim, now an anti-Islamic atheist, wanted to teach at a Muslim school? Should the school be forced to hire that person in the name of non-discrimination?”

Why does LGBTQ status take precedence over religious status to the point of forcing people of faith to violate foundational tenets of their religion?

If the answer is “Obviously not,” then why should that school be required to hire a professing Muslim who was an out and proud gay man if that violates their sacred texts? Why does LGBTQ status take precedence over religious status to the point of forcing people of faith to violate foundational tenets of their religion?

It is one thing to discuss whether a factory should be able to fire an employee because of that person’s private relationships and lifestyle choices.

Siddiqi argues that “religious freedom should only ever be about protecting our own rights to live free from discrimination; it should never be the terms on which we negotiate freedoms for others.”

Oddly, she is completely missing the point of our objection to the Equality Act as currently constructed, namely, that it directly attacks our freedoms as people of faith. It tells us that we must violate our own convictions, even in the context of our own homes or places of education or worship, bowing down instead to the preferences (or even demands) of LGBTQ activists and allies.

If this is not the case, why not plainly reinforce the importance of the Religious Freedom Restoration Act (RFRA) rather than completely remove it? If religious freedom is a good thing rather than a bad thing, why does the Equality Act literally gut RFRA?

Pointing to the dangers of the Equality Act, Liberty Counsel cites the case of a Christian mother who contacted Autism Spectrum Therapies (AST) “to get rehabilitative and behavior services for her eight-year-old son who has autism. AST, like many autism support agencies, receives federal funding to help parents and their autistic children. The previous behavior technician left the position, so AST started to look for a replacement.”

When the replacement arrived, the mother was surprised to meet a biological male dressed as a woman, an example that this mother felt would be confusing and unhelpful for her son. In response, the agency told the mother she was discriminating against “the woman,” and the contract was terminated.

In this case, both the mother and her husband are Christian ministers, and this was a direct violation of their faith and standards. Moreover, this was a matter of what took place in the privacy of their home.

Yet, as Liberty Counsel notes, “If HR 5, known as the so-called ‘Equality Act,’ becomes law, instances like what happened to Jane (pseudonym) will become commonplace and legal.”

The reality is that, as constituted, the Equality Act is so dangerous and ill-conceived that even atheists have teamed with Orthodox Jews to oppose it.

All people of conscience should stand against it. And where there are legitimate issues of discrimination or mistreatment to address, let us do so together without undermining one of the most fundamental pillars of our society, namely, freedom of religion.