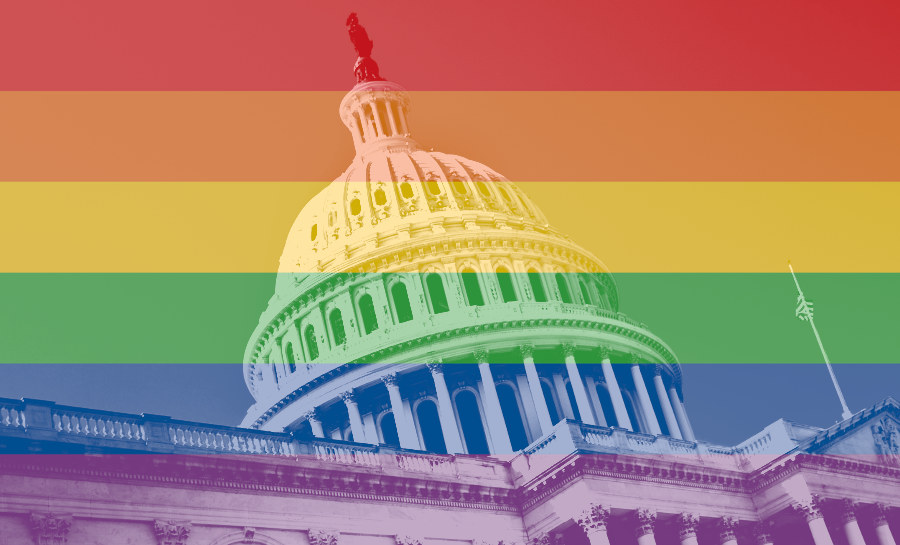 The Newsweek article by Natasha Chart and Rabbi Yaakov Menken begins with these words: “It would be hard to accuse an Orthodox Jewish rabbi and an agnostic feminist leader of walking in lockstep.” All the more would this be true if you added Catholics to the mix, then threw in some evangelicals. What cause could bring such disparate people together, all united as one?

As Chart and Menken wrote, “We agree entirely that the Equality Act is a fatally flawed, and even hateful, piece of legislation.” Or, as expressed by the chairmen of five U.S. bishops’ committees, the Equality Act will “discriminate against people of faith” — meaning, of Christian faith or other faiths.

As summed up by evangelical leader Mat Staver, “HR 5 is a bill that pushes the LGBT agenda on all people and targets Christianity in every area of life — including the church. There will be an increase of instances where Christians and others are being punished unless they violate their beliefs in order to comply with such a law. And that is just the beginning of unconstitutional chaos in America.”

It’s one thing to stand against the mistreatment of those who identify as LGBTQ (or anything else). It’s another thing to turn the world upside down, throw out common sense and logic, and trash the religious liberties of the majority of the nation in the name of equality.

In short, not only would religious beliefs be trampled in the name of “equality,” but simple human rights — most specifically, women’s rights — would be trampled as well. (As Chart and Menken wrote, “Women, check your ‘privilege.’”)

That’s why many people of faith and non-faith are uniting together against the so-called Equality Act.

Just consider what it would mandate across the nation, with no possibility of religious exemptions.

Here are some potential scenarios.

An out and proud gay schoolteacher wants to teach at an Orthodox Jewish day school. Under the Equality Act, the school could not refuse him a job because his out and proud lifestyle violated Jewish law. That would be discrimination. As for Orthodox Jewish synagogues, if challenged, they would not be allowed to have separate seating for men and women at public events. Discrimination again!

What if a biological male who identifies as a female, yet still likes to sport a 5-o’clock shadow, wants to work at a Christian preschool, reading stories to the children? The school could not say, “We’re sorry, but we’re not hiring you. That would be confusing to the children.” Under the Equality Act, that would now be discrimination.

Here are a few more scenarios to consider.

You are a professional counselor, and an 18-year-old girl struggling with unwanted same-sex attractions comes to you for help. She had been raped when she was 12 and since then, has found men repulsive. Yet she always wanted to be married and have children and she’s interested in getting to the root of her unwanted same-sex attractions. Under the Equality Act, counseling her would be illegal.

You run a women’s shelter for abused women and have always refused to house biological males who identify as transgender women. You have limited facilities, and there’s no way your clients, already traumatized, should be forced to share showers and bathrooms and bedrooms with biological males. Under the Equality Act, you would be forced to accept transgender “women.”

You are the principal of a public school with an excellent girls’ track team, and your top female athletes win college scholarships on a regular basis. Under the Equality Act, you would be forced to allow boys who identify as girls to compete with the girls, thereby robbing them of both victories and scholarships, not to mention personal dignity. (One website pointed out that, “In 2018, 275 high school boys ran the 400 meter faster than the lifetime best of Olympic Team USA member and world-record-holding sprinter Allyson Felix, while in 2017 thousands of men ran the 400 meter faster than any of the world’s three fastest women.”)

Your church building is used to host weddings on a regular basis. Under the Equality Act, you will not be allowed to say no to same-sex couples, even though this violates historic tenets of your faith.

Traditional Religious Practices: “As Unacceptable as was Jim Crow”

That’s why Mat Staver is almost shouting out this warning about the bill (emphasis his):

It even criminalizes those who share their own story of finding freedom in Christ from homosexuality in a book or speaking engagement. This bill literally sets the stage for banning the Bible, which offers the power to free those wanting to turn away from homosexual conduct.

And there is NO RELIGIOUS EXEMPTION to this bill!

Similarly, Chart and Menken warn, “Incredibly, the Equality Act specifically strips away protection of religious practice guaranteed under the Religious Freedom Restoration Act of 1993.” (Their emphasis.)

In short, “The Equality Act thus deems a religiously motivated refusal to participate in a same-sex marriage to be no different than a KKK member’s refusal to cater a multiethnic couple’s nuptials. Traditional religious practices, according to the Equality Act, are as unacceptable as was Jim Crow.”

And that is why people from a wide range of backgrounds are standing together against this ill-conceived bill. (I haven’t even mentioned the abortion-related aspects of the bill, among other important issues. See this relevant article from 2019.)

We Can All Stand Together on This. Here’s How

It’s one thing to stand against the mistreatment of those who identify as LGBTQ (or anything else). It’s another thing to turn the world upside down, throw out common sense and logic, and trash the religious liberties of the majority of the nation in the name of equality.

As expressed by the Catholic bishops, “Human dignity is central to what Catholics believe because every person is made in the image of God and should be treated accordingly, with respect and compassion. This commitment is reflected in the church’s charitable service to all people, without regard to race, religion or any other characteristic.”

Consequently, “It means we need to honor every person’s right to gainful employment free of unjust discrimination or harassment, and to the basic goods that they need to live and thrive. It also means that people of differing beliefs should be respected. In this, we wholeheartedly support nondiscrimination principles to ensure that everyone’s rights are protected.”

And that is precisely why we need our elected officials to vote against the Equality Act as it is currently written. We can all stand together on this.