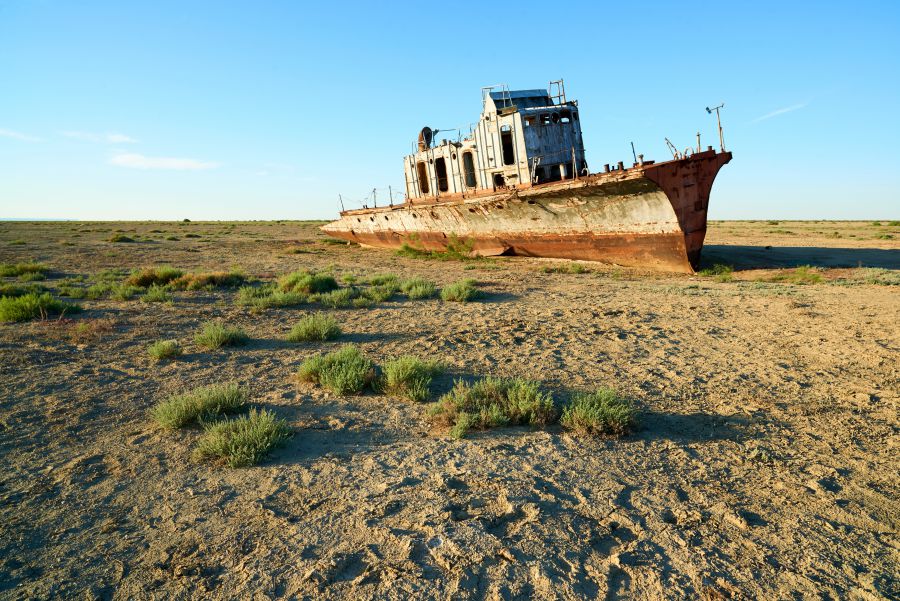 This is not the weather I grew up with. A couple mornings ago, a sheet of ice like I’ve never seen overlay the street in front of my house.

Climate change is real. It’s a fun game to point out all the cases in which people turn normal bad weather into evidence for climate change. My experience may be one of them. But it’s still real.

It’s still real. But to know what to do, we have to address two matters first. Two matters the activists never look at.

Second, it’s not the deepest issue we face. That issue they ignore. They don’t gain anything by facing it. But if we don’t face the deeper issue, we won’t ever solve the climate problem.

First, they have misled us before. Repeatedly. When I was a teenager in the 1980s, they scared us to death over the specter of nuclear armageddon, over-population and mass starvation, the coming ice age. They do it to today’s kids over the environment.

How much of it is legit? How much of it is agenda-driven? Should climate change fade, will there be some new looming apocalypse by which our schools scare children into voting Democrat? Into getting more people to accept an ever-expanding government? And how much is just their raw self-interest? See The Stream‘s David Mills on that.

Second, they’ve made a lot of crazy-false predictions in the past. Wasn’t New York City supposed to be underwater by the 1980s? Weren’t we all supposed to be reduced to cannibalism by now? Many predicted the absolute worst. Weren’t they just crying wolf?

Third, the same people respond to the problems with a “command and control” attitude. They think that everything is within their power, that all will be well if only we place ourselves in their hands, the hands of benevolent overlords. Their rational decision-making will save us all.

Finally, they don’t live as if the world were as desperate as they claim. They live in gigantic homes and fly on their private jets to their international soirees all over the world. Their extravagant lifestyles contradict the very simplicity that they would impose on the rest of us. On the little people. They want everyone else to sacrifice so that they can carry on as they are. They have no credibility.

I don’t trust those who tell us that climate change is man-made and we have to take radical action it. Look at the other things they want. They want abortion. They want population control. And power over the economy and over the way average Americans live their lives. They want just plain control.

My readers are not going to like this. But I think one of the most credible figures on the world stage regarding environmentalism is Pope Francis. Read Laudato Si, his encyclical on the environment closely.

Why? The healthy family and community will be more careful with the environment, for one thing. “When,” Francis explains, “we fail to acknowledge as part of reality the worth of a poor person, a human embryo, a person with disabilities — to offer just a few examples — it becomes difficult to hear the cry of nature itself.”

“Human ecology” has a “moral law,” Francis says. “Authentic human development has a moral character. It presumes full respect for the human person, but it must also be concerned for the world around us and ‘take into account the nature of each being and of its mutual connection in an ordered system.’ Accordingly, our human ability to transform reality must proceed in line with God’s original gift of all that is.”

Many environmentalists don’t see that. Francis notes that “concern for the protection of nature is also incompatible with the justification of abortion.” He criticizes “some ecological movements” that demand limits on scientific research that may harm the environment, but “justify transgressing all boundaries when experimentation is carried out on living human embryos.”

True human ecology speaks of ‘”the acceptance of our bodies as God’s gift.” We’ve been given our bodies as gifts, to take care of and to use in accord with their real nature. We’re stewards of our bodies as we are of the bodies of others and of the wider environment.

As Francis writes: “Pope Benedict XVI spoke of an ‘ecology of man,’ based on the fact that ‘man too has a nature that he must respect and that he cannot manipulate at will.’ … The acceptance of our bodies as God’s gift is vital for welcoming and accepting the entire world as a gift from the Father and our common home, whereas thinking that we enjoy absolute power over our own bodies turns, often subtly, into thinking that we enjoy absolute power over creation.”

In other words, the person who aborts her child, the doctor who performs a double mastectomy on a teenage girl who thinks she is a boy, the scientist who clones and kills a human embryo, all of these are crimes against nature, against the givenness of creation. Popes Benedict and Francis are virtually alone in connecting these violations of human nature to violations of the earth itself.

And that is the crux of it. The difference between the environmentalism of our recent Popes and that of, say, Bill Gates and the activist establishment.

The activist establishment’s is an environmentalism born of the same human arrogance that harmed the environment in the first place. A sense that all reality is ours to make and unmake as we see fit. We plundered nature for our own purposes and now we will impose a top-down regime that will somehow fix it.

Francis’s is an environmentalism born of humility, of a sense of awe before God’s creation and a gratitude for the givenness of it. We must cherish, as the gift of a loving Father to his children, God’s design both in the natural world and in our own bodies. We must be its prudent stewards, not its vengeful masters.

Sign me up for that environmentalism. Not Bill Gates’.

Peter Wolfgang is president of Family Institute of Connecticut. He lives in Waterbury, Connecticut, with his wife and their seven children. The views expressed on The Stream are solely his own. His previous article was The Mainstream Media Won’t Tell Us the Truth About 2021. The Way They Didn’t About 1991.

When a Liberal Plays God