The Mainstream Media Won’t Tell Us the Truth About 2021. The Way They Didn’t About 1991

Back then, the MSM featured the story that served the Democratic agenda, not the really important stories 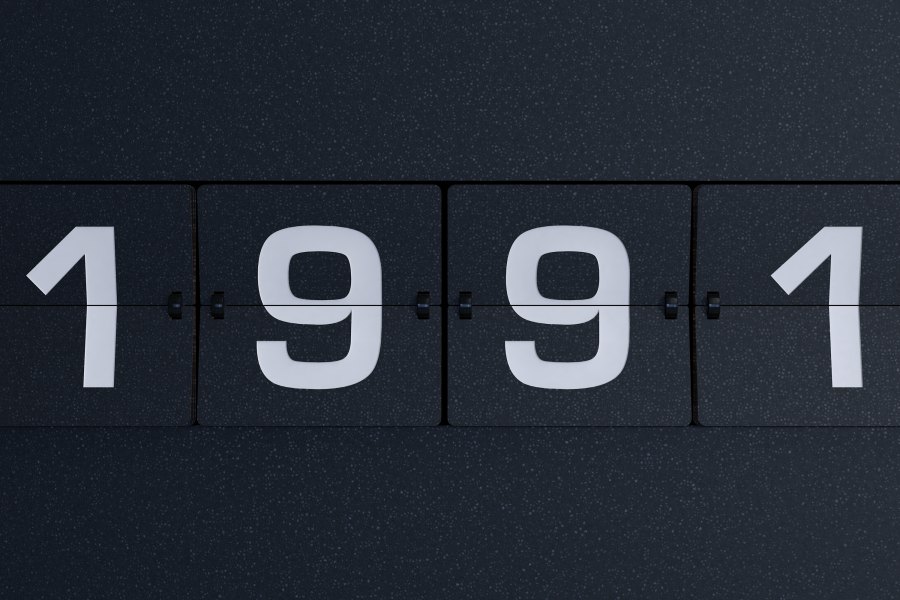 As we round out the end of 2021, I’m struck by how the media year-end retrospectives I’ve seen so far remind me of the ones from thirty years ago. Remember 1991? I do. Here is what I remember.

I remember that we won the Persian Gulf War. Amazing, lighting-quick victory. Very few casualties. A coalition comprising almost every nation on the planet. I remember the victory parades in NYC and Washington, DC. I was personally present at the one in DC. Tanks rolling down American streets in celebration. Fighter jets flying overhead.

It was very unusual for the USA. More the sort of parade that occurred every year in the USSR. But we deserved it.

We had essentially just won the Cold War without firing a shot. And the Gulf War victory parades were almost a sort of stand-in for a Cold War victory parade. Like the celebrations that occurred at the end of World War II. The famous image of the soldier kissing the woman and all that.

In fact, the Soviet Union did collapse that year. It was officially disbanded on Christmas Day.

The USSR had terrorized its own people, and the world, for 70 years. The USA and the USSR had been in a Cold War for 40-some years which, at times, had brought the human race to the brink of extinction.

So what did the media focus on most in its year-end wrap-up issues at the end of 1991? The stuff I just mentioned?

No. They focused on Anita Hill.

You remember. She had accused Clarence Thomas of sexual harassment during his confirmation hearings. In a post-Brett Kavanaugh world, the thing seems almost tame. There were no front page New York Times stories accusing Thomas of being a gang rapist. But a lot accepting Hill’s claim that he was an abuser.

But at year-end 1991, the media made sure it was the one thing you remembered about the year. The far-greater historical things I just mentioned were comparatively downplayed.

Why? Because Anita Hill fit the narrative. The Republican party hated women. Nominating Clarence Thomas proved it. (And let’s not forget what a threat a conservative black justice was to the Democrats, who claimed to speak for all black Americans.)

They’d roll back women’s rights — and not just the “right” to abortion. The party served “powerful males” who’d oppress the poor and racial minorities as well as women. The narrative was crucial to liberal hopes. A year later the Democrats rode “the Year of the Woman” theme to electoral victory.

Now jump ahead to year-end 2021. As I write, my newspapers are filled this morning with references to the events of January 6th. It is suddenly referenced on what feels like every other page. You would think Jan. 6th just happened yesterday.

The only thing they want you to remember about 2021 is what fits the narrative. And Jan. 6th is their “Reichstag Fire.” The thing they can use to gaslight us and control us for the rest of our lives. Or try to, anyway.

I grant you, Jan. 6th is certainly bigger than Anita Hill. But it was never what they said it was. And there is another thing in 2021 that is bigger than either of them.

2021 is the year America lost a war for only the second time in its history.

You’re not hearing a lot about our ignominious retreat from Afghanistan in the year-end wrap-up stories, are you? At least, I don’t see it in today’s papers. Not like I’m seeing Jan. 6th.

Biden’s abject, miserable exit from Afghanistan does not fit the narrative. Nor do any of his other failures in what has been his first, miserable year in office, a one-year presidency that already feels like a full term … of awfulness. Has he done anything well?

They Want You to Forget

Likewise, in 2021, they want you to forget Afghanistan and Biden’s incompetence. They only want you to remember Jan. 6th.

Peter Wolfgang is president of Family Institute of Connecticut. He lives in Waterbury, Connecticut, with his wife and their seven children. The views expressed on The Stream are solely his own. His previous article was The End of Roe v. Wade Won’t Change Much for Me.

Joe Biden’s Not America’s Biggest Problem. The Afghanistan Debacle Showed Who Is