Christian Influence in Society? Yes. A Theocracy? No. 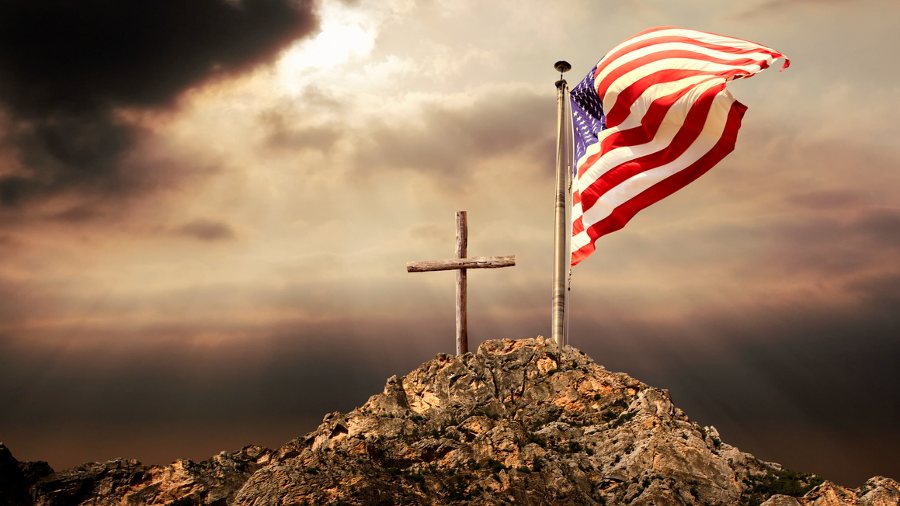 Should followers of Jesus have a positive impact on every area of society? Absolutely. The light of our lives and the light of our message should illuminate our surroundings. Our good deeds and our biblically based values should disseminate love and truth. At the same time, we are not called to take over society and impose our faith on the nation. There is a vast difference between making a positive impact and imposing a theocracy.

Of course, whatever we do together as followers of Jesus will likely be misjudged by our critics.

As a colleague pointed out in a group text discussion, “In the 1970s it was ‘culture religion’ or ‘civil religion’ that we were accused of. Then in the 1990s we were accused of being ‘theocrats.’ Then it was ‘dominionists’ (though I think most who accused us could not have properly defined the term … .). But behold! They have a NEW word for us now: ‘Christian Nationalism.’ And the purpose of this word? It is to bludgeon, bully, intimidate and keep us OUT of the public square. It is to shame us from being activists.”

That’s why, in the days ahead, we will hear dire warnings from the left about a nefarious plot by Christian conservatives to take over the nation. The warnings will be so shrill that they will border on hysteria. “They’re trying to impose a theocracy! They are trying to create an America in their own image! And they are not afraid to call for the shedding of blood!”

Every vote we cast will be seen as part of the alleged takeover plot. Every step that we take to fulfill our calling as the salt of the earth and the light of the world will be branded as part of a theocracy.

Unfortunately, there are some Christian groups calling for this very thing (although, to be clear, when they talk about the possibility of bloodshed, they mean that their blood might be shed as martyrs for the cause). They are espousing an unhealthy Christian nationalism that merges Christian identity with national identity and wraps the gospel in the American flag. And the most extreme among them would even welcome a theocratic kingdom on earth in which religious leaders dictate how the society is governed.

Some are political leaders, some are media leaders, and some are ministry leaders. In all cases, I reject their goals, I reject their methods, and I reject their rhetoric. In fact, this is one reason why I have distanced myself from the term “Christian nationalism.” (For an in-depth treatment of this in my latest book, see here.)

I Avoid Calling Myself a ‘Christian Nationalist,’ But I Know Jesus-Loving Patriots Will be Called That Anyway

To give some specific examples, some of the rhetoric at the DC Jericho March December 2020 was dangerous. Some of the rhetoric of GAB’s CEO Andrew Torba, referring explicitly to Christian nationalism, is dangerous. And when a major speaker at a recent MAGA rally calls on pastors to preach from the Constitution as much as from the Bible, we know things have gotten way off course.

At the same time, we must remember that every effort that we make to bring positive change to our communities will be labeled dominionism.

Every vote we cast will be seen as part of the alleged takeover plot.

Every step that we take to fulfill our calling as the salt of the earth and the light of the world will be branded as part of a theocracy. “You Christians are just trying to take over! Next you’ll be forcing us to read the Bible and go to church, under penalty of imprisonment or death!”

Maybe I’m exaggerating here, but only a little.

We’ll be Misunderstood and Misrepresented

In fact, in the same text discussion I referenced above, another colleague pointed out that a left-leaning intellectual was now associating large families with Christian nationalism. To paraphrase (again, in somewhat exaggerated terms), “Beware those evil breeders! They’re probably hoarding weapons too. More babies and more guns! That’s their secret plan. A militia in every home!”

So, I recognize that our best intentions will be maligned. I understand that we will be misunderstood and, even worse, intentionally misrepresented. So be it.

But let’s not give our critics fuel for their fire by our foolish behavior and undisciplined rhetoric. And let’s not confuse the watching masses by playing into their worst fears.

We can be world changers without being world dominators. We can preach the Scriptures without advocating for a theocracy. We can vote and lobby and stand and speak without calling for Christian dominionism.

How We Change the World

In short, we should do what Jesus told us to do: “let your light shine before others, so that they may see your good works and give glory to your Father who is in heaven.” (Matt 5:16)

We should heed the exhortation of Peter: “Be careful to live properly among your unbelieving neighbors. Then even if they accuse you of doing wrong, they will see your honorable behavior, and they will give honor to God when he judges the world.” (1 Peter 2:12, NLT)

That is how we change the world.