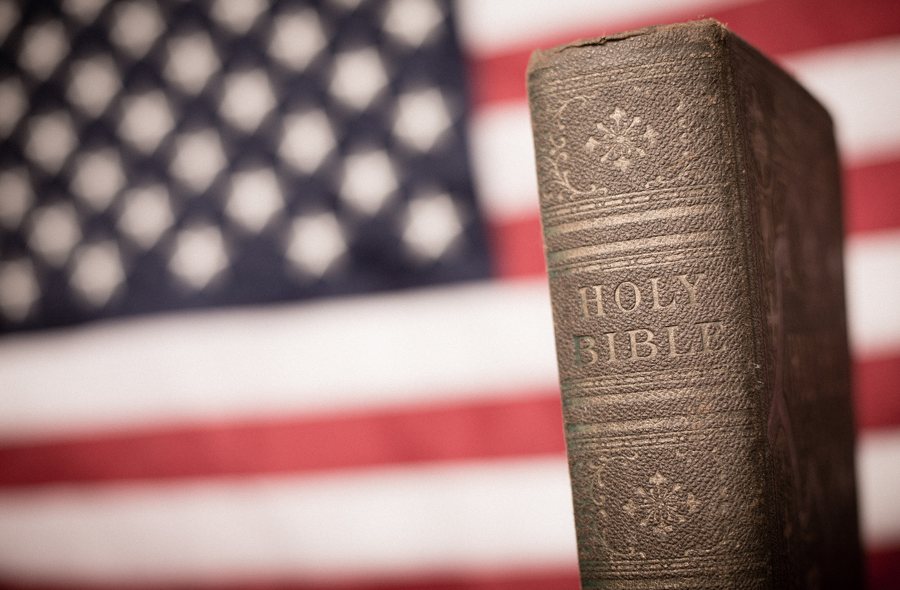 Is Christian nationalism dangerous? That all depends on what you mean by the term.

On the one hand, there is no shortage of warnings today from the left about the alleged danger of Christian nationalism.

As expressed by conservative author Jason Mattera, “Over the last few years, we’ve been subjected to a barrage of ‘alarming’ stories in left-stream media outlets about the rise of this scary, menacing boogeyman. Christian Nationalism, as the hyperventilating goes, poses a danger to the well-being of the United States and is a betrayal of genuine Christianity.”

In stark contrast, John Zmirak, a conservative Catholic scholar and cultural commentator, views the term as positive, referring it “to American civic religion circa 1960, where broadly Christian ideas about human nature, marriage, and life prevailed.” In his view, the more the left reviles the term “Christian nationalism,” the more we should embrace it.

What about the perception of the general public? How do most Americans view the concept of Christian nationalism?

I’m not aware of any scientific polls that have asked that question, but I did my own totally unscientific, quite limited poll on my Twitter account, asking, “How do you define ‘Christian nationalism,’ and in your view, is this a positive or negative term? (You can answer the first part of the question in the comments and the second part in the poll.)”

Bear in mind that most of my Twitter followers are fellow-conservatives and fellow-believers, and a strong majority of them voted for Trump in 2016 and 2020.

That poll reflects my sentiments as well: I do not like the term or see it as positive or helpful since, for many, it reflects the unhealthy marriage of the gospel and politics, blurring the distinction between the kingdom of God and patriotism. As one Twitter user put it (quoting from another source), “Christian nationalism can be reasonably understood as a movement that seeks to preserve or promote a Christian national identity.”

What Does Christian Nationalism Mean?

This definition also suggests that America has a special covenant with God, and so being a Christian nationalist means helping America fulfill its God-appointed, covenantal destiny. Consequently, it is no problem to wrap the gospel in the American flag, since America is a Christian nation with a Christian calling.

In that same spirit, I have seen preachers standing behind pulpits with the American flag draped over their shoulders as they called for Christians to rise up in force and “stop the steal” (referring to the 2020 elections). The kingdom of God and the nation of America were now merged together as one.

Again, there are solid Christians for whom “Christian nationalism” simply means, “I love Jesus, I love my country, and I honor our Christian foundations.”

That is hardly a dangerous position, and there is nothing ominous about it.

What We Should Avoid

As I wrote in December 2020 in response to a controversial Beth Moore tweet,

Are you a Christian nationalist simply because you love and appreciate America? No.

Are you a Christian nationalist simply because you are patriotic and serve in the military? No.

Are you a Christian nationalist simply because you believe Trump was better for America than Biden? No.

Are you a Christian nationalist simply because you believe there was electoral fraud and are doing your best to fight for a free and fair election? No.

Are you a Christian nationalist simply because you believe that America must protect our religious liberties? No.

Are you a Christian nationalist simply because you believe that God raised up America for special purposes in order to bless and help the world? No.

But you are a Christian nationalist if you confuse loyalty to your country with loyalty to the kingdom of God.

You are a Christian nationalist if you wrap the gospel in an American flag.

You are a Christian nationalist if you “merge Christian and American identities.

“Take Dominion of This Country”

That’s why recent comments by GAB CEO Andrew Torba have raised eyebrows and confirmed the worst suspicions about Christian nationalism, being quoted by outlets such as the Jerusalem Post and further fueling the fires of far-left websites such as Right Wing Watch.

And, what exactly, will this look like? What will it mean to “take the country back for the glory of God,” a sentiment that, in itself, can sound very positive to many Christians?

You degenerate pagans and atheists and non-believers went way too far with the COVID nonsense, with shutting down our churches and forcing our kids to be masked, and forcing us to get vaccinated with some mystery goop in order to keep our jobs and provide for our families. You pushed us too far, and now we’re going to take dominion of this country, of our culture, of news, of entertainment, of technology, of education, of everything for the glory of Jesus Christ, our king. It’s just that simple.

The Assumption That We Change Society By Coercion and Taking Over

In short, “Me loving my neighbor is wanting my neighbor to be ruled by wise biblical Christian men. Look at the fruits of what happens when we allow pagans, Jews, non-believers, atheists to run our country.”

In Torba’s view, this will happen by winning elections and then making Christian values the law of the land. This, in turn, will benefit the whole society, as if Christians could change society by coercion rather than by sacrificial love and service and example.

Some even take this one step further, telling Christians to prepare for battle by getting their guns and ammunition ready, in the name of Jesus at that. Get ready for holy war!

This is as irresponsible as it is dangerous, especially in today’s highly volatile, hyper-politicized, powder-keg climate.

In my new book, The Political Seduction of the Church: How Millions of American Christians Confused Politics with the Gospel, I get into these subjects in much more depth, documenting every position in detail, and doing my best to be fair in my presentation. (But let the reader beware: some of what I document in the book is quite shocking.)

I believe those of you who are interested in delving deeper into the relationship between Church and State and who want to understand the Church’s calling to change the world will find The Political Seduction of the Church helpful. In fact, I wrote it for you.

For the moment, though, let me say this plainly: Jesus alone deserves our total loyalty and absolute, undivided devotion. Anything or anyone that seeks to share the throne of our hearts and lives with Him — be it our careers or our reputation or our patriotism — is an idol that must be smashed.