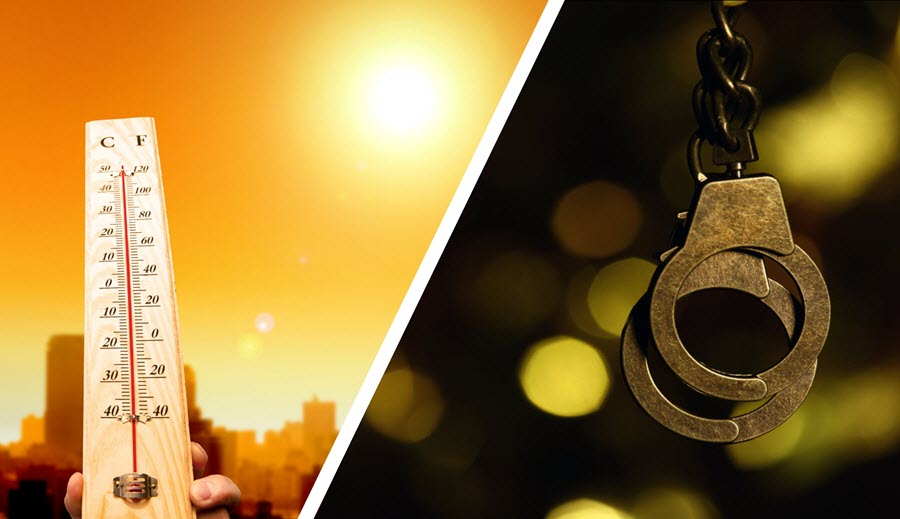 It was hotter here in Seattle this summer than at least since Snoqualmie Indians dried salmon on the banks of the river named for them, a two minutes’ walk from my home. Until this century, the highest ever recorded here was 100. Late in June it hit 104, and the next day, 108, and we got even hotter in the foothills. Canada set a new national record at 116, no, 117, no, 121. Portland now holds a record high greater than any major city in America but Las Vegas and Phoenix (even LA or Dallas!): 117.

Home Depot was out of air conditioners, real heat being unusual in the Northwest, so I boarded up our largest sun-facing window with sheet rock. I took the dog to church, which provided an air-conditioned space and ice cream (we both had vanilla). Then we soaked in the north fork of the river, under cottonwoods and granite peaks. A writer can work under such conditions.

Fitting the Facts to the Narrative

Much of the national reporting tied our big heat wave to global warming. “A taste of the future,” Kristi Ebi, University of Washington health professor, told ABC News. Michael Mann (of hockey stick fame) warned CBS, “We will continue to see more and more extreme heat waves, droughts, wildfires and floods,” if we don’t follow his prescription for mitigation against climate change.

If they had asked the eminent Cliff Mass in UW Atmospheric Sciences instead of someone in health studies or an east coast climate crusader, they’d have gotten a sharply different story. Mann claims that global warming will increase high pressure ridges. Mass says this has been “thoroughly debunked,” including by himself.

CNN milked the crisis to promote climate fear with even greater abandon than ABC or CBS. Even some tech outlets joined the chorus.

Other Facts, Another Narrative?

Temperatures have, true, increased by a couple degrees over the past century. Glaciers began retreating in the mid 19th century already. But what such stories remind us is how tempting it is to pick evidence to support one’s pet theories.

If the new Oregon and Washington records are confirmed, the highest temperatures in five of fifty states will have been set (or tied) in the first 21 years of the 21st century. But record highs for at least six states were set in the first 21 years of the 20th century. So one isolated heat wave, by itself, tells us nothing about global warming. The news “fits a narrative” that the media is accustomed to selling, so they plug facts into that story like a child cramming a round green piece into a square blue space in his puzzle.

We do tend to focus on what is call “the narrative.” Another one the media has played up since the Obama Administration is that “Police are racists,” or “Blue Lives Murder,” in the words of graffiti I saw last summer in CHAZ.

I have written on this subject here before. Never mind if 3,000 times more people are accidentally killed by professionals in the medical field. Never mind all the lives saved by police every day. These stories generally make local news at best. The national media is hungry as vultures for any rumor of a black suspect killed under questionable circumstances by some officer who was too quick to draw.

Such incidents will occur. No reform, no laws, no politicians’ crocodile tears, can change the fact that this is a big country, police are tasked with controlling the most dangerous citizens, and half of America is looking for it, in pretended horror but actual delight. This confirmation bias — and the witch-hunting it justified — cost hundreds or thousands of lives and ruined cities last year, due to the Ferguson Effect, as it is called.

Conservatives Can Make the Same Mistake

Of course, conservatives jump to conclusions, too. One recently accused me of being a Chinese communist spy!

In fact, I loathe Marxism. I decry the persecution of Uyghurs and Tibetans, which may constitute a form of genocide. I am deeply concerned about the growing power of the Chinese state, and suggest we ally with India and other nations to check that power.

But conservatives are foolish if they deny, as many seem compelled to do, that China has made enormous economic progress, that it managed to stop COVID-19 (locking people up can be a useful skill set!), or that the country has built amazing new infrastructure with spiffy subways, airports and hundreds of sparkling new bullet train stations.

For several years I lived in a city on the coast of China. There I could walk to a clean, graffiti-free subway just a mile from my apartment, buy a gaotie (high-speed) ticket on my cell phone, and be off from Qingdao East to almost any city in China. To pretend China is still full of “half-starving peasants,” as one conservative told me not so long ago, that it still relies on sweat-shops producing cheap t-shirts, or that it offers nothing attractive to its people, is to delude ourselves in a way that becomes dangerous as we seek to deal with the challenge of China effectively.

Recognizing trends is part of what it means to think rationally. Yet one must not fall so in love with patterns that we ignore contrary facts. Confucius found a good balance: “To know what you know, and know what you don’t know — this is knowledge (or ‘wisdom’).”

What If the Real Narrative Is Divine Judgment?

Consider one final narrative that might explain today’s world: “We are the Pharaohs of Egypt. God is judging America for our sins. Or at least, 2020 was a shot across our bow.” This theory seems to cover more ground than “Cops are racist!” or “Last weekend’s high temperatures mean we need to stop driving SUVs!”

It might explain COVID, riots, forest fires, borders overrun with gang members, crushing national debt, global warming and the effects it may bring, broken families and the growing challenge of China.

“God shed His grace on thee!” we sang during the Fourth of July. One can still find tons of evidence that He has done so. But what if we reject the council of God, as Israel often did? Does an America that ignores God’s commands still have the right to demand grace? What if we sleep around? Abort our “products of conception?” Deny biological nature? Spend our children’s wealth like crack addicts? Should we expect God to bless us, no matter how we act?

We Dare Not Speak Casually for God

This narrative is compelling for those who study and believe God’s word. Still, one ought not casually speak for God. Moses understood that a strong theory has “predictive power:” He promised plagues before they occurred. Jesus told his disciples in advance that he would die and rise again. Prophecy is, in that sense, scientific, while a lot of talk about prophecy or the “End Times” resorts, again, to cherry-picking.

And many of the patterns into which our sins and consequences fall seem built-in. Sex without commitment leads to single motherhood, poverty, and crime. Spend too much, and a nation goes broke. Scapegoat the police, and murder rates soar while cities fall apart.

God gives us commandments because He knows how nature is set up. The consequences of breaking them may not be provably miraculous, though. So while “divine judgment” is a thesis worth keeping an eye on, proving it in specific cases may be even harder than proving that a particular heat wave was caused by “anthropogenic global warming.”

Still, it is a thesis worth considering. “You analyze the appearance of earth and sky, but fail to analyze the times,” warned Jesus. Marx went wrong by excluding God. Alexander Solzhenitsyn said of the Russian Revolution that “Men have forgotten God.” America seems to be forgetting God, or making ourselves into gods.

His Laws Will Not Be Mocked

Am I cherry-picking evidence to delude myself? National judgment is not something I wish to see. I cannot ignore the trends, though. Our world shows a delicate arrangement of elements: the fabric of space, the courses of sun, moon and stars, the balanced social structure of a once-Christianized and free society. Scripture claims links between certain sins and social breakdown which history has demonstrated.

And so, our recent heat wave, along with COVID, riots, forest fires, and “murder hornets,” may indeed be taken as troubling signs. America’s present woes should remind us, though with more caution than CNN or Michael Mann bring to their ambulance-chasing responses to weather disaster stories, that there is a God in heaven. We are not Him. And His laws will not be mocked.