Colleague John Zmirak Says We Should Mock the ‘Woke.’ Can That Be Christlike? 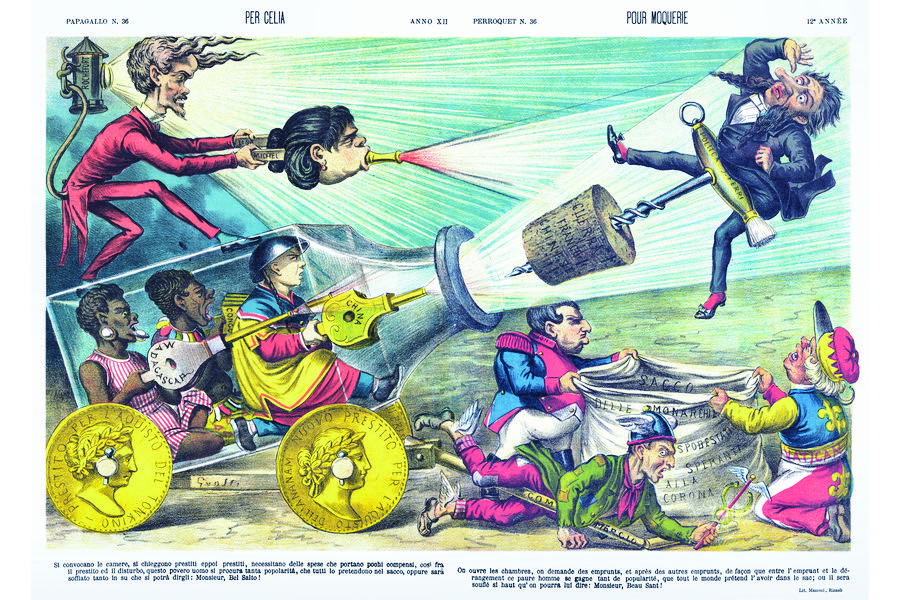 John Zmirak, my colleague and friend here at The Stream, is amazing. He’s perceptive, he’s always ahead of the curve, and he’s not afraid to say what needs saying. (I know, you’re laughing at the understatement.) He’s been good for me and my writing: More than once he’s told me I need to spice it up, and not be afraid to be provocative. Every time he’s said that he’s been right.

So I’ll be provocative. I read through his column, “If Something Irritates You, It Must Be Racist … Or Something™,” before we published it here. It’s the one where he says it’s time we start mocking leftist ideas. We should “offer Woke folks the healing power of Scorn.” And my first thought was, “No. He’s gone too far with this one.”

Not that I’ve kept myself distant from such thinking myself. I’ve used words like “madness” and “insanity” to describe the left, after all. So why would his advice have bothered me? I’ve got a story that will explain why. And then I’ll tell why I don’t think John was wrong after all — but there’s more than needs saying still.

A Story From a Strange Place

Maybe you’ve heard part of the story I’m going to tell. Richard Dawkins, atheist extraordinaire (or is he mellowing?), took considerable fire from believers for telling a crowd of atheists they needed to “mock Christians.” It was highly inflammatory, the way the word went out. Well, I was in there in that crowd the day he said it. It was the 2012 “Reason Rally” for atheists on the Mall in Washington, D.C. I was one of a small group of Christians who’d come to hand out water bottles and engage individuals in conversation there.

So I was there, and I can attest to what he said, and I’ve even double-checked since then. Guess what? Dawkins didn’t say what most everyone thinks he said. His comment wasn’t about all Christians, but about Roman Catholics (not that that makes it any better). But it wasn’t about Catholics as people; it was about their beliefs instead. And it wasn’t about all Catholic beliefs, but only a few that are specifically Catholic. He didn’t call on the crowd there to mock Christians or even Catholics, but Catholic ideas instead.

The difference matters — and it matters for crucial biblical reasons of which Dawkins has absolutely no idea. Not that I want to set him up as better than he is. He might have misspoken himself. Maybe he really meant to tell the crowd they should mock, scorn and ridicule all Christians. There was plenty of that kind of mockery going on there, under his leadership of the even. A friend and I ran into another atheist leader, at the time a good friend and virtually a colleague of Dawkins’s. He asked us (no kidding), “Are the atheists here ridiculing you?” Then he added, “They should be.”

So Dawkins is no shining example, and I certainly don’t support his call to mock Catholic theology. Still the event illustrates how easily one piece of advice can morph into another; how “mock their ideas” can turn into “mock them.”

You say the difference is subtle? Sure enough. I agree. Read on.

The Woke ideas that John Zmirak takes aim at in his “Racist … Or Something™” column deserve all the mockery he can muster. They’re laughable — so why not laugh? Sure, there’s nothing funny about deadly ideas that destroy people. But maybe if we could get the world laughing with us, maybe the left would get properly embarrassed and let go of the inanity.

But we have to remember these ideas are deadly. Destructive. Worthless. Irredeemable. The best thing that could happen to them is to die an ignominious death.

And that’s where ideas differ from people. Richard Dawkins wouldn’t know this, but Christians do: Some ideas come from the pit of hell; every human comes bearing the image of God.

Do you see the difference? Some people are deadly — they carry death with them — and some are literally evil. Still there is no one who is worthless. Every single person on the planet carries the image of God. God loves everyone; everyone carries equal worth in His eyes. That includes the evil among us — which (by the way) includes you and me, apart from and prior to experiencing His redemption.

Ideas may be worthless; people never are. Ideas may be irredeemable; people are… well, I suppose God may say that some of them are irredeemable, but you and I don’t know that, so the only right thing to do is to pray and hope that no one, not even the worst of us, is beyond redemption.

So now I’m ready to circle back toward the whole idea of mocking and scorning. This is the hard part. I can talk about it easily enough, but there’s nothing easy about living it out.

Don’t You Dare Think This is Easy

The first hard part is that it’s beastly difficult to separate an individual from his or her ideas. Gays get great mileage out of telling us it’s full-on impossible; that disagreeing with a person’s views equals hating the person. They’re wrong. Sometimes a good healthy disagreement is a sign of respect: It shows you think highly enough of that person to trust them to be able to handle a contrary view.

Still, things can get awfully confused in a hurry. So first, of all, over-communicate. Make it doubly — no, triply — clear that whatever contempt you’re expressing, it’s for the bad idea, not for the person who’s holding it. The short form — which doesn’t necessarily work well in real conversation, but should give you the idea, anyway — is, “I hold you in high regard as a fellow human being created in God’s image. That idea you just stated, though? Mind if I show you just how awful it is?”

Some ideas come from the pit of hell; every human comes bearing the image of God.

Treat the person doubly well, to show God’s love for them — though you need show no love for their wrong ideas.

Some of them won’t get the difference. They’ll still say, “You show contempt for my ideology, then you’re showing me contempt as a person, too.” You can’t always solve that one. Try to communicate the truth, and if it doesn’t get through, just live with it. You’ve done your part; the rest is their problem, not yours.

That was the first hard part. The second is even harder.

Some ideas are worth all the mockery and scorn you could heap on them. They’re that bad. John’s advice was essentially to use scorn as strategy. He brought up the power of laughter to undermine people’s beliefs. It’s good advice. It works. It can even be good for you! More than once someone has criticized me falsely — I’m talking obviously false criticism — and I’ve taken it seriously and gotten angry over it, when the right answer would have been to fall on the floor laughing instead.

So mockery isn’t necessarily a bad strategy. If we start making too much a sport of it, though, it’s no longer good for us. We’re liable to slide into doing it for the kick we get out of it. It might even lead us to start looking for other things to heap scorn on. Enough of that, and we could find ourselves heading down the slope toward being the mockers and scoffers the book of Proverbs warns against.

Know Your Core, and Hold Firm To It

Now, I know John Zmirak, and he doesn’t make these kinds of mistakes. The reason he mocks stupid, evil, bad ideas is because he’s seriously trying to defeat them — and these ideas deserve everything he dishes out on them.

I know myself, too, though, and I know how easy it is to slide from one mockery to another. It’s a spiritual danger that I face, and do not want to fall into. There’s a way to get this right, though. How shall I put it, though? Let’s try this: If you want to use mockery like John Zmirak, then you’d better be like John Zmirak.

Specifically, you need to do what he’s done: Develop the right core. Hold firm to it. It doesn’t take much. Just, you know, a lifelong, persistent, hard-core commitment to being a student, a lover of truth. It takes dogged determination to discern what’s good and true, so you know what isn’t. It requires wisdom earned through serious study, lots of time listening to wise people, and even the experience that comes from making mistakes along the way. And it probably doesn’t hurt having beagles in your home, too. (I grew up with beagles, too, so I’ve at least got a chance at it.)

John has a long history of that. If you don’t, then at least, like John, be a lover of God, of truth, and of people. Let your love shine through no matter what you say. Then, when you encounter ideas that attack God or harm people, hold firm to your core. Hold firm to truth. Mock the ideas, but love the people. It’s hard, I know. Sometimes, though, there’s a place for laughing at a bad idea. Just be Christlike. He absolutely hated some ideas, but He absolutely loved every person.