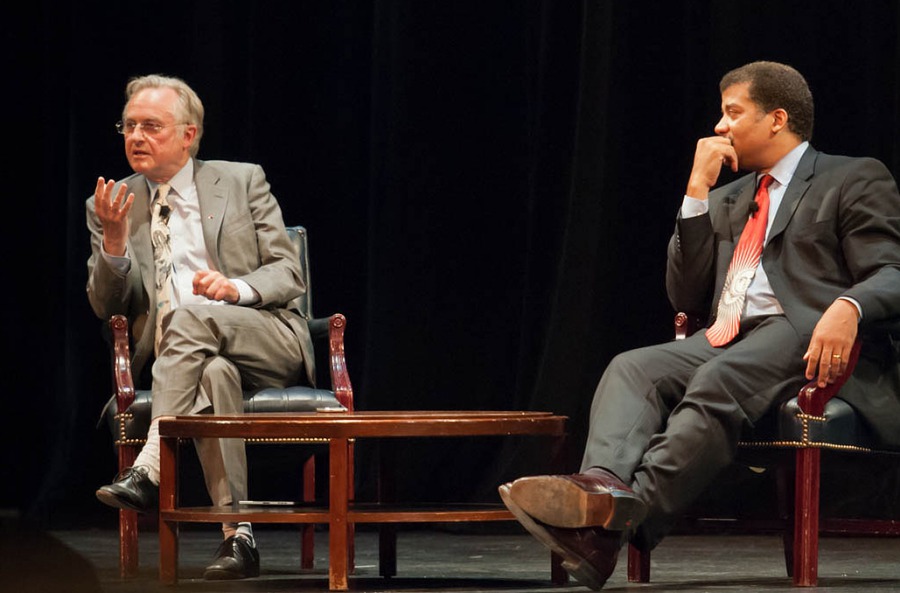 Richard Dawkins is the last person I’d expect to start realizing the value of Christianity. He’s probably the most famous atheist in the world and he’s downright devout in his views. Totalitarian, in fact.

Back in 2015, he even told the Irish Times that children need to be “protected” from the religious beliefs of their parents. “There is a balancing act and you have to balance the rights of parents and the rights of children, and I think the balance has swung too far towards parents,” he mused. “Children do need to be protected so that they can have a proper education and not be indoctrinated in whatever religion their parents happen to have been brought up in.”

As for those who value the Scriptures above all? “You have to write off those people,” he advised.

As an atheist, Dawkins is also willing to say morally horrifying things. He would disagree with that characterization, because he doesn’t believe in objective morality. The Heavens are empty. There is nobody to judge Dawkins but Dawkins. And so when a Twitter follower asked him what someone should do if their pre-born child had Down syndrome, he was practical. “Abort it and try again,” he advised. “It would be immoral to bring it into the world if you have the choice.”

By “it” Dawkins meant the child with Down syndrome. Disability activists were outraged. Parents of the children Dawkins sees as fodder for the abortionist were furious. Dawkins “apologized” by doubling down. “If your morality is based, as mine is, on a desire to increase the sum of happiness and reduce human suffering,” he wrote, “the decision to deliberately give birth to a Down’s baby, when you have the choice to abort it early in the pregnancy, might actually be immoral from the point of view of the child’s own welfare.”

Nearly 99% of people with Down syndrome report being extremely happy. 97% like who they are. 96% like how they look. Dawkins’ ableism says much more about him than them. But this isn’t surprising from the man who, the year before, had tweeted that the baby in the womb was human — but it didn’t matter. “With respect to those meanings of ‘human’ that are relevant to the morality of abortion,” he stated, “any fetus is less human than an adult pig.”

And then, of course, there’s his weird habit of musing on whether we’ll get over our moral hang-ups about cannibalism. If God doesn’t exist and we aren’t created in His image, what’s wrong with human steaks? Dawkins can’t answer that question.

That’s why Richard Dawkins is the last person I’d expect to start realizing the value of Christianity. And yet, he has begun to sing a different tune.

On March 21, 2018, for example, the atheist who proposed “protecting” children from Christianity tweeted out a report from The Guardian. The report detailed the collapse of Christianity in Great Britain. Among other things, it noted that almost 70% between ages 16 and 29 subscribe to no religion.

Dawkins’ dream is being realized. Christianity is dying. I doubt even he expected to be one of the mourners.

But his tweet accompanying this report indicates that he is seeing his success as a curse. “Before we rejoice at the death throes of the relatively benign Christian religion,” he noted, “let’s not forget Hilaire Belloc’s menacing rhyme: ‘Always keep a-hold of nurse, For fear of finding something worse.’” In fact, he said, “There are no Christians, as far as I know, blowing up buildings. I am not aware of any Christian suicide bombers. I am not aware of any major Christian denomination that believes the penalty for apostasy is death.”

Last year, Dawkins went even further. He told The Times that ending religion — once his fervent goal — would be a terrible idea. Why? Because it would “give people a license to do really bad things.” Citing the example of security cameras as a deterrent to shoplifting, he made what must have been a painful admission: “People may feel free to do bad things because they feel God is no longer watching them.”

Not just shoplifting, either, if you think about it.

He touched on the same theme in his recent book Outgrowing God. “Whether irrational or not, it does, unfortunately, seem plausible that, if somebody sincerely believes God is watching his every move, he might be more likely to be good,” he confessed begrudgingly. “I must say that I hate that idea. I want to believe that humans are better than that. I’d like to believe I’m honest whether anyone is watching or not.”

In short? Dawkins doesn’t believe in God, but he does recognize that other people believing in God may have objective benefits for society. For example, he grumbled, “It might bring the crime right down.”

As I noted in a previous column for The Stream, many once-virulent atheists appear to be changing their tune. Dawkins does not believe in God, but may finally be beginning to understand why Christianity is so important. Without God, civilization cannot thrive.

Now, even world’s most famous atheist Richard Dawkins is worried about what that godless world might look like — and who might take God’s place should He decide to leave.