If Something Irritates You, It Must Be Racist … Or Something™ 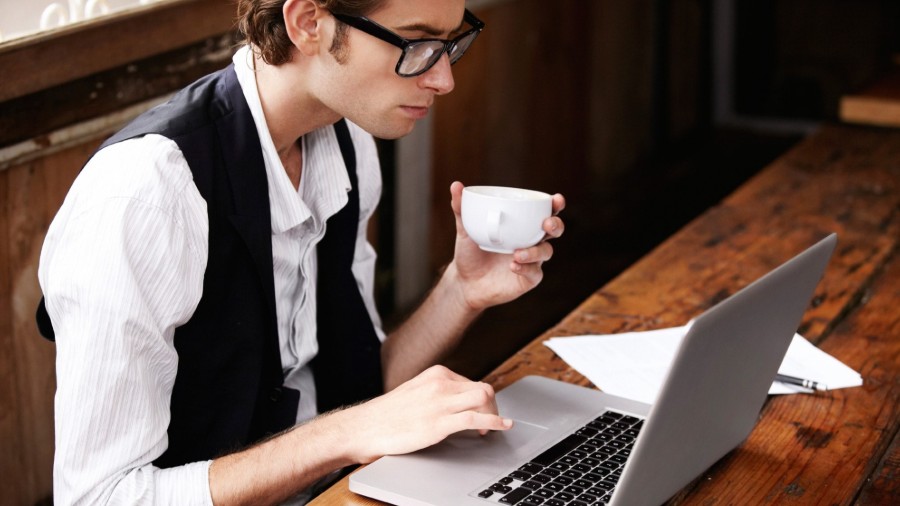 America’s going through a Great Awakening today. Millions are seeing their hearts transformed, their lives turned upside down, their souls convicted of sin … .

Sadly, they’re wrong. Wasting their time. The faith they’re embracing is false, and won’t redeem them. And it’s irredeemably stupid. That’s my personal beef with the Woke creed of Darwinian materialist Anti-Racism. It’s so dumb you can’t argue with it, because the people who hold to it have shut down the relevant regions of their brains, pulled out the plug, and switched off the circuit breaker. Using reason among the Woke is like handing blind kids printed tracts explaining the benefits of Braille. It might make you feel good, but it doesn’t help them.

Wokeness is just that stupid. It’s Tom-Cruise-your-soul-was-planted-on-earth-in-volcanoes-by-the-evil-space-lord-Xenu-stupid. It’s NeverTrump-vote-for-a-Democrat-Congress-stupid. But that hasn’t stopped the Woke cult, any more than the same flaw stopped Scientology, or the career of William Kristol.

Washed in the Bile

Humor exerts a force where reason finds itself helpless. I was inspired to write my Bad Catholics series of humorous doctrinal books by observing the power of laughter to undermine people’s faith. George Carlin’s routines mocking religion did far more than thousands of earnest atheist tracts. So why not use humor to skewer unbelief, false beliefs, and crass secular stereotypes?

So instead of flailing around employing facts, reason or history to reach the minds of the Woke, I suggest you reach out to their hearts. Each of us, in his own way, can step out of his comfort zone and offer Woke folks the healing power of Scorn. Reach down (I know you can do this!) and find that bitter, sarcastic place inside each one of us. If you’re me, it’s the place that snickers as you watch Tonya Harding on World’s Dumbest Outlaws each night before going to sleep. Summon and share your Scorn. Witness to it with others, until those Woke folks too are snowy-white, washed in the Bile.

Wait, isn’t that phrase I just used … Racist-or-Something™? I mean, sure. We all know that imagery of spotless white lambs comes straight from scriptures of swarthy, desert-tanned Jews. It was only hijacked by ignorant People of Pallor many long centuries later. But the Woke folks warn us that petty considerations like that don’t exempt a phrase out of ancient Hebrew prophecy from the taint of modern sin.

Because Racism™ doesn’t depend on whether you had a racist intent. It doesn’t ask whether you hold false, anti-biblical beliefs about the inequality of the races. Or if you treasure ill-will, or baseless negative stereotypes concerning people because of their color. Racism™ isn’t what Rev. Martin Luther, Jr., or even Frederick Douglass thought it was: an un-Christian set of beliefs and actions. Instead it’s what Marxist theorists like the founders of Black Lives Matter (LLC) assert: It’s bias plus privilege and power.

You have to be the top dog to ever be guilty of racism. So if you’re a poor black American who hates Korean store-owners? That’s not Racism™, since they own a convenience store and you don’t. If you follow Louis Farrakhan and say “I’m not an anti-Semite, I’m anti-Termite”? Nope. On average Jews have more money and privilege than you do. So your conscience is clear.

I won’t try to prove that Xenu didn’t plant my soul in a volcano millions of years ago. Or that Racism™ is an incoherent pile of politicized bat guano.

So Hutu extremists planning to rise up and murder the Tutsis in Rwanda, calling them “cockroaches” who needed to be exterminated? They weren’t really Racists™, because the Hutus were still the underdogs at the moment, having less money and power than the Tutsis. It was only after the revolution, when the Tutsis were weak and terrified, fleeing for nearby countries, that Hutu hatred met the conditions for Racism™.

Is all this making sense yet? I hope not, because it’s gibberish. But wait, it gets worse. If you do happen to belong to a group which in general has power and privilege in a given place and time, Racism™ is almost impossible to avoid. It’s a kind of Original Sin, attached to anyone in the group, regardless of his intentions, wishes, or deeds. By being white in a (still for now) white majority country, every unemployed coal miner or traumatized Vietnam vet partakes in White Privilege, and is the beneficiary and practitioner (by virtue of living) of white Racism™. That’s the message of the best-selling idiot book White Fragility, which mostly white diversity trainers are charging companies thousands to stuff down their employees’ bodily orifices.

Any policy, law, historical practice, economic system, idea, character virtue, religious teaching, or law of physics that can be said to have a “disparate impact” on non-whites and whites? That’s definitely Racist™. Even if the intent was clearly, provably innocent, it doesn’t matter.

If anything affects whites and non-whites differently, it’s Racist™. With just one exception: The Sexual Revolution. That’s not racist at all, no matter the disparate impact of abortion, illegitimacy, and the welfare state on poor people, especially black people. Those things can’t be Racist™, and neither can Planned Parenthood, even though it was founded and run for decades by white supremacists. Are we clear on all of this?

As I said, you can’t argue with stark, raving nonsense. I won’t try to prove that Xenu didn’t plant my soul in a volcano millions of years ago. Or that Racism™ is an incoherent pile of politicized bat guano. Instead I will mock it, and urge you to as well. The left is trying to set up an entire official religion, with all the pieties, rituals, and taboos any cult of Caesar requires. As you read this, it’s rising and growing and attacking American cities, like the Stay-Puf Marshmallow Man at the end of Ghostbusters.

Your Pet Peeves Are Probably Racist™ Too

While it’s still legal, we should laugh at it and get everyone else laughing too. Even as academics wring their uncalloused, tenured hands about whether mathematics, grammar, and classical music might be Racist™, we need to drive the Gadarene swine further down their own slippery slope. Start referring to anything and everything that bothers you as “Racist … Or Something™.” I’ve added the “or something” to suggest the laser precision of leftist moral judgments. There’s a small chance, perhaps, that electromagnetism might not be racist, but rather sexist. Human biology is absolutely both trans- and homo-phobic. So leave a little room for that, just in case.

So what’s on my list of things that are Racist … Or Something™? Just off the top of my head:

There’s plenty of room here for your pet peeves. Please share them on social media. Anything at all that frustrates or gets you down, it’s #Racistorsomething™. Come on people, let’s share the Scorn.