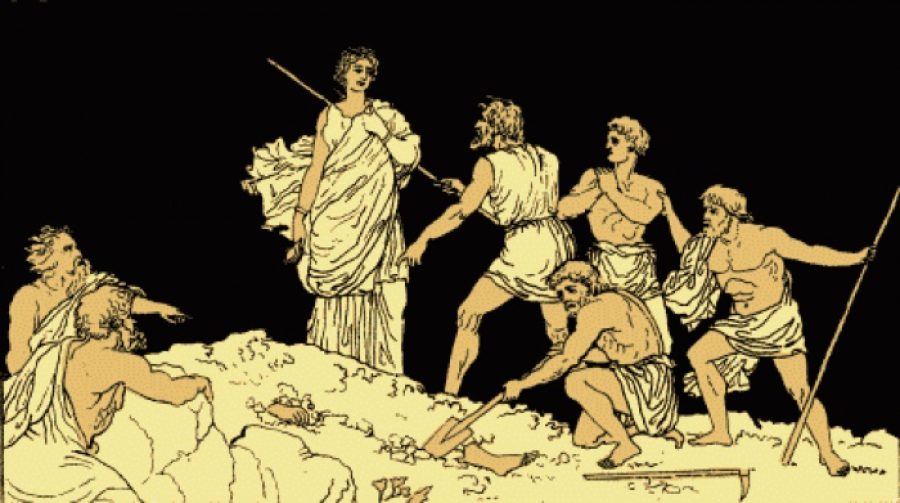 New York Mayor Bill de Blasio is having a rough spring. First, he spent all of February and most of March minimizing the Wuhan Virus threat. Visiting Chinatown for Lunar New Year, and telling New Yorkers they had nothing to worry about. Visiting his gym a week after most were avoiding it, and hours before the city locked them all down.

Then de Blasio turned on a dime into the biggest quarantine hawk in the country. Infamously, he singled out churches and synagogues (not mosques) to threaten them with seizure of their property by the city if they opened against his will. To help contain the virus, he said.

Then De Blasio offered a moveable feast for Muslims (and no one else). As Stream contributor Tim Furnish wrote:

De Blasio “announced that the city will provide free halal meals to Muslims in need during the celebration of Ramadan.” That might be as many as 500,000 meals. Ramadan, the Muslim month of fasting from dawn to dusk, began April 23. That’s the same day the Mayor announced his Muhammadan meals-on-wheels policy. Halal food is that acceptable to Islamic law and dietary preferences.

De Blasio set up a city “snitch” line so people could report their neighbors for not obeying his rules. One Youtube headline sums up how New Yorkers responded: “De Blasio’s social distancing tip line flooded with penis photos, Hitler memes.”

Now De Blasio’s catching all kinds of flak for singling out Jews for criticism and threats. (Some orthodox and Hasidic Jews have been slow to social distance.) He tweeted recently:

My message to the Jewish community, and all communities, is this simple: the time for warnings has passed. I have instructed the NYPD to proceed immediately to summons or even arrest those who gather in large groups. This is about stopping this disease and saving lives. Period.

The response was swift and savage. It started with witty Tweets:

I’m only a little Jewish, but I’m Jewish enough to tell you you that this little goyishe shmendrik can stick his fakakta mishugas up his fat tukhus. https://t.co/zAzVjoNbE5

Outrage quickly escalated, culminating in a hilarious Hitler-in-the-bunker parody (don’t miss it). De Blasio issued a statement framed as an apology, but in fact he doubled down. As the Jewish News Syndicate reports:

New York City Mayor Bill de Blasio apologized on Wednesday for his response to a large gathering for a Jewish funeral that took place the night before in the Williamsburg neighborhood of Brooklyn, N.Y., where a large Satmar community resides. He did, however, defend his “tough love” stance on enforcing social-distancing orders during the coronavirus pandemic.

A Petty Tyrant in a Great City

We’re not quite sure it’s fair to compare Mayor de Blasio to Hitler. Yes, he’s a petty dictator who’s quick to attack the Jews. But he also targets Christians, and spent part of his 20s volunteering for the Marxist Sandinistas who persecuted churches. His lefty Islamophilia aside, de Blasio seems more like an equal opportunity irreligious authoritarian. And that sort of tyrant has been with us since long before the Third Reich. In fact, since before Christ walked the earth. We see such a figure in Creon, the antagonist in one of the greatest Greek tragedies, Antigone.

We included a section on that play in our book, The Race to Save Our Century. It was recently excerpted by apologetics writer Denise McCallister in her terrific new Christian resource site Romans One. In case you forgot Antigone, its central conflict turns on the same issue as de Blasio’s rant against Jews. That is, a religious funeral, which the government wants to prevent.

[T]he realization that positive laws must accord with (or bow to) the laws of heaven goes all the way back to the roots of Western culture — to Classical Greece. Sophocles put this awareness of a transcendent law in the mouth of Antigone, who sacrifices her life to disobey King Creon’s unjust edict. In the play, her brother, Polyneices, committed treason by attacking the city of Thebes, and died in battle. Creon decides to impose on Polyneices the ultimate punishment — to deny his soul rest in the underworld by refusing him proper burial. His body is left to the dogs and crows, and the death penalty is promised for anyone who dares to inter him.

Antigone confronts the king, whose power is theoretically absolute, and insists that his laws are subject to an extralegal arbiter, the laws of the gods. … She tells Creon that she defied his decree because it’s “not a law decreed by Zeus, nor by Zeus’ daughter, Justice, who rules with the gods of the Underworld. Nor do I believe that your decrees have the power to override those unwritten and immutable laws decreed by the gods.”

“These are laws which were decreed neither yesterday nor today but from a time when no man saw their birth; they are eternal! How could I be afraid to disobey laws decreed by any man when I know that I’d have to answer to the gods below if I had disobeyed the laws written by the gods, after I died?”

Faith in the Next World Means Freedom in This One

That’s the only answer, finally, to secular tyrannies. For the most part, the only people who’ll face down retribution in this world endured for the sake of justice, are those who believe in eternal rewards. And punishments. Again, from our book:

[A] government that sought to override the precepts of the moral law [today] would cite not the will of the monarch but of the majority, claiming that “the American public demands” and that “only extremists and fundamentalists oppose” a proposed course of action. Creon also argues from expediency, from the necessity for the safety of the city to set an appalling example of a traitor’s ultimate fate. In other words, Creon defends his actions in terms that would recur throughout history whenever legal regimes attempt to override the fundamental precepts of the timeless moral order.

Antigone does not enter the dispute on Creon’s terms. She asserts that he simply lacks the jurisdiction to make decisions that affect a man’s eternal destiny. Such choices are supra-political, and immune to even the absolute power of the man who ruled an ancient polis. The dead have an absolute right to burial, which no human ruler can revoke.

Nor can they revoke the right to life. Nor to make a living, work, or pray.