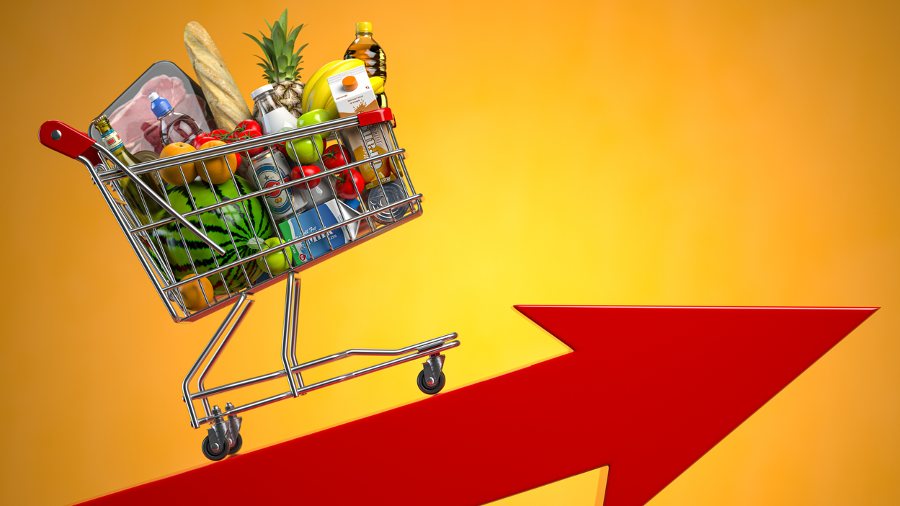 Going food shopping feels like getting punched in the gut. You pick up a whole roasting chicken, hoping it will feed four, and see the price: over $10 in many New York area stores — a staggering $18 if the bird’s organic. Apples are close to $3 a pound. And forget buying a steak; you might have to take out a mortgage.

The Biden administration’s woke policies are to blame for food-flation, making your trip to the supermarket sheer agony. President Joe Biden is prioritizing climate preservation over your ability to feed your family affordably.

You can vote smart, too. There’s a direct relationship between who governs in Washington and what you’re paying at the checkout.

His policies are driving up the costs of fertilizer, energy, and farm-to-store transportation — add to that overall inflation driven by excessive federal government spending. The result is sky-high food prices.

No Relief in Sight — But Phony Excuses Abound

There’s no relief in sight. You can expect record-breaking food-flation through the rest of 2022, according to Bank of America market analysts.

On Tuesday, Biden spoke to the nation on what he billed as his plan to remedy inflation. But in fact, he just repeated the same list of unsubstantiated excuses for why prices keep rising.

The president’s media cheerleaders have been covering up the actual causes. Washington Post columnist Heather Long announced Sunday that Americans are entering a “new age of scarcity” when “a lot of everyday life remains out of control,” as if food-flation is as inevitable as lunar eclipses. Wrong.

It Doesn’t Have to Be This Way

Biden’s damaging policies can be reversed.

Start with fertilizers and pesticides, which are costing American farmers 50% more than just a year ago. Chemical fertilizers are made largely from natural gas.

Biden’s war on fossil fuels pushed up the cost of fertilizer before Vladimir Putin invaded Ukraine. True, Russia is a fertilizer producer, but the war in Ukraine is merely making a self-imposed problem worse.

Reducing fertilizer costs is critical to making fruits and vegetables affordable but also meat. Feed prices for livestock and poultry went up 12.7% last year, largely because of soaring fertilizer prices. If feeding beef cattle costs less, steaks will, too.

Energy inflation drives up food prices in another way. Shipping goods within the U.S. costs nearly 25% more than a year ago, according to St. Louis Federal Reserve data, thanks to the trucker shortage but also fuel prices.

Doubling Down on Climate Extremism

You’d think Biden would be bending over backward to tackle the food price crisis. Instead, he’s doubling down on climate extremism. Food shoppers be damned.

Not all the factors pushing up food prices are within Biden’s control. Avian flu is ravaging poultry and egg producers. Drought is curbing production in California. Putin’s war is diminishing wheat production in Ukraine. But Biden has the power to tame food-flation by standing up to the climate extremists in his own party.

He should also curb overall inflation by calling for tight monetary policy (the Federal Reserve’s job) and halting out-of-control federal spending, including shelving even a pared down Build Back Better.

Sadly, the president offered none of these remedies in Tuesday’s speech.

What can average Americans do? Shop smart. Those precooked supermarket chickens are loss leaders — a bargain designed to lure you into the store. They actually cost less than uncooked chicken, though they tend to be smaller.

You can vote smart, too. There’s a direct relationship between who governs in Washington and what you’re paying at the checkout.

Biden must be channeling Marie Antoinette, who dismissed public anguish over the price of bread by saying, “Let them eat cake.”