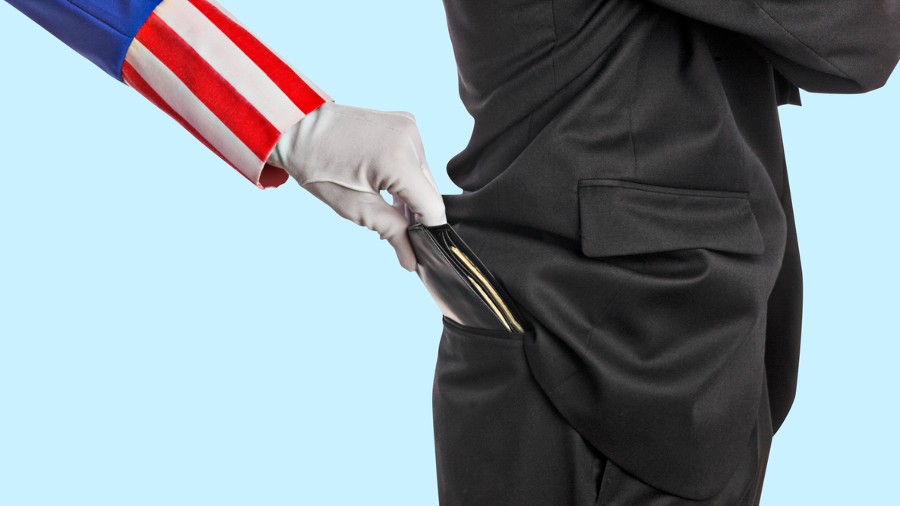 He also claimed that there was no inflation in July, just because for once inflation didn’t increase from the previous month, mostly because of a drop in gas prices that’s largely due to draining our strategic petroleum reserve and prices being so high that most people curtailed their driving. (They’re still about a dollar higher per gallon than when Biden took office, though.)

However, in response to the news, stock prices took another plunge as Biden’s own Labor Department undercut his economic fairy tales by reporting that inflation rose more than expected in August. The consumer price index rose 8.3% from one year ago and 0.1% from the previous month. Economists had predicted an 8.1% yearly rise and a monthly price decline of 0.1%. Gas prices are down, but food prices continue to rise. Grocery prices were up 0.7% just since July, and restaurant prices rose 0.9% from the previous month.

Biden’s own Labor Department undercut his economic fairy tales by reporting that inflation rose more than expected in August.

With perfect timing, Biden had planned to use today to stage a victory lap for passing the Dems’ ironically named “Inflation Reduction Act,” which doesn’t reduce inflation at all but does put hundreds of billions of dollars in their green cronies’ pockets and hire 87,000 new IRS auditors to shake it out of our pockets.

The fact is that any job “growth” that Biden is patting himself on the back for came from either reopening the artificially shut-down economy or the boom in red states that are defying his policies. Imagine what the economic numbers would look like if they only took blue states into account!

Related: A new survey by the Job Creators Network Foundation found that 57% of small business owners believe we are already in a recession. Only 30% rate the economy as good or excellent. And 70% oppose adding 87,000 more IRS agents, because they know they’re not just going to target billionaires; they’ll be going after small businesses.