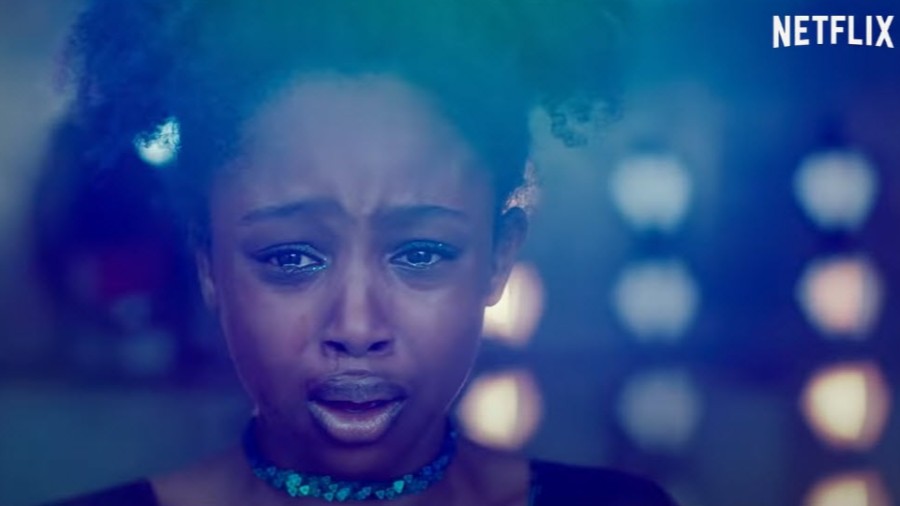 "What will viewers discover when they watch the movie? They will see with their own eyes the sexual exploitation of little girls."

The Babylon Bee headline is satirical, but, based on the logic of Netflix, it might as well be true: “New Netflix Movie Actually Murders Puppies To Teach That Murdering Puppies Is Bad.” Or, to move from satire to reality and create our own headline, “New Netflix Movie Actually Exploits Young Girls Sexually To Teach That Sexually Exploiting Young Girls Is Wrong.”

Yes, in order to defend the indefensible, Netlix has argued that, “Cuties is a social commentary against the sexualization of young children. It’s an award-winning film and a powerful story about the pressure young girls face on social media and from society more generally growing up — and we’d encourage anyone who cares about these important issues to watch the movie.”

And what will viewers discover when they watch the movie? They will see with their own eyes the sexual exploitation of little girls.

You can read for yourself just how vulgar, explicit, and degrading some of the scenes are (see here and here and here for vivid examples — if you can stomach them). I find it too distasteful even to print the detailed descriptions here, let alone imagine casting little girls to film these scenes — scenes which will be watched by millions of people. How can this be justified? And can you imagine your own daughters or granddaughters cast in these roles?

We understand that the movie ultimately speaks against the sexual exploitation of children. But, to repeat, you do not exploit those very children to make your point.

We understand that the movie ultimately speaks against the sexual exploitation of children. But, to repeat, you do not exploit those very children to make your point.

In the Babylon Bee’s satirical story (which has gone viral, for good reason):

Netflix is embroiled in controversy yet again with its new documentary Puppy Murder, a show where the director kills puppies to teach you that murdering puppies is bad.

The movie is just two hours of puppies being brutally murdered onscreen, sending a powerful message to the viewer about just how bad puppy murder is. From getting shot and stabbed to being run over with a steamroller and the inspiring climactic scene where a puppy is dropped into a volcano, the movie unequivocally and powerfully shows the brutal reality of puppy murder.

As for those who have a problem with Puppy Murder, they are described as “‘triggered conservatives’ and ‘scandal-mongers’ since they obviously just didn’t get the message of the film, which very clearly teaches that puppy murder is bad.”

People Who Are Grieved Over Cuties are Apparently “Pedophile Obsessed”

But once again, the Babylon Bee’s biting satire is too true to be funny, as evidenced by an op-ed by Sam Thielman on NBC News. In it, he claims that, “Criticism of Netflix’s ‘Cuties’ isn’t about the movie. It’s a cynical ploy in the culture war.” (To repeat: This was printed on NBC News rather than on a satirical site. The same holds true for the quotes that follow. I am not taking them out of context or twisting them at all. This is from NBC News.)

Thielman describes “Cuties” as a “sweet-spirited French coming-of-age drama” while characterizing controversy over the movie as “what may be the single dumbest battle of the culture wars.” (He also tells us the film is “very funny” and “very witty.”)

As for those who openly oppose “Cuties,” Thielman calls them “the pedophile-obsessed American right, driven by QAnon.”

Yes, you are the ones with the problem.

Not the directors and producers and screenwriters. Not the dance instructors and costume designers. Not the parents of the little girls who allegedly brought their children by the hundreds to audition.

No, it is you are obsessed and perverted. (All of this reminds me of Isaiah 5:20: “Woe to those who call evil good and good evil, who put darkness for light and light for darkness, who put bitter for sweet and sweet for bitter!”)

Thielman: Cuties “Does Not ‘Sexualize’ Its Characters.” Really?

And so, in condescending terms, Thielman must lecture us ignorant, pathetic moral conservatives:

It is, annoyingly, important to state plainly that ‘Cuties’ does not portray child abuse, it does not glorify or countenance pedophilia in any way, and it does not “sexualize” its characters — which is, to put it plainly, a favorite description of people so disturbed by their own reaction to a piece of art that they have to quickly plant the blame for that reaction on the artist before anyone notices. Doucouré’s movie is about platonic relationships between women and girls; there is no sexuality to be had anywhere in this movie, which makes the outrage over it seem all the more extraterrestrial.

Go back and read the descriptions of some of the movie’s most graphic scenes, linked above, or watch some of the clips that have been released online, and then read Thielman’s paragraph once more. There is no sexualizing of these little girls? Really?

I’m quite aware of the QAnon conspiracy theories (a colleague of mine is about to release the first definitive exposé of QAnon). And I know that sometimes, our moral indignation can be shallow or even hypocritical.

But there’s a reason that “Rep. Ken Buck, R-Colo., sent a letter to the Department of Justice on Monday raising concerns about Netflix‘s new film ‘Cuties.’”