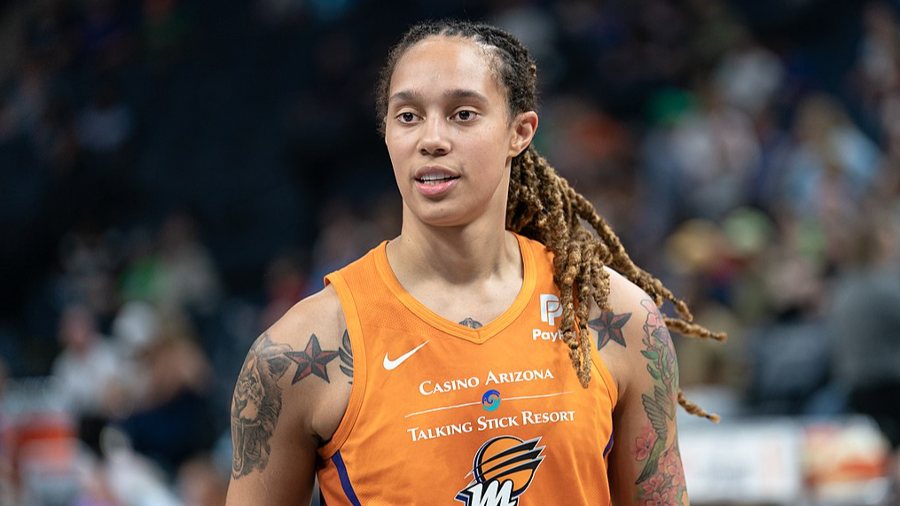 Her bag contained less than 1 gram of oil, according to CNN.

“Today, American citizen Brittney Griner received a prison sentence that is one more reminder of what the world already knew: Russia is wrongfully detaining Brittney,” President Joe Biden said in a statement following the verdict. “It’s unacceptable, and I call on Russia to release her immediately so she can be with her wife, loved ones, friends, and teammates. My administration will continue to work tirelessly and pursue every possible avenue to bring Brittney and Paul Whelan home safely as soon as possible.”

Thinking of BG and how much light she relentlessly brought to everyone around her. Even after sentencing is complete I hope @POTUS & @WhiteHouse will continue to do everything in their power to bring Brittney Griner & all other Americans detained abroad home

Griner, though a star in the WNBA, plays overseas during the WNBA’s offseason, according to NPR.

“I want to apologize to my teammates, my club, my fans, and the city of [Yekaterinburg] for my mistake that I made and the embarrassment that I brought on them,” Griner said, according to The Associated Press, Thursday. “I want to also apologize to my parents, my siblings, the Phoenix Mercury organization back at home, the amazing women of the WNBA, and my amazing spouse back at home.”

Throughout the case, Griner repeatedly maintained that she did not intend to violate the law and that she was looking forward to playing with her Russian teammates, according to NPR. Her defense highlighted the fact that she has a medical marijuana card in Arizona, NPR reported.

“I made an honest mistake and I hope that in your ruling that it doesn’t end my life here,” Griner told the court, according to NPR. Griner referred to Russia as her “second home,” and that she wanted to “win championships and make [my Russian teammates] proud.”

Defense attorney Alexander Boykov noted that Griner was a well-respected member of the Yekaterinburg community and held in high regard by her teammates, the AP reported. Defense attorney Maria Blagovolina highlighted Griner’s lack of criminal record and her role as an ambassador of basketball in Russia, according to the AP.

Last week, Secretary of State Antony Blinken made contact with Russian Foreign Minister Sergey Lavrov, offering a prisoner exchange, where Griner and fellow American Paul Whelan (imprisoned in Russia on espionage charges), would be traded for Russian arms dealer Viktor Bout, according to the AP.

Doesn’t Our Government Also Bear Some Responsibility Regarding the Russia-Ukraine War? Part 2