With Power and Money at Stake, Legal Guardianship Industry Thrives on Elder Abuse 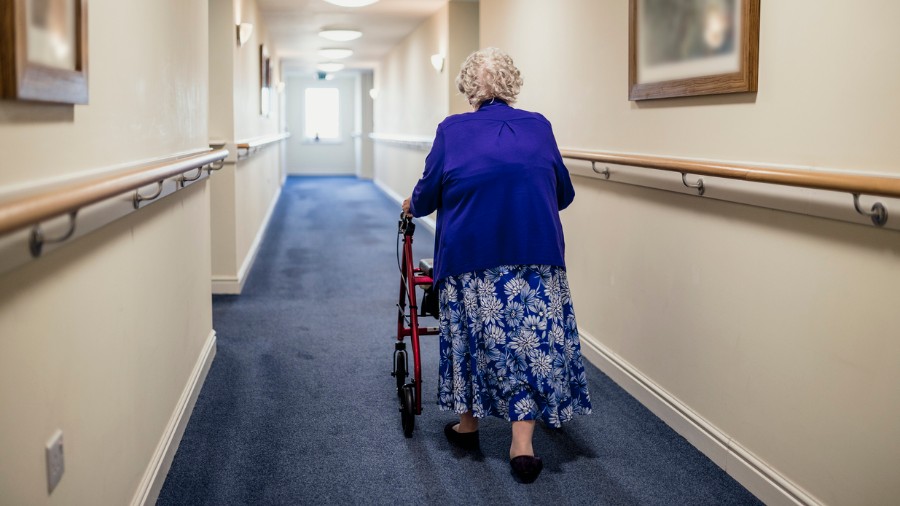 Mudslinging and character assassination is an expected part of politics. It’s what you signed up for. Running for public office means opening yourself up to intrusive probings into your personal life, hit jobs from political reporters, and even attacks on your close friends and family members.

These types of dirty tricks, common in politics should be nowhere near our legal guardianship systems. Unfortunately, that is not the case. The legal system is supposed to provide a refuge of justice and protection for the innocent and the abused. It should never be used as a weapon to steal an unsuspecting person from their hard-earned possessions as well as their dignity.

The Price of “Protection”

Jan Garwood, 70, of Longwood, FL, was deemed to be incapacitated and placed under guardianship after being injured in an automobile accident while grieving the death of her son. She soon found herself an “inmate” at a locked-down memory care unit called the Palms of Longwood Assisted Living Facility in Seminole County.

Unsure where to turn for help, Garwood used a cell phone smuggled into the facility by a family member to post a plea for help on social media. Garwood contacted WFTS ABC Action News I-Team, via Facebook, after watching their series on Florida’s broken guardianship system — The Price of Protection.

Hillary Hogue, a guardian reform advocate, also heard Garwood’s call for help. Hogue visited Garwood at the Longwood memory care facility and did not feel she medically belonged there. Hogue then put Garwood in touch with attorney Vitto Roppo.

Roppo worked with Garwood’s attorney of record to file a motion requesting Garwood’s capacity be re-examined. The judge agreed to the motion and following a doctor’s evaluation, Garwood was released from the control of the guardian.

When power and money are at stake, it’s no surprise unscrupulous people will resort to dirty tricks and intimidation.

For his efforts, Roppo was threatened by the attorney representing Garwood’s guardian. In a letter, Roppo was put on notice he would face a Motion for Sanctions upon denial of his motion seeking a new medical evaluation for Garwood. Roppo was advised to “Govern yourself accordingly,” a phrase often included at the close of a legal correspondence intended to bully or intimidate the recipient.

Although vindicated and free, Garwood’s ordeal was not over. While under her control, the guardian sold Garwood’s home, below market value, directly to an employee of the Palms of Longwood. The guardian also placed all of Garwood’s belongings, valued at $300,000, in storage; however, the guardian is unable, or unwilling, to tell her the location of her property.

As the saying goes, “Once is happenstance.”

Consider the case of Joann Bashinsky, a beloved Alabama philanthropist with an estate estimated to be worth $200 million. Bashinsky was placed under Emergency Guardianship after two of her employees, John McKleroy and Patty Towsend, petitioned the probate court claiming she had dementia and was unable to manage her finances. At the same time the Emergency and Permanent Petitions for Guardianship were being filed, Mrs. Bashinsky was terminating their employment for ignoring and undermining her directives.

In a miscarriage of justice, a Jefferson County, AL Probate Court judge deemed Bashinsky had dementia and appointed a close associate of the ex-employees as guardian. Mrs. Bashinsky’s family and friends came to her aid and helped her fight back. In the summer of 2020, the Alabama Supreme Court (ALSC) vacated the guardianship, stating, “Ms. Bashinsky’s constitutional and statutory rights of due process” were violated by the probate judge when she was deprived of counsel and prevented from presenting evidence she was not incapacitated.

A strong rebuke by the Alabama Supreme Court has not persuaded the petitioners and Guardian Greg Hawley to remove their claws from Mrs. Bashinsky’s estate. The ALSC only ruled on the emergency petition, as the permanent petition had yet to be heard by the probate court. There was still a chance the ex-employees could see the permanent petition for guardianship enforced.

The legal battle took its toll on Mrs, Bashinsky, who passed away in January, after more than a year of fighting for her rights and freedom.

The petitioners and their lawyers, showing you a glimpse of what kind of people they are, filed new motions 8 minutes after Mrs. Bashinsky’s funeral service began. Family members and her legal team attending the funeral simultaneously received text messages alerting them they were being served new motions.

McKleroy and Townsend filed a motion to block a request by the Bashinsky estate to dismiss the permanent petition following Mrs. Bashinsky’s death, a motion to apply sanctions against Mrs. Bashinsky for comments she made to a reporter a week before her death, and (who is surprised by this?) a motion to seek compensation for attorney fees and other expenses.

To her family, friends, and the hundreds of people who were helped by Mrs. Bashinsky’s philanthropy, she lives on in their hearts and memory.

Probate Judge Lee Tucker now oversees the permanent petition for guardianship filed by McKleroy and Townsend, and despite having passed from this Earth, Mrs. Bashinsky’s case is still very much alive. We all know why…the “motion to seek compensation for attorney fees and other expenses” tells us why.

“This is a predatory and exploitive a case as I have ever seen,” stated legal counsel for the Bashinsky estate.

Ditkowsky began investigating and learned the contents of a safe deposit box belonging to Sykes, which contained over $1 million dollars in gold coins and other valuables, had vanished. He also learned Sykes’s primary care physician refused to certify her as incompetent, but the court system found a doctor who contradicted that diagnosis. Ditkowsky was no stranger to corruption in the Chicago legal community, having been encouraged years earlier a bribe to the judge would secure victory for his client. Many of these attorneys and judges were later indicted in Operation Greylord.

Shortly after seeking copies of filings in the Sykes case and reaching out to her physician, Ditkowsky received threatening calls from the guardian ad litem (GAL) and the attorney for the plenary guardian. Ditkowsky, who had been practicing in notoriously corrupt Chicago for years and argued before the US Supreme Court, laughed off the threats.

The GAL and others filed complaints with the Illinois Attorney Disciplinary Review Committee (IARDC), claiming Ditkowsky defamed the court by calling out the corruption. For speaking out and trying to help a former client, the IARDC upheld the allegations against and suspended Ditkowsky’s law license for four years.

“Three times is a pattern.”

It is said that politics brings out the worst in people, as it taps into the things about which people are most passionate. The same can be said for the love of money. When power and money are at stake, it’s no surprise unscrupulous people will resort to dirty tricks and intimidation.

Guardianship abuse is real; these cases are just the tip of the iceberg.

This article originally ran on May 1, 2021 at Townhall.com.

Published on MikeHuckabee.com. Reprinted with permission.