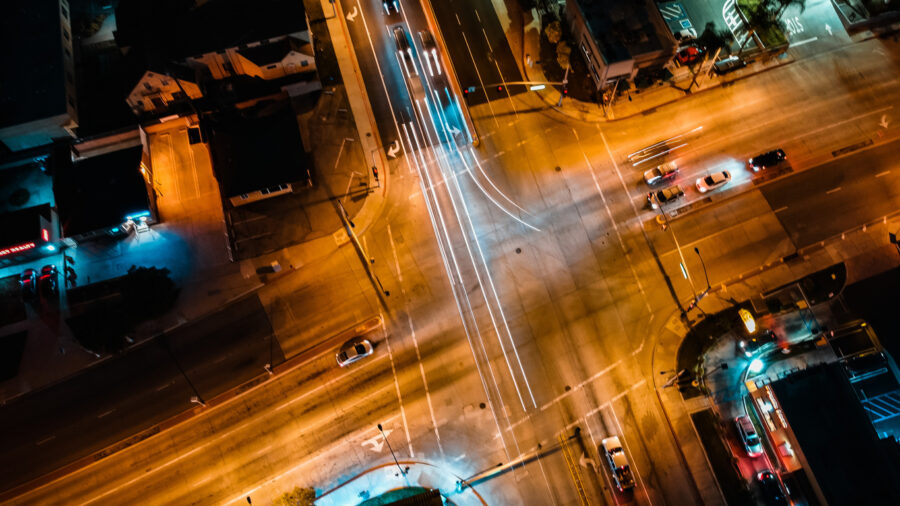 Being a police officer in one of the most violent, high-crime areas of the country brought many dangerous situations. Nearly every day, we were in vehicle or foot pursuits of dangerous criminals. Often, we’d chase a murder or deadly assault suspect into a gang-infested neighborhood. If we saw a suspect flee into one of those neighborhoods, we’d quickly set up a “perimeter.” A police car would be positioned at each of the four corners and then we’d call an air unit (police helicopter) to locate where the suspect was hiding and direct the officers to his location.

Each air unit had two officers, a pilot and an observer — someone trained to locate hiding and camouflaged people. The observation officer would direct officers toward the suspect or locations where the suspect might be hiding. “Officers, turn right, climb over the fence, then walk forward 50’,” was a common command. He could see what we couldn’t — which yards had vicious dogs to avoid (something very common in that area of Los Angeles), where there were escape routes, or obstacles we couldn’t pass.

Despite our trust in the air unit, we often failed to follow his directions. From our perspective, he often appeared to be wrong. “Turn right?” I’d sometimes think, “there’s a big pile of debris over there; it looks easier to go left.” I can still remember his voice often trying to correct me, urging me to listen.

The Change in Perspective

Everything changed when I was invited to spend a day in an air unit. I was training a young rookie and brought him along. The LAPD had seventeen air units back then, yet there still weren’t enough. We sped from one crime scene to another all night long. It was amazing to get the perspective from above. Everything was so much clearer. One could see the entire picture of all the officers, the K9 units, the perimeter; I could even easily see the suspect hiding in many cases. As the observation officer shouted down directions to the officers, I’d become frustrated watching them fail to listen. It was so clear from where we were. We could see everything; they could only see the little part they played. He was moving many pieces in unison toward victory (catching the bad guy), but if any of those pieces didn’t obey exactly what he said, it made the situation much harder. When someone trusted their own instincts over the one who could see the situation much more clearly, failure loomed. If they’d just listen to him, everything would be so much easier.

I became much more effective at my job that day. I learned not to trust in my own narrow judgment but to trust the air unit’s direction. In doing so, I was rewarded with victory much more often. In victory came commendations, rewards, and praise.

When we trust the God who sees all, throwing aside our flawed judgment whenever it is not aligned with Scripture, we see victory. God will reward His people, and what He rewards isn’t according to the standards we use. He doesn’t reward fame, success, titles, crowds, or books sales. God rewards the humble heart that diligently works to build His kingdom.

Ken Harrison joined James and Betty Robison this Monday on LIFE TODAY. Excerpted from A Daring Faith In A Cowardly World by Ken Harrison. Copyright ©2022 Ken Harrison. Published by W Publishing, an imprint of Thomas Nelson. Used by permission.

Memories of the LA Riots