The Wingfeather Saga, a Crowdfunded Animated Series Based on the Best-Selling Books, Streaming Now 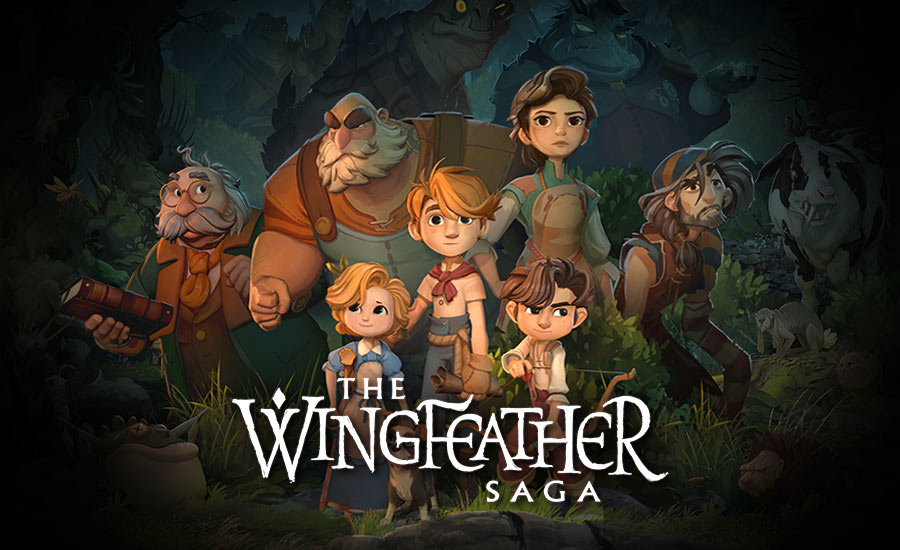 Angel Studios released the first episode of The Wingfeather Saga to their app Friday, December 2 and the second episode December 16. The Wingfeather Saga is a crowdfunded animated series based on writer and recording artist Andrew Peterson’s best-selling fantasy book series for kids by the same name. The crowdfunding campaign broke Angel Studios’ record set by The Chosen. Over 8,000 fans raised over $5 million in less than 20 days, according to a press release.

The Wingfeather Saga follows the Igiby family in their adventures in the land of Dang as they live under the oppression of evil reptiles called “Fangs” and the ruler Gnag the Nameless. The animation for the series has been created by veteran artists from studios like Pixar, Dreamworks Animation, Disney, Blue Sky and Nickelodeon using a proprietary “hand-painted” CGI technique.

The Stream’s Nancy Flory recently attended the red carpet event for The Wingfeather Saga in Nashville, Tennessee, and spoke with creators and cast from the series.

Angel Studios’ co-founder and the Tuttle Twins creator Daniel Harmon said that the importance of faith-based content in today’s culture is “huge.” He explained:

I mean, you can either complain about the culture or you can create it, and that’s what Wingfeather is trying to do, is create more of that culture. That’s what Angel Studios is trying to do, that’s what we’re trying to do with Tuttle Twins and I think that’s the best way to do it, is go out there with positivity rather than trying to tear down something else that you might not agree with.

Ellie Holcomb plays “Ferinia Swapleton” in The Wingfeather Saga. Holcomb said that working on the series was very exciting. “I’m a massive fan of this series. … To watch it as I was speaking the lines of my character — I really about fainted. So, it’s kind of a dream that I didn’t even know I could dream that has come true in real life.”

Child actor Griffin Robert Faulkner, who plays the lovable “Tink,” said he loves “the craziness of his character, and how he is always up to do the mischievous thing, but it always ends in disaster, but it’s always funny.”

Teenager Ari Johnson (The Old Man & The Gun, 2018), who plays “Sara Cobbler,” said she relates to her character in many ways. “She’s very fierce and strong and she can take care of herself, but she also is very kindhearted. She has an appreciation for others and is very empathetic. I really like her character.” While this is her first voice-acting experience, Johnson has movie and theater experience under her belt.

Jodi Benson, who has had voice-acting roles like Ariel (The Little Mermaid, 1989) and Barbie (Toy Story 2, 1999 and Toy Story 3, 2010), said her role in The Wingfeather Saga as “Nia” was very different. “It’s fun to play a character that is older and it’s fun to play a character that is a mom. So, to bring that element of who I am as a mom has been really magical for me.” The character of Nia is powerful and brave, she added. “She turns into this incredible mama bear that I can connect to.”

Jodi hopes that audiences can join into The Wingfeather Saga’s world:

The Chosen Premiere: A Night on the Teal Carpet